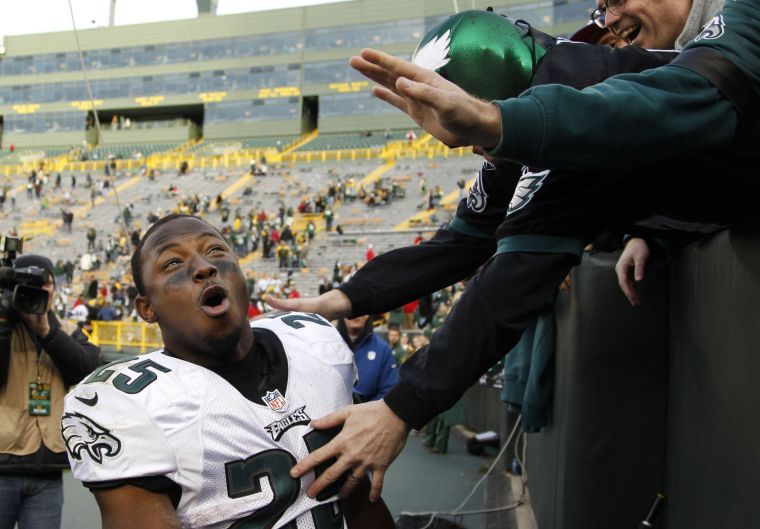 Former Pitt running back LeSean McCoy amassed the most yards (10,434) of any back during the 2010s.

Fitzgerald made the most of his short two years in the Steel City. He accounted for 34 touchdown catches — a record to this day — and second most total receptions in Pitt history. In the NFL, Fitzgerald spent all of his 16 seasons with the Arizona Cardinals and earned a reputation as one of the league’s steadiest pass-catchers. He owns both the second highest number of catches (1,378) and receiving yards (17,083) in NFL history.

McCoy was another two-year standout at Pitt before declaring for the draft in 2010. Since then, he has earned six Pro Bowl selections while amassing the most yards (10,434) during the 2010 decade.

Revis was a lockdown defensive back for the Carolina Panthers from 2004-06. After being selected in the first round by the New York Jets in 2007, he went on to intercept 29 passes and defend 139 in 11 seasons. A 2014 Super Bowl Championship with the New England Patriots capped his already illustrious career.

Donald, a Pitt star for three years before leaving for the draft in 2013, was one of the eight unanimous selections for the All-Decade team. In his six seasons with the Los Angeles Rams, Donald has become the most feared defensive lineman in professional football. Back-to-back NFL Defensive Player of the Year awards from 2017 and 2018 have made him a routine victim of opponent double teams.

Pitt’s total of four former players selected is tied with California-Berkeley for the most of any school in the country.