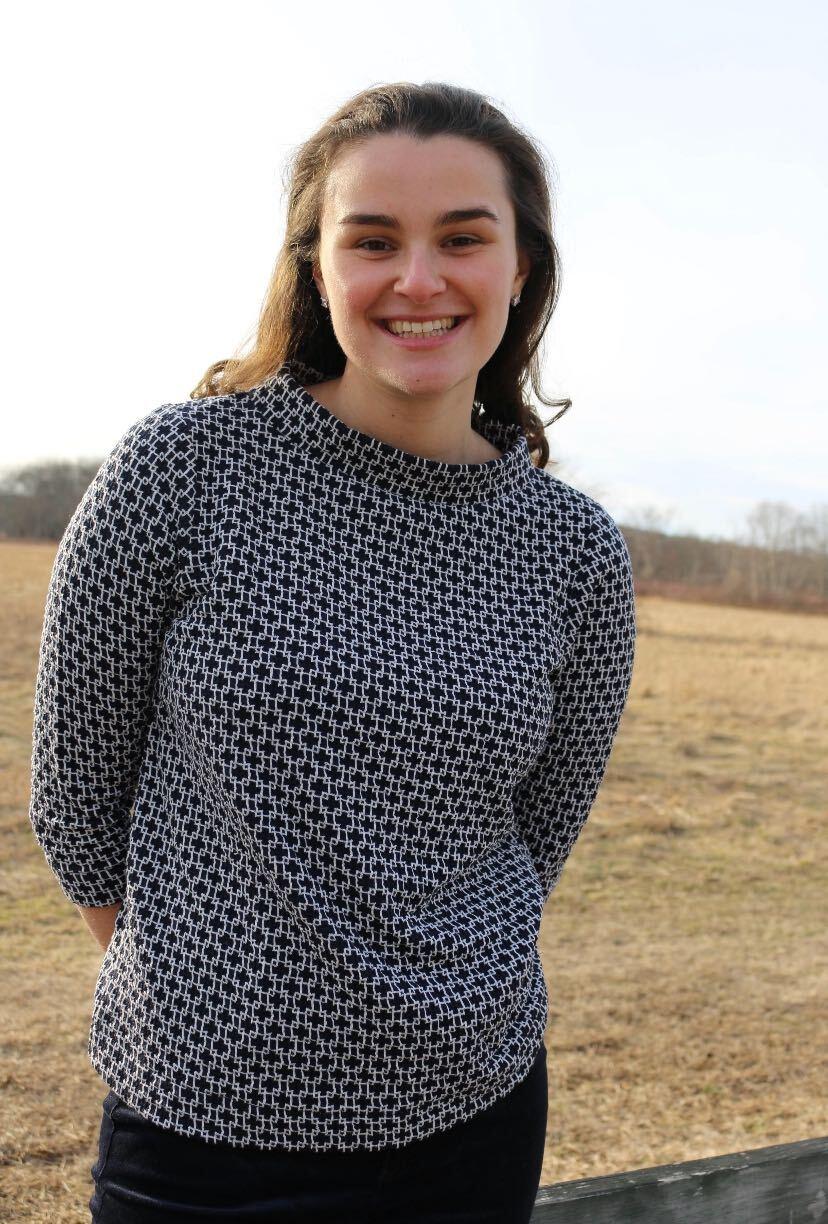 When Mary Roche delivers speeches about stalking, physical abuse and coercion in real-life college relationships, she uses a pop culture reference as a jumping point — “Twilight.”

“You’re going to come out of this presentation, and be like ‘You know what was actually trash? Bella and Edward’s relationship,’” Roche said to a room of about 40 members of the dance group Pitt PantheRaas. “A lot of people don’t actually think about why their relationship is so unhealthy.”

While presentations on domestic violence don’t often generate laughs, Roche, a Sexual Assault Facilitation and Education peer educator, finds it helpful to list the problematic aspects of the famed fictional couple. Her examples of Edward watching Bella sleep as a classic example of stalking and Edward’s use of coercion in not allowing Bella to visit her friends and family caused the students at her Healthy Relationships talk to erupt into laughter.

“Humor is good for the audience,” Roche said. “It’s also good for us as facilitators just because it gives everyone a second to breathe and have some comedic relief.”

While Roche, a senior political science major, always likes to keep an audience laughing, her staunch advocacy for survivors of sexual assault and strong desire to stop sexual misconduct at Pitt is unmistakable.

Roche has been a SAFE peer educator for the past year and a half. She’s been giving presentations on healthy relationships, consent and bystander intervention for various clubs as well as Greek organizations.

Roche entered the sexual assault prevention advocacy movement at Pitt first as a member of the club Pitt Agents of Cultural Change and then as a peer educator. She was inspired after watching highly publicized news stories like the #MeToo movement and Christine Blasey Ford’s testimony against now Supreme Court Justice Brett Kavanaugh. She said she realized how many people are affected by sexual violence after victims’ stories were told by the media.

“The #MeToo movement hit a tipping point for my involvement and with the Kavanaugh hearing it really struck me that [these stories are] not so new and not surprising to anybody,” Roche said. “I think when you see it all around you and it’s amplified as such a massive issue, I just wanted to jump right in and get involved.”

But Roche said she stayed in the movement because she wants to help survivors.

“I really care about survivors out there genuinely. To just brush it off your shoulder as something that doesn’t directly impact you is super ignorant,” Roche said. “You should care because it’s an absolutely horrific thing that happened to somebody and what’s going on is wrong. This individualistic mindset is so gross to me.”

For Roche, empathizing with survivors and convincing others to empathize with survivors, even if they were not directly impacted by sexual violence, is crucial. According to RAINN, a non-profit anti-sexual assault organization, every 73 seconds an American is sexually assaulted. Roche said this means using the commonly referenced line “Imagine if it was your daughter” is more selfish than helpful.

“A lot of the people make the argument with sexual assault about imagining if it was your daughter,” Roche said. “I’m just like, why do you have to imagine if it was your daughter? You should care regardless if they are related to you or you know them, because that’s how being a good human being works.” She later emphasized, “If we want to see real change happen, we need to think about everyone impacted by sexual assault, not just those you have personal connections to.”

Beyond Roche’s work as a peer educator, she also has other campus involvements. She is a resident assistant and was also recently selected as one of the 12 members of Chancellor Patrick Gallagher’s Advisory Council on the Prevention of Sexual Misconduct, a new advisory group created in response to the AAU campus climate survey. The group met for the first time on Feb. 21.

Roche said she will support an expansion of the Office of Sexual Harassment and Assault Response and Education office, more education for students to learn about the Title IX office and a greater focus on graduate students’ concerns surrounding sexual misconduct while on the council.

Roche said that while her work can be tiring sometimes in balancing school and extracurriculars, she is grateful that it all intersects in some way.

“This work is really exhausting in a lot of respects,” Roche said. “But, this work all kind of intersects. With Res Life we’re trained in reporting, and from my sexual assault prevention work I know how important my response is if they do report, for example.”

The AAU campus climate survey reported on numerous facets of domestic and sexual violence across campus, but Roche often references in her presentations that 9.9% of Pitt students who had been in relationships had experienced intimate partner violence. Roche said these findings were saddening, but not surprising.

“I was really upset. I was devastated,” Roche said. “You never want to see results go up across the board. That being said, I do think it reflects a larger national trend. I’m happy that Pitt is working to address it within their own community.”

Carrie Benson, the prevention and education coordinator for the Title IX office and staff advisor for SAFE, said Roche is a wonderful activist whose skilled communication abilities make her a valuable asset to SAFE and the Chancellor’s Council on Sexual Misconduct.

“Mary is skilled at listening to people who might have a different opinion than she does,” Benson said. “She tries to understand where they’re coming from and uses her knowledge and expertise to connect with them instead of pushing them away.”

Roche said she has faced tests where it was difficult to maintain her composure, specifically when presenting for more than 100 members of Greek life. Roche vividly remembers one Greek life presentation where she presented a scenario where a roommate is smoking weed every day, and she asked the audience how they would respond. Roche said one member of the audience raised his hand, looked her straight in the eye, and said “Yeah, I would smoke the weed for him.”

“Like, who trains you to answer that question,” Roche said. “I’m looking at him and I say, ‘Can I get another answer please?’ because that’s not going to cut it for me. I understand that this is a coping mechanism [for when people get uncomfortable with the things we discuss], but if I see that you’re not taking this seriously we’re going to have a really big issue.”

“There was one presentation where someone thought it would be fun to give an inappropriate answer, and I was ready to double down. But before I could fire back, she just opened her mouth and moved it right along,” Lipsky said. “I love seeing her being vocal and angry and fired up. She has a lot of fire in her, and I really respect that.”

Roche said she sometimes finds herself developing a cynical attitude because of the bad experiences.

But for every negative experience, Roche said there is one equally as uplifting. She said impacting even one person is what keeps her pushing forward.

“I was presenting with two other people to all fraternity guys, and we were in this really horrible room in the Union,” Roche said. “We were talking about PAAR, which is a crisis center for survivors, and one kid after the presentation came up to me and asked ‘My friend went through this, what can I do to support a friend?’ So I’ve seen people genuinely impacted by these presentations, and even if it’s one person, that’s enough.”

But while Roche believes prevention education can and is making a difference on campus, she is quick to point out that it isn’t the only course of action. Roche helped draft a response on behalf of SAFE to Education Secretary Betsy DeVos’s proposed Title IX regulations.

Some of these regulations include narrowing the definition of sexual harassment, holding schools accountable only for formal complaints filed through proper authorities and that specifically occured on campus, plus a higher legal standard to determine if schools improperly addressed complaints. Roche said these changes could be dangerous for survivors of sexual assault on college campuses across the country.

“Prevention can’t carry everything,” Roche said. “Betsy DeVos is trying to change Title IX regulations, and that from a policy standpoint is super harmful, because it will impact survivors and their ability to access resources on campus.”

After graduating this April, Roche said she isn’t sure what career path she will take, but she hopes to tie in sexual assault prevention in some capacity. Roche said that from her time at Pitt she’s learned how to help change a culture that stigmatizes sexual assault, even if she can’t completely stop it.

When talking about sexual assault whether at Pitt or at a job, Roche stresses that everyone follow two simple rules — learn and believe survivors.

“With regards to sexual assault, learn. People have presumptions, but it’s important to sit back, listen and believe survivors,” Roche said. “Talking about sexual assault can be uncomfortable, but to really address these issues, people need to acknowledge that uncomfortable feeling.”