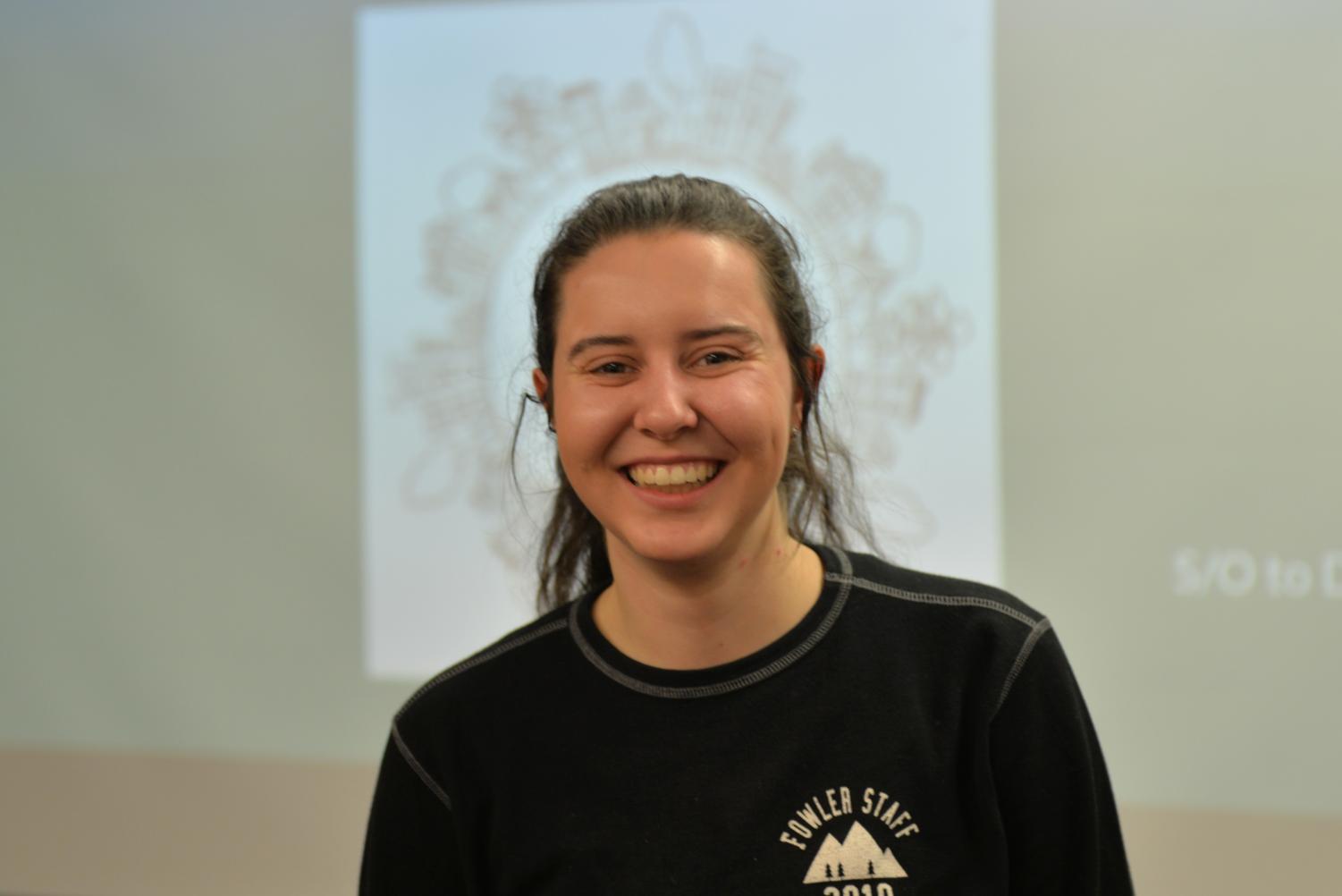 Ashley Van Slyke: Reshaping how we reach others

Growing up, Ashley Van Slyke was used to helping people in her community, frequently volunteering with her family and church. Her main problem was figuring out how to do that professionally.

“Originally, I wanted to join the military … and then I was like, ‘Oh no, I’ll be a teacher!’ And then I realized I didn’t really want to be a teacher,” she said. ”My mom suggested nursing, so I shadowed a community health nurse that my dad knew, and I immediately fell in love with it.”

Van Slyke is now a junior nursing major at Pitt, as well as one of the founders of Oakland Outreach, a club dedicated to decreasing mental health stigma and increasing education on the subject. Following her epiphany in high school, she’s thrown herself headfirst into the world of nursing, having finally found a profession that combined all her passions into one job.

When it comes to the world of health care, Van Slyke said there are plenty of underserved people. In particular, she finds adults with serious mental illnesses — such as schizophrenia, bipolar disorder and personality disorders — and substance use disorders do not always have the support they need.

“[Adults] are a completely different population … if you look at a lot of our mainstream media, we really, really value kids,” Van Slyke said. “There’s this huge gap in care for older adults with psychiatric diagnoses.”

In addition, Van Slyke said, hospital nurses are sometimes apprehensive of patients with serious mental illnesses and substance abuse disorders. During her clinicals, Van Slyke has witnessed professional nurses make negative comments about these patients and saw them receive a lower quality of care.

“[Nurses] are supposed to … care for you and support you and advocate for you,” Van Slyke said. “That feels contradictory when you see them also, kind of, stigmatize towards their patients.”

Van Slyke was disturbed by how little society seemed to care for those with serious mental illness.

“There is literal data showing that we are not providing good care and support and treatment to these individuals,” Van Slyke said. “Why is this happening? Why aren’t we changing?”

Witnessing the treatment many adults received, Van Slyke and Jamie Manganti, a junior nursing major who worked with Van Slyke in her clinicals, grew frustrated. Over lunch, they often complained about the behaviors of their peers, Manganti said.

Van Slyke and Manganti formed Oakland Outreach in fall 2019. The club’s mission is to decrease stigma and increase education about mental illness. Now, they estimate they have about 15 to 20 active members. One major aspect of the club is volunteerism, including participating in other health care organization’s initiatives.

“By actually bringing students to interact with people who live and struggle with substance use, opioid use, mental health every day, they’ll better be able to understand … they’re people,” Van Slyke said. “That was kind of the point of the volunteer aspect. And to assist, obviously, places in Pittsburgh that are doing great work by helping mental health populations.”

In addition to the work done through Oakland Outreach, Van Slyke is a part of the Undergraduate Research Mentorship Program in the School of Nursing. Through the program, she does research with nursing professor Judith Callan on an app for cognitive behavioral therapy homework with veterans. Callan said Van Slyke is an asset to her research and that she plans to list Van Slyke as a co-author on a paper Callan is currently writing.

“What makes [Van Slyke] really great is that everything she does, she does well. She has the highest standards, and if she doesn’t know how to do it she’ll learn how to do it,” Callan said. “She’s very reliable. I mean, she’s one of the most reliable people I’ve worked with.”

Van Slyke is also working on an honors thesis for the Bachelor of Philosophy offered through the University Honors College. According to Heeyoung Lee, Van Slyke’s honors adviser, Van Slyke is doing her own research on mental health literacy.

“When she came to see me, we talked about her … research, and she kind of made her own plan,” Lee said. “She wants to help students to understand mental health.”

“Those programs are really great … [but] only short-term after they’re done,” Van Slyke said. “But what is seen in the literature is that they’re not so great at having long-term knowledge.”

“Looking at the studies there was … stark contrast between the intended and reported behaviors, especially when you crossed into looking at [serious mental illnesses] versus anxiety and depression,” Van Slyke said.

According to Lee, Van Slyke has reached out to the various schools within Pitt for her thesis project. Lee said she was struck by Van Slyke’s drive and passion.

“She has actually tried to make some differences by taking some actions,” Lee said. “And I think that’s different than others — it’s not only in her mind.”

After her time at Pitt, Van Slyke plans to go to graduate school to get her Doctorate of Nursing Practice. She wants to work in a community setting as a psychiatric nurse practitioner.

“What I want to do after graduation is … work in a community setting, providing care to low-income individuals, specifically who have substance use, opioid use, and serious mental illnesses,” Van Slyke said. “They’re a really underserved population, but it’s growing daily, especially among adults. It’s really an epidemic that’s going to come to fruition in the future.”

Many, like Manganti, describe Van Slyke as caring — she believes empathy is the basis of nursing.

“I think empathy is the key to helping people because it allows you to connect,” Van Slyke said. “A drive to help others in a way that improves every day … That strive to be better, but for the purpose of helping others to be better.”