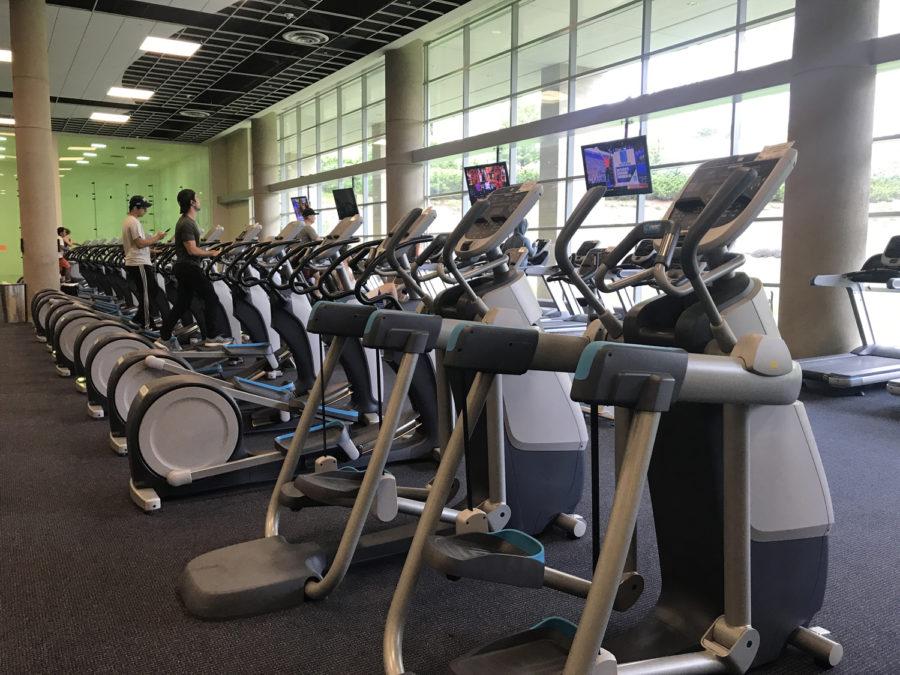 Many athletes don’t have access to much of the equipment they normally would to train and have had to adapt to at-home workouts.

Organized sports in the United States are now paused due to coronavirus concerns, and the athletic world has come to a grinding halt. But players still need to stay ready for next season.

The vast majority of Pitt’s student-athletes have already moved off-campus and are adjusting to keep up with their training regimen at home. But like many Americans across the country adjusting to working remotely or forgoing an in-person graduation ceremony, college athletes are feeling blindsided by the sudden end to their seasons.

Only 16 games into his first collegiate baseball season, Pitt baseball head coach Mike Bell sat first-year catcher Nick Vera and his teammates down in the middle of practice in mid-March to inform them that the NCAA had just cancelled all 2020 spring sports. Vera had to quickly change his plans for the next few months.

“Since all of this came out of nowhere and shocked the world, I didn’t really have a backup plan, so I had to improvise,” Vera, now back home in Florida, said. “I do this by working out in my garage to stay in shape. And to stay at the top of my game, I frequently go to a public park in my area that has a baseball field and is still open.”
Many athletes don’t have access to public facilities like Vera. Amanda West, a first-year women’s soccer player, said she didn’t expect so many gyms and soccer fields to be closed down because of the coronavirus. Instead, she has to find creative ways to stay fit.

“Training under these conditions is definitely harder since I personally don’t have access to weights, like I would with the weight room for lift,” West said. “Obviously practicing with my teammates and coaches gives me higher quality training and fitness than doing at home workouts.”

Instead, her head coach Randy Waldrum has West and her teammates use an app that allows them to coordinate multiple drills that can be performed alone. The plan requires them to get a few hours of touches on the ball each week, helping their technical abilities remain intact during the break. West has also implemented her own workout routine of sprints, jogs and bodyweight circuits.

But spring sports athletes weren’t the only to have their seasons cut short. The Pitt gymnastics team’s season came to an abrupt end in March, before an end-of-the-year meet at the Ohio State University. First-year Ciara Ward received some good news a few weeks later, however, as she became one of five Panthers to earn all-conference honors.

Her team comes up with an indoor workout program every week, using household items like canned food or water jugs as weights. But there is not much they can do to work on their particular events without access to a training facility. The hardest adjustment, Ward said, is practicing without her teammates.

“I miss having my team supporting and motivating me to get better everyday,” Ward said. “Before every competition my coaches would have everyone write down what fuels us. For me it was my team and not being able to see them is the toughest thing about this quarantine.”

For this reason, the Pitt volleyball team has emphasized staying in touch with each other throughout the process. Twice a week, the players meet on a Zoom call and do their home workouts, provided by strength and conditioning coach Mary Beth George, as a group. The Panthers have two workouts a day — one cardio and one strength — meant to emulate their daily schedule in Oakland of morning lift and afternoon practice.

“[This training] has been super helpful to keep ourselves not only accountable, but something I really look forward to so I can see my teammates and workout with them,” junior outside hitter Kayla Lund said. “Something that we used to do for hours and hours everyday.”

While Lund also spends a lot of her new free time watching film both at the collegiate and professional level, some players have leaned on their siblings as practice partners, like first-year setter Lexis Akeo and junior right-side hitter Chinaza Ndee. Akeo’s older sister, Kamalani, a former Pitt volleyball player herself, has helped her sister with setting drills and workouts at home.

“When I find myself getting distracted or off-task, I refocus and remind myself of my team’s vision,” Akeo said. “That has been the real motivator for me in my workouts and school work.”

Similarly, basketball players have made sure to perform ball handling drills at home. First-year guard Emy Hayford has performed drills that involve tennis balls and dribbling two balls at the same time to work on her hand-eye coordination.

Both Hayford and Akeo manage their schedules differently since both live outside of North America. Akeo, who lives in Hawaii, and Hayford, residing in the Netherlands, have adapted to hours that are wildly different from their teammates’.

“I had to get used to having my classes at different times because of the different time zone,” Hayford said. “But now I have created a routine and I found the balance between classes and workouts.”

Although the athletes have appreciated the opportunities to stay in shape and attempt to tone their crafts, they all value the importance of routine during these highly irregular circumstances. Student-athletes normally operate in a strict, highly scheduled environment, which they’ve tried to recreate through their own willpower.

“A quote our team follows is: ‘The worst routine is no routine,’” Ndee said. “We’ve all been trying to structure our days as much as we can, in order to remain on track with our goals and find a rhythm during this unprecedented time.”

Beyond the realm of organized athletics, Hayford encouraged anyone stuck at home to try maintaining a workout routine, no matter how small.

“Eventually everything will go back to normal and you want to be able to get used to ‘normal’ life as quickly as possible,” Hayford said. “You don’t have to do anything crazy that you wouldn’t do normally, but just make sure you stay healthy, which is more important now than ever.”