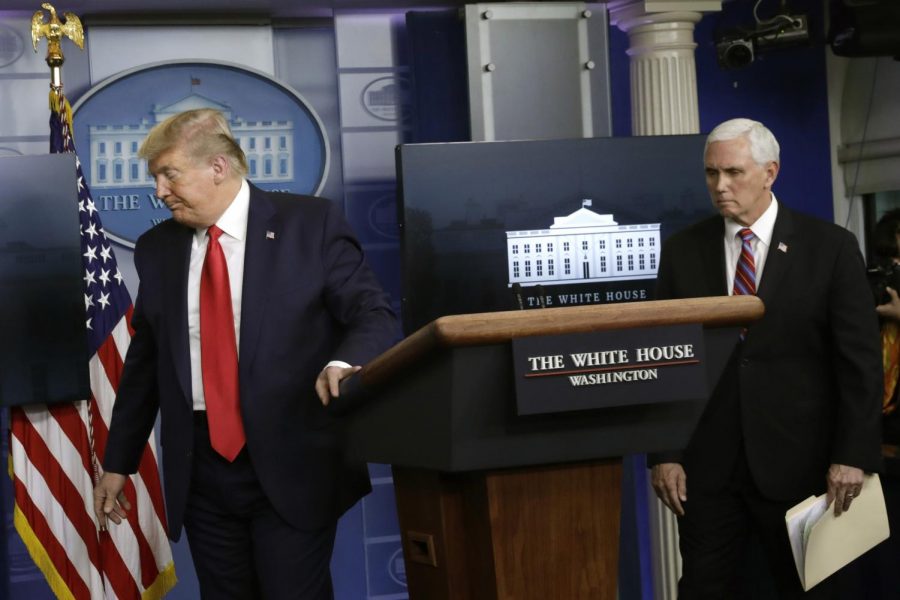 At a coronavirus task force briefing on Monday, President Donald Trump called CBS reporter Paula Reid “so disgraceful” after she asked him what his administration accomplished in February in terms of coronavirus response.

Trump’s response to Reid’s question involved the aforementioned insult, as well as asking why Biden “wrote a letter of apology” for accusing Trump of xenophobia — a letter that Biden’s campaign says doesn’t exist — and why the Democrats accused him of “acting too quickly.” This was largely an attempt to shift the attention and blame for the COVID-19 outbreak onto his adversaries. Trump needs to remove this partisan attitude from his dealings with the pandemic and simply focus on giving Americans factual information.

Trump even went so far as to air an ad-like campaign video at Monday’s briefing. During the screening of this video, CNN cut its live coverage of the briefing, deeming the video propaganda in the stream’s chyron. This video featured clips from different news outlets, graphics and text that defended Trump’s response to the pandemic.

“The media minimized the risk from the start, while President Trump took decisive action, even as partisans sniped and criticized. Bipartisan governors recognize the president’s support,” the video’s text read.

It seems like Trump is attempting to use these briefings to bolster the public’s faith in him and the competency of his response. While this may be a useful strategy to stop his approval rate from slipping, it is certainly doing more harm than good.

Yes, there are political aspects to the pandemic. For example, marginalized groups such as people of color and low-income individuals are often more susceptible to the virus, and usually lack access to proper health care or treatment. Additionally, these groups often are unable to work from home despite guidelines that advise this.

However, these are not the issues that Trump brings up during briefings. More often than not, his statements simply dissolve into him bashing Democratic politicians — and sometimes these statements don’t even create meaningful partisan discussion.

The reality of the situation is that Trump cannot continue to wedge partisan politics into these briefings. It is upsetting and harmful to the Americans who are impacted by the pandemic — from those caught in the economic upheaval to those who are sick or know someone who is sick — to be confronted with Trump’s rants against Democrats when they’re looking to stay informed about the current state of the pandemic.

After all, that’s what the coronavirus task force briefings are intended to do — update and inform the American public. They are not a campaign rally. They are not a political debate. And they certainly are not a space for the president to air his grievances about his supposed mistreatment in the press.

Some Republicans believe it would be better for Trump to bow out of these briefings almost entirely, turning over the mic to health care professionals and experts. While this might prevent the spread of misinformation, something Trump often perpetuates when he speaks during the briefings, we won’t ask for him to completely leave the briefings. All we’re asking is that he leave the partisan politics on the campaign trail.