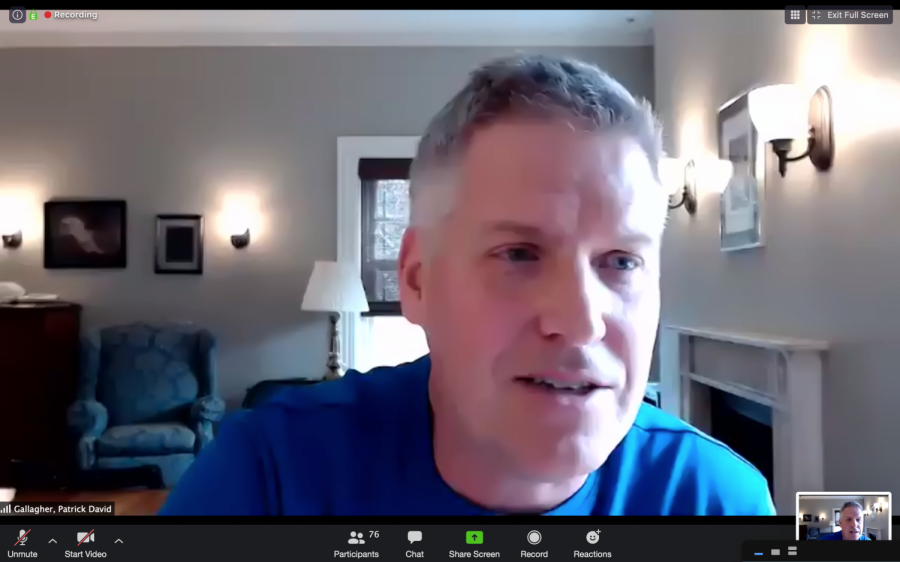 With the effects of the COVID-19 pandemic felt internationally, Chancellor Patrick Gallagher said it is unlikely that Pitt will return to full operational status in the fall semester.

“Back to normal is probably not likely for the fall because there will be no vaccine or widespread immunity,” Gallagher said. “The operational status of our campus is going to be determined by what the public health officials think is needed at the time.”

He and other University leaders discussed multiple items related to the COVID-19 pandemic, such as Pitt’s future operating status and an uncertain budget outlook, at Thursday afternoon’s Senate Council meeting held via Zoom.

Gallagher said Pitt is preparing now for what the “new normal” will be next fall. He said students and faculty will receive initial guidance of Pitt’s plans in mid-to-late May, but that the University will not make any concrete decisions until the later half of the summer. Pitt has already decided that summer classes will occur online, and canceled all fall and full-year study abroad and study away programs.

“The question for us is what kind of off-normal should we be planning and preparing for,” Gallagher said. “As crazy as this last month has been, we may be in for 12 to 18 months of this.”

To jump-start this planning process, Provost Ann Cudd will establish a taskforce after the April 26 virtual commencement to plan for several different scenarios of what the fall semester might look like. Gallagher said the taskforce will include members from all levels of the University.

“We want to get student views, faculty views and we’re even putting some epidemiologists on there, who are likely to know what the public health officials are going to say,” Gallagher said.

Gallagher added that the University currently only knows how to remain completely open or closed, and that the taskforce may explore an in-between “hybrid” model.

“We know how to close our campus and we know how to run it wide open,” Gallagher said. “Can we come up with a flexible, agile model that will allow us to go back and forth?”

Gallagher acknowledged that this approach might be difficult to institute in practice, especially in crowded areas of campus, such as residence halls.

“The hybrid model is difficult to do and will raise profound questions,” Gallagher said. “Can the dorms be full? Does that mean single-occupancy rooms? We have to see what’s going to be realistic.”

Gallagher said the University has seen about 20 cases of COVID-19, but has gone seven days without a new reported case. He stressed that Pitt’s knowledge is limited, though.

“Once people left, there was no natural reason left why they had to report,” Gallagher said. “But the cases have been flattening off here.”

“If we could get back to campus in some way shape or form, that would be great,” Macandangdang said after the meeting. “I think we have to create a lot of Plan Bs and Plan Cs for the upcoming months.”

Chris Bonneau, the president of Pitt’s Senate and political science professor, said faculty look forward to working closely with the administration through the crisis.

“There’s a real engaged and collaborative spirit throughout this,” Bonneau said. “If you ask my six-year-old what I do, he’ll tell you I sit in meetings. It’s a multiple hour event, just about everyday.”

For the approximately 500 students who currently remain on campus, including international students, Gallagher said they would be able to stay for as long as they need.

“Our position is clear — if they don’t have a safer place to go, they’re welcome to stay,” Gallagher said. “We’ll make plans after the spring term to see how much housing we need to make available for them.”

Gallagher said the fall semester’s uncertainty is accompanied by many unknowns in the University’s financial situation — Pitt has already lost $30 to 40 million related to the pandemic thus far, while picking up about $10 million in cost savings. He said the bleak financial picture is due to almost every major source of Pitt’s revenue — tuition, room and board fees, state funding and general fundraising — being unsettled.

“Almost every type of revenue we depend on has become uncertain,” Gallagher said.

As part of the federal government’s $2.2 trillion coronavirus economic rescue package, Pitt will receive nearly $21.3 million in emergency funding, with at least half of the money going to emergency financial aid grants for students. Gallagher said Pitt has not received clear guidance about the money, but said the University is hoping to provide details next week regarding how to request grants.

Macadangdang said after the meeting that he hopes the administration to ensure the students who are the most vulnerable, and those who need it the most, receive the federal money first.

Looking at next year’s budget, Gallagher said the University will not ask students to pay for services they are not using, similar to the partial refunds of room and board fees this semester. He added that it is unlikely tuition will increase, halting the trend of yearly tuition hikes.

“It’s very hard for me to imagine upward movement on tuition at a time when families are being so compressed economically,” Gallagher said. “No big moves on tuition.”

Macadangdang said after the meeting that if students are not on campus, he hopes the administration will refund fees for on-campus services that can’t be utilized remotely.

“My hope is, at the end of the day, that students are not going to be negatively impacted by the decisions the University is going to make financially for tuition,” Macadangdang said. “Removing these unnecessary fees, matched with increased need-based financial aid, is what I think is the next best step.”

Gallagher said Pitt is in good financial shape, due to recent debt restructuring and other financial moves, to weather what he said is likely the “most difficult” financial environment the University has ever faced. Despite this, Gallagher expects to put together a “pretty austere” budget with non-essential expenses put on hold, deferred construction and hiring freezes.

“While this is a very real financial crisis, it doesn’t happen to us immediately,” Gallagher said. “It means we can make the decisions about how we deal with the finances at a point when there’s much more certainty about what life looks like after this COVID pandemic.”

Gallagher added that he will also extend the Plan for Pitt 2025 strategic planning for six months, releasing an initial draft and then allowing community members to weigh in.

“There will be opportunities that come out of this,” Gallagher said. “We want to have time to reflect on what those might be, and how we can position ourselves to take advantage of it.”

Despite the challenges posed by the pandemic, Gallagher said he has been impressed by the Pitt community’s resilience to the crisis.

“Everyone has stepped up and put in enormous effort,” Gallagher said. “Supporting each other — that’s kind of our Pitt core DNA. We will be able to look out for each other and support our students, our faculty and our staff and our communities, as we go through this.”

Gallagher encouraged the University community to remain positive through the pandemic and remember brighter days are ahead, citing a quote from former British prime minister Winston Churchill.