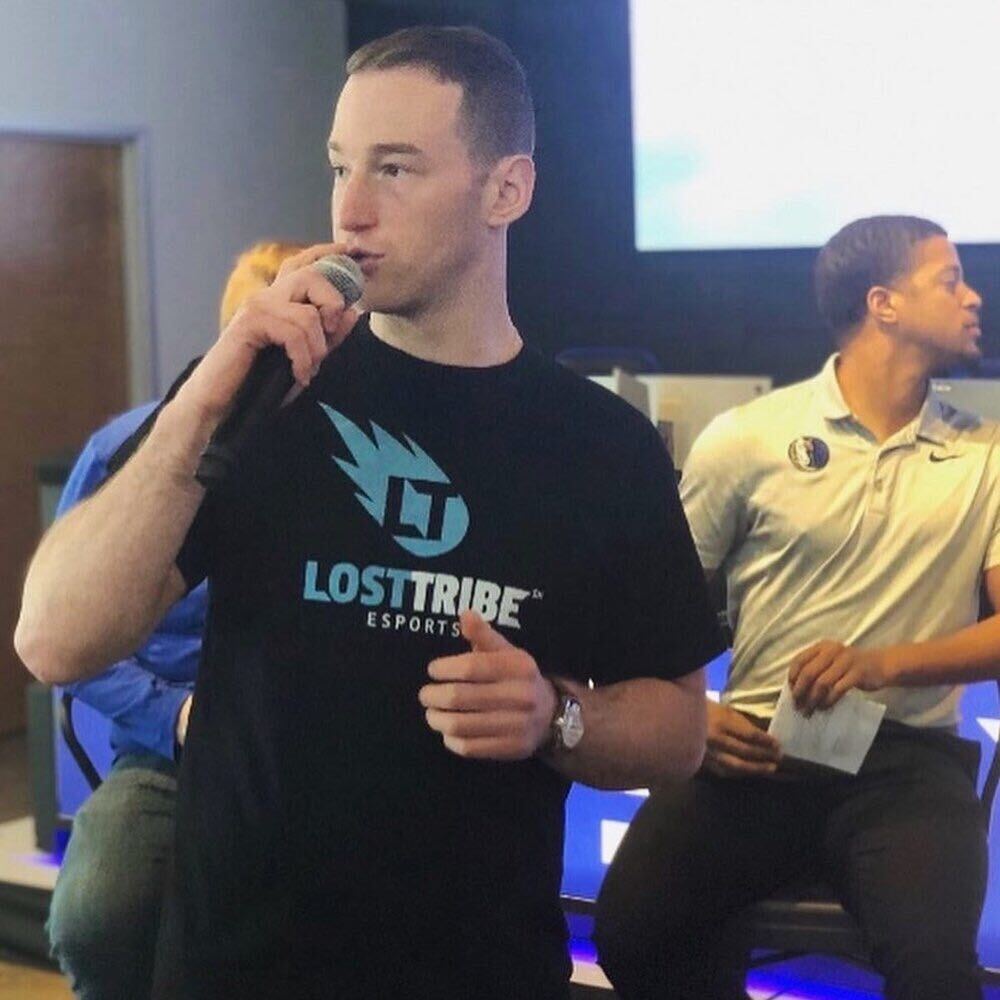 Andrew Exler: Spreading love in the wake of hate

Andrew Exler remembers the day of the massacre at the Tree of Life synagogue vividly.

His family belongs to the synagogue’s Tree Of Life*Or L’Simcha congregation, where his parents and grandparents were both married and Exler himself had his Bar Mitzvah. The Squirrel Hill resident recalls the confusion that came the day of the shooting, Oct. 27, 2018.

“I was sitting at my table in my kitchen and noticed that there were a lot of police sirens, which is very unusual around here. I remember wondering if there was a fire or something,” Exler said. “Then I got a text from my dad about what was happening, and then after that group texts started blowing up from everyone. After that, we were just trying to figure out how to comfort everyone.”

The rest of the day is a blur for Exler, but one that he cannot forget. Family and friends met at the Squirrel Hill Flower Shop — a family-owned floral store on Murray Avenue. He huddled close with his family, friends and now-fiancee as they read the names of their neighbors and friends in the news stories listing the deceased. The shooting affected not just Tree of Life, but the two other congregations which share the building — New Light and Dor Hadash.

The shooting is etched into Exler’s memory forever. But since then, he has found multiple ways to bring love, compassion and hope to the community. One way to do this is with a tradition he created with some friends and football fans within Pittsburgh’s Jewish community.

Menorahgate started out as an event between seven friends, but it now attracts dozens of members of the community and, in recent years, people from all over the world. Just weeks after the shooting in 2018, Exler and his group of friends decided to take the tradition to a new level and make Menorahgate a fundraising event for Tree of Life.

“The game [we were planning to tailgate at] wasn’t ’til mid-December, but we started a Facebook fundraiser at the beginning of November hoping to meet our goal of $1,000,” Exler said. “We ended up raising $5,000 within three hours, it was something crazy.”

The Menorahgate fundraiser slowly gained traction in the local community and around the country after the initial public takeoff on Facebook on Nov. 12, 2018. Soon, celebrities and NFL players were sharing the fundraiser on social media. Before the end of November, Menorahgate had raised $20,000 for Tree of Life, and by the day of the football game, on Dec. 16, 2018, donations peaked at $30,000.

The impact of Exler’s event inspired him to get more involved with Tree of Life and activism for Pittsburgh’s Jewish community. Exler, a 2013 alum of Ohio University who received a certificate in accounting from Pitt’s College of General Studies in 2018, is now 29. He has a youthful look, easily passing for a recent college graduate. It’s not immediately apparent that he is leading a movement of positive change for an entire community, but those who know him would never second-guess his abilities and his strong love for Pittsburgh’s Jewish community.

Since leading the large Menorahgate fundraiser, Exler has taken on multiple leadership positions at Tree of Life. He’s a board member, runs the congregation’s social media and started a young adult group called the Young Jewish Community. This was part of Exler’s goal to get involved with the congregation from a young adult perspective.

“I sat down with one of the rabbis for lunch to see where we can really help out, because there is such a gap in Jewish synagogue life — there’s the much older demographic and then there’s the demographic of families,” Exler said. “If you’re a young adult and you’re not married and you don’t have kids, you might think that there isn’t a place for you there.”

Exler started the Young Jewish Community with a group of community members, including his life-long friend Zachary Schwartz, who grew up at Tree of Life and attended the Emma Kaufmann summer camp of the Jewish Community Center with Exler.

Exler serves as YJC president, while Schwartz is the vice president and treasurer. The pair said the goal of the YJC group is to plan events for the younger members of the Jewish community — from going out for drinks after synagogue services to attending Pirates games as a group to celebrating Jewish holidays together.

“After the shooting, Andrew and I and some other people got together and we decided that we had an obligation to make sure that the future of our synagogue continued,” Schwartz said. “At first, we weren’t sure if [Tree of Life] had a future. So we put together this group.”

Schwartz said the group is designed to get millennials who went to the synagogue as kids back into the community, and also to get young Jewish families to come to the synagogue as members in order to regrow numbers and memberships. Between the YJC, his presence on Tree of Life’s social media and board, Exler is extending his reach beyond just the Squirrel Hill Jewish community.

Exler said he and another young woman on the board “bring the median age down” and that the ultimate goal is to eventually get back into the original Tree of Life building on Wilkins Avenue, as services are now being held at the Rodef Shalom Congregation in Shadyside. Friends of Exler said he is doing an incredible job supporting and uniting the young Jewish community in the City. One of those friends, David Kaplan, is new to Pittsburgh, and Exler’s work has helped him find his place in the City.

Kaplan, an assignment reporter for WTAE-TV, is originally from Roanoke, Virginia, and moved to Pittsburgh in 2015. He met Exler through a cystic fibrosis fundraising event.

“Andrew and I just happened to do the fundraiser at the same time that year, and both being Jewish, we just gravitated toward each other, and we became good friends coming out of that,” Kaplan, a Shadyside resident, said.

Working in Pittsburgh at the time of the Tree of Life massacre, Kaplan was reporting on the shooting. He went to funerals, spoke to people who knew the deceased and shared that information through TV and the internet. As a Jewish person, reporting on an anti-Semitic hate crime was incredibly difficult for Kaplan, and Exler helped him through it.

“I was at a few of the funerals that were taking place at Rodef Shalom,” Exler said. “I knew some of the victims better than others and [Kaplan] was outside trying to cover the whole thing and he was just a mess. So I brought him inside to sit down with me and calm down, and he really struggled for a while, but he also ended up doing amazing pieces.”

“It’s really incredible to think about his reaction. A lot of people our age would not ultimately come to the conclusion that they want to be a leader after the results of [the shooting],” Kaplan said. “Think about understanding all the fallout of that, what to do with the building, what to do with the amazingly generous amounts of money that have come in through donations. Not everyone in our generation would think ‘I want to step in and I want to do something.’”

Kaplan recalled that day, not just remembering the shooting, but the sense of community that he felt as a result of it.

“I saw the worst in humanity, but I also saw the best in it,” Kaplan said.

Though Exler’s goal of his work with Tree of Life is to move forward and spread love and community beyond the shooting, he and his family understand the importance of remembering that tragic day. As he and his loved ones barricaded themselves in the Squirrel Hill Flower Shop, bouquet orders for the funerals of the victims began coming in.

The shop is owned by Exler’s mother and her two sisters and two brothers, and managed by his cousin Katy Levin and one of his aunts. Levin and Exler are very close, as they are the same age. The aftermath of the shooting was heavy, but through the flowers, Levin found a way to spread beauty and light to the community — something Exler is doing on a large scale now.

“It felt like I was doing some sort of justice by knowing that the person who decided to do this whole thing wouldn’t want the [community] coming together like this,” Levin said. “And also, making things that were very pretty was nice. Making something beautiful in such a bad time and making these funerals look nice was really important to me.”

And for Exler, the opportunities to strengthen the community are only growing stronger. The easiest way for him to start spreading his message is through Tree of Life’s social media pages, which now have global followings.

“When this happened, I just started a relationship with the president and rabbi that started with ‘What can I do?’” Exler said. “I knew I needed to do something.”