Editorial: Seniors remember the top 10 things that happened during their time at Pitt 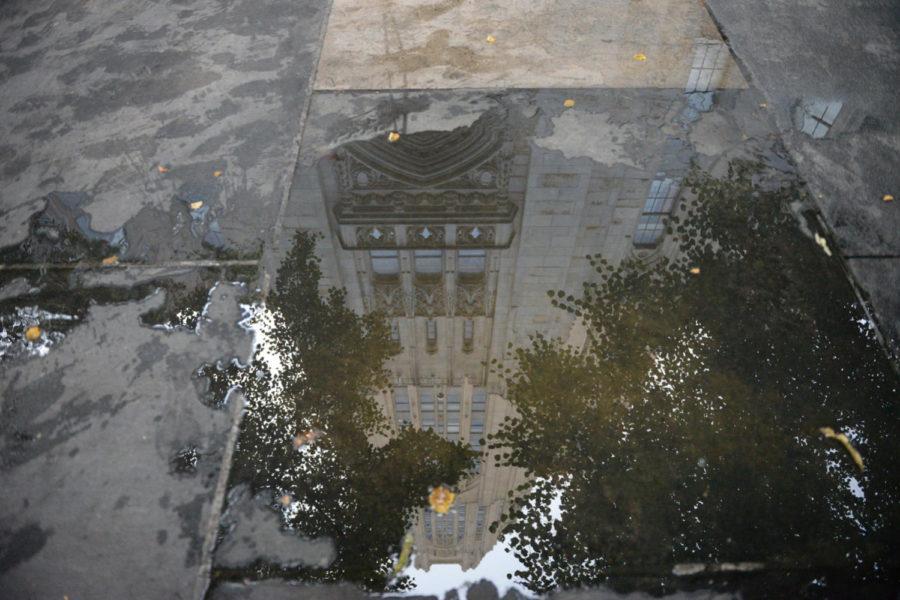 A water main broke in the Cathedral in September 2017, flooding the first floor.

As they prepare for virtual graduation, The Pitt News Editorial Board seniors are remembering the best and worst of their time at Pitt. Here are our top 10 events.

It was a glorious day for students who had a Monday night class in Cathy, because a pipe burst and the bottom few floors flooded. Then it started to rain inside and Pitt sent out an ENS alert — cancelling Cathedral classes for the rest of the day. But ENS alerts are staggered — if you were in a big lecture, you might remember an endless stream of vibrations for 15 minutes straight.

Hillary, Bernie and the orange man all visited at some point during our graduating seniors’ time at Pitt. Also, Elizabeth Warren visited to campaign with Katie McGinty a few years back, and our online visual editor swore, for quite some time, that he hadn’t washed his hands since. Brian, we hope you’re washing your hands now, at least.

That time the water went out

During our seniors’ first year, the city issued a boil advisory because there was bacteria in it. This was not enjoyable. You can imagine why. Market Central provided water bottles and they went the way toilet paper is going now.

Holland, in the good ol’ days

Back when all you kids were in high school, Holland Hall was poppin’. That is, there were no male residents living there. Holland Hall was traditionally an all-girls dorm until the fall of 2017, when the University started housing men there, too. Our online engagement editor says during her first year, someone wrote “dicks out for Harambe” on all the doors on her floor. She calls it the “most 2016 thing to ever happen.”

Some stuff, you just don’t come back from. Our graduating seniors are the last class who had a full year of the convenience store’s magic. From this, we learned there are three kinds of crying.

And demolition of 7-Eleven crying.

Right at the beginning of the semester in 2016, a Pitt student tried to impress his date by jumping from the roof of the Oakland Qdoba to Bruegger’s Bagels. Instead, he got stuck between two buildings. Paramedics arrived at 2 a.m. and had to drill a hole in the side of the building to get him out. He wasn’t hurt. And he made national news.

Before the quad was equipped with lawn chairs, phone chargers and night lights, it was a parking lot. Then we essentially woke up one day, and it wasn’t anymore. No other campus construction projects have ever happened so quickly. In hindsight, this is really suspicious.

He came back to the field in 2016 after battling cancer. Then, he got drafted by the Steelers. That was the same year we failed calculus and lost 7-Eleven.

A couple years ago, a giant email chain went out to students and everyone kept hitting reply all. We dare someone to find the chain and reply all. Just for kicks.

Bet you didn’t see that one coming.