Opinion | Virus or no virus, Americans should not rely on China for medicine 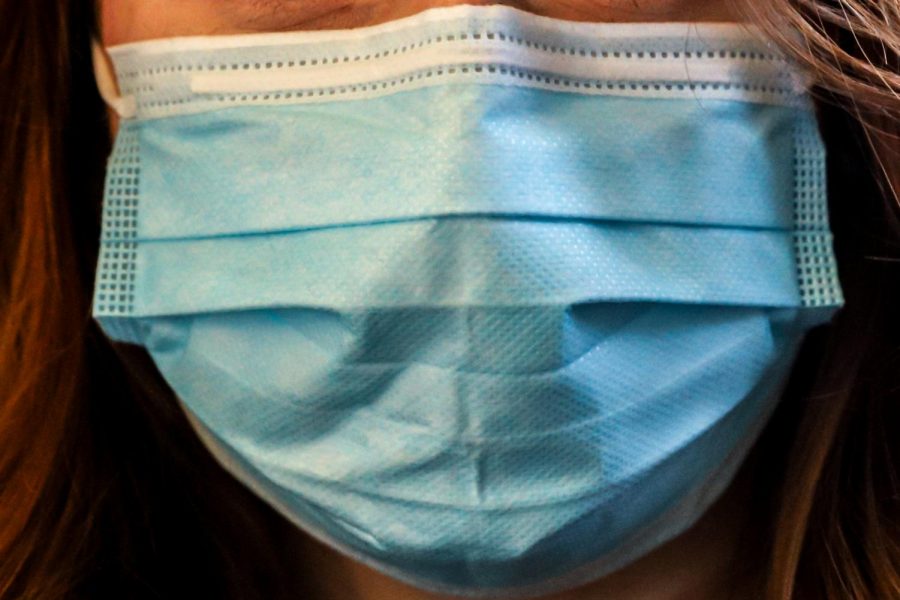 Since the COVID-19 pandemic, China has drastically cut exports of personal protective equipment like masks, respirators, gowns, and goggles.

As the country searches for answers to the current health crisis, a key vulnerability in U.S. health care that has gone largely unnoticed by policymakers and citizens alike for decades is now a topic of national concern.

During the COVID-19 pandemic, the problems presented by the American health care system’s reliance on imports from China, both for pharmaceutical supplies and medical devices, have been laid bare. Congress and the president ought to work together to fix this by making sure that American manufacturers of pharmaceuticals and personal protective equipment — masks, respirators, gowns and goggles, among other equipment that hospitals use to prevent the spread of the virus — can compete with China.

Worryingly, a watchdog report last year by the U.S.-China Economic and Security Review Commission indicates that China hopes to surpass the United States as the world’s leading producer of pharmaceutical products by 2025, as part of its “Made in China 2025” industrial policy. From giving extensive state subsidies to domestic firms and blocking foreign companies from entering their market, China is not allowing honest competition.

This is a problem for Americans. During pandemics and other national crises, countries will use domestic capacity to serve their own citizens first, which often means cutting exports, and 50 countries currently have some type of export ban on essential medicines. Some countries may perhaps even use their control over the international supply chain as a bargaining chip to force other nations’ hands into making concessions.

“If China shut the door on exports of medicines and their key ingredients and raw material, U.S. hospitals and military hospitals and clinics would cease to function within months, if not days,” Rosemary Gibson, author of a book on the subject, “China Rx,” said in an interview with NBC News last year.

This is already happening in the United States. China has, as predicted, drastically cut exports of personal protective equipment, and with 30% of all of PPE imports into the U.S. coming from China, this is weighing on the stock of such equipment here. Meanwhile, before the heart of the pandemic struck the United States, American companies were actually increasing their exports of PPE to China to help their population. This is absurdly backwards. America should have been building its own stockpile in the event that the virus made its way here.

It’s not just that China could cut off its exports of those items. Quality control problems are somewhat commonplace in the Chinese pharmaceutical industry, which has been held to much lower standards as a part of China’s efforts to overtake the global market. The most well-known instance of this affecting America occurred in 2008, when at least 81 Americans died as a result of tainted heparin, a blood thinner, sourced from China.

These quality control issues are familiar to Americans who shop for regular consumer products, but — with some notable exceptions — such quality is tolerable for nonessential items where keeping prices low is often the first priority. Unlike video game consoles, electric blankets and umbrellas, however, we cannot afford to lack quality in medicines and medical devices during an international pandemic.

This problem isn’t limited to the United States, either. Several European countries — including Spain, Turkey and the Netherlands — have recalled masks and coronavirus testing kits manufactured in China after finding many of them were defective. Masks did not fit, filters did not work properly and thousands of tests turned back inaccurate results.

Additionally, all 3.5 million coronavirus antibody test kits that China sent to the United Kingdom were found to be insufficient for large-scale use, because they were only able to identify immunity in those who were severely ill with the virus. No test will be perfect, for sure, but they will be a big step towards identifying those who have been infected and finally easing social distancing, so it is important that we ensure their reliability.

What’s more, antibody tests — by helping identify the factors that make people who have recovered immune to the virus — are key to vaccine development already taking place here in the United States. Out of the top three potential vaccines being developed worldwide, two are being developed by American pharmaceutical companies. Sixty-five years after a team of scientists led by Dr. Jonas Salk got the polio vaccine approved right here at the University of Pittsburgh, Pitt researchers are again hammering away at developing a life-saving vaccine, this time for COVID-19.

The experience of other countries shows that the United States cannot rely on China for crucial supplies if it is going to beat back the virus for good, and fortunately, the FDA is granting emergency approval to some U.S.-manufactured testing kits and drugs.

Some policymakers who had already taken a hard stance on China are using the crisis as an opportunity to stress the problems caused by this dependence. Building on this, a bipartisan group of five senators led by Sen. Marco Rubio, R-Fla., introduced a bill to incentivize domestic production of pharmaceutical products a few weeks ago.

Another bill from Sen. Tom Cotton, R-Ark., and Rep. Mike Gallagher, R-Wis., aims to explicitly ban Chinese pharmaceuticals and “active pharmaceutical ingredients” from the market by 2022. They ought to go even further and look to completely return production of medical equipment — 30% of which is imported, making the national stockpile vulnerable during a crisis — to the United States over a longer timescale.

However, history tells us that even in a crisis, the government tends to act slowly. It’s very, very unlikely that dependence on China for pharmaceutical supplies and ingredients will come to an end anytime soon. Still, things can happen right now to help limit the damage.

The U.S. government can provide incentives to purchase equipment and drugs made in America. The Trump administration is already talking about doing this, through its “Buy American” policy, which has the U.S. government purchase American products wherever possible — though its reach without legislation is somewhat limited. There are also complications with getting thousands of individual companies within the medical industry to alter their supply chains quickly.

More importantly, the FDA should increase inspections on foreign drugmakers before allowing them to sell to American consumers. Last month, it made the decision to suspend these inspections instead, which could exacerbate the drug shortage in the short-term.

Still, even with the emergency approval for tests and treatments, some worry that this may be too little, too late. Early on in the outbreak, while a hobbling bureaucracy limited our ability to respond to the virus effectively, the private sector was working rapidly to roll out testing elsewhere.

We need everything Americans can offer during this crisis. However, we shouldn’t be relying on the country that concealed the pandemic within its own borders, allowing it to spread globally rather than containing it. It’s time to hold China accountable in a real way, and that means weaning ourselves off of their medical supplies. We cannot allow them to compromise our public health or national security any longer.

Michael writes about politics and economic policy for the Pitt News. Write to Michael at [email protected].