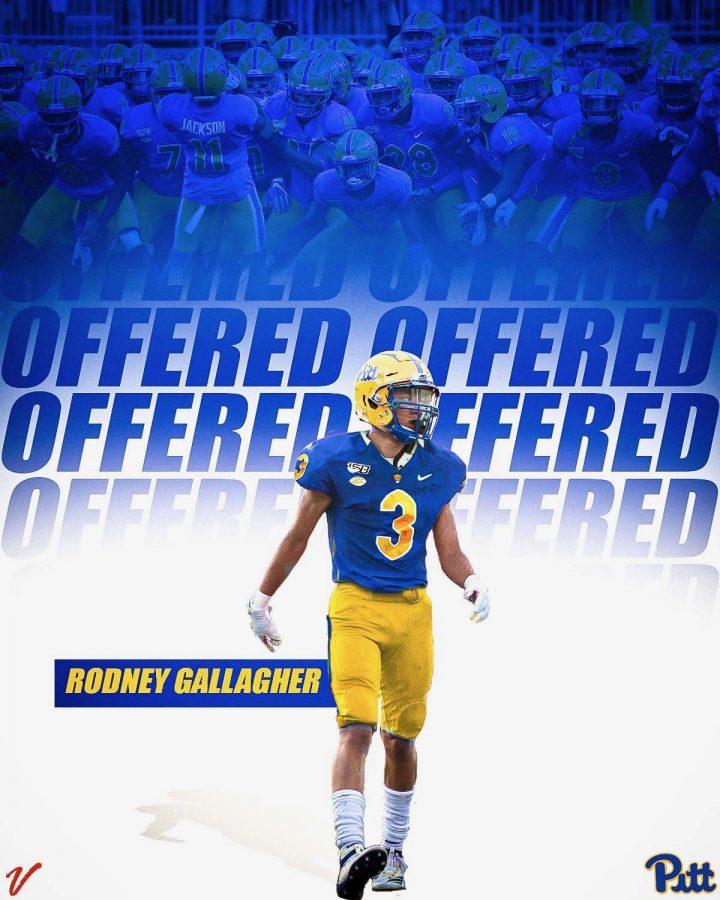 Gallagher caught 25 passes for 491 yards and rushed 36 times for 392 yards as a freshman at Laurel Highlands.

Pitt men’s basketball head coach Jeff Capel has a hard enough job trying to win over recruits from other colleges. Now, he’s facing competition from within his own school.

Laurel Highlands freshman Rodney Gallagher, who received a basketball offer from Capel on March 7, announced Thursday that he also received an offer from Pitt football.

Gallagher established himself as a two-sport stud during his first year in high school, catching 25 passes for 491 yards and rushing 36 times for 392 yards on the football team at Laurel Highlands High School, located an hour east of Pittsburgh. He also led the team with 10 total touchdowns.

The 6-foot, 150-pound Gallagher really shone on the hardwood, leading the Mustangs to their first WPIAL championship since 1968, where they beat Mars 52-51 to earn the Class 5A title. For the season, he averaged 22.7 points, 3.8 assists and 3.8 rebounds per game.

Gallagher’s production was among the best ever from a local player in their first year of high school. He was the first freshman ever named to the Pittsburgh Post-Gazette’s “Fab 5,” which selects the five best players from the WPIAL and City League, since it began making the list 40 years ago.

In receiving two offers from Pitt, Gallagher is already in elite company. According to Capel, the only two players he previously offered as freshmen were Marvin Bagley III and Harry Giles, both of whom are now in the NBA. The most recent athlete to earn offers from both Pitt football and basketball was phenom Terrelle Pryor from Jeannette High School, who went on to play football at Ohio State and in the NFL.

In reaching out to Gallagher so early in high school, Capel and head football coach Pat Narduzzi are being proactive in their efforts to lure the elite class of 2023 talent away from competing schools. Ironically, some of their greatest recruiting competition now lies in each other.