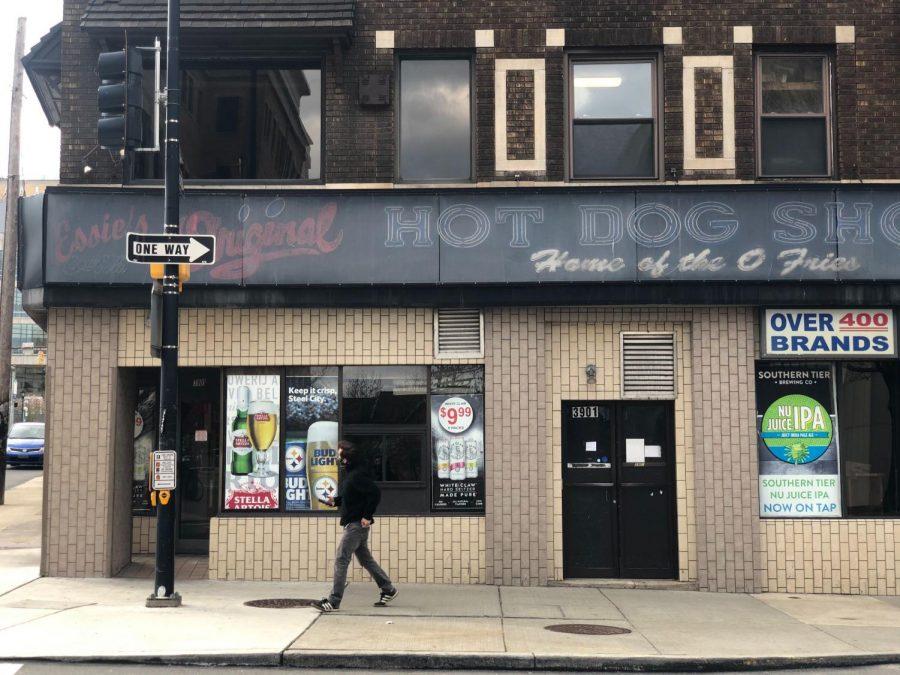 The famed 60-year-old Oakland restaurant had an empty storefront on Saturday evening.

Essie’s Original Hot Dog Shop, known around Oakland as The O, has closed its doors for good, a longtime manager confirmed Sunday.

Joanne Keys, an employee of 35 years, said the famed 60-year-old restaurant closed due to the ongoing COVID-19 pandemic, as well as unspecified “other things.”

The restaurant, located at the corner of South Bouquet Street and Forbes Avenue was opened by brothers Sydney and Morris Simon in 1960, and has been owned and run since the mid-2000s by Sydney’s children Terry Campasano and Bruce Simon. Known for its enormous heaps of french fries and fun late-night atmosphere, it had an empty storefront on Saturday evening. Campasano and Simon did not immediately return requests for comment.

A now-deleted Saturday afternoon Facebook post from Kelly Knapp said she and her son helped to empty supplies from the restaurant before it closed Saturday. A video posted Wednesday to Facebook by The Blessing Board, a local Christian non-profit that picks up items to be donated, said Simon had donated 35,000 pounds of potatoes to the community. Doug Rehberg, the board chair of The Blessing Board, said in the video that Simon decided to close the restaurant due to the ongoing COVID-19 pandemic as well as other reasons.

The establishment joins a growing number of recent long-time Oakland restaurants closing up shop, including Peter’s Pub and Uncle Sam’s Subs. Currently Pitt students and alumni — and even Pitt head football coach Pat Narduzzi and ROC The Panther — reminisced about the restaurant on Twitter.

According to a 2005 article from The Pitt News, the restaurant was put up for sale by its two owners for $885,000. The sale did not go through at the time.