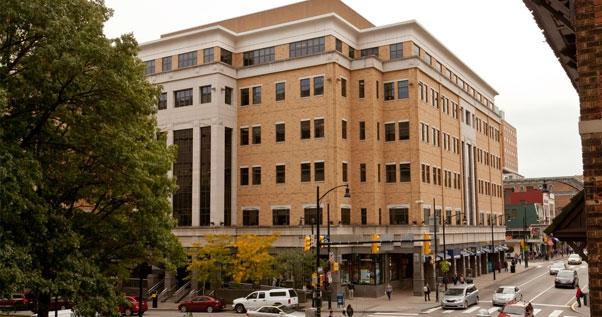 As the semester winds down, it is easy to reflect on the “lasts” of the school year — last lecture, last essay, last final. Instead, Pitt’s School of Computing and Information is reflecting on one big “first.”

The 2019-20 academic year marked the first time SCI admitted first-year undergraduate students. The school, established in 2017 after the computer science program merged with the School of Information Sciences, previously required students to transfer into SCI at the beginning of their junior year.

Adam Lee, SCI’s associate dean for academic programs, said the decision for SCI to admit first years originated from the idea that there is greater continuity within the program if students are there for all four years.

“The key advantage is the ability to work directly with students from the beginning, before they even arrive on campus,” Lee said. “The sooner we can expose opportunities to our students, the better.”

Jagr Krtanjek, a first-year computer science and digital narrative double major, said he found the idea of being able to spend all four years in a computer science-specific school enticing.

“The fact that computer science resides in its own school, outside of engineering or normal science like other schools, was a huge factor in my decision to attend Pitt,” Krtanjek said. “I wasn’t able to tell this was the first year the school had freshmen — nothing felt undeveloped.”

By entering the school as a first-year, Krtanjek said, students are able to get acquainted quickly with the people they will be spending the entirety of their college career with.

“It was easy to build a community of computer science or information science connections,” Krtanjek said. “You could get help from people, share helpful tips or find a community of like minded people.”

A large portion of the first-year curriculum is related to synthesizing problems, abstractions and methods that extend across multiple areas of computer and information science, Lee said. He added that SCI places a heavy emphasis on embracing students who are knowledgeable about a variety of disciplines.

“Understanding commonalities between subjects allows us to increase the range of ways that students envision themselves contributing to society using the skills that they develop while in the school,” Lee said.

When first-years enter SCI, they are required to take two introductory classes — First-Year Seminar and Big Ideas in Computing and Information. The courses are meant to expose students to all the resources that SCI has to offer, while still contextualizing some of the abstract concepts of computer science, Lee said.

“These courses are a gateway to computing- and information-oriented disciplines in general,” Lee said. “They help set students up for success in their academic careers with skills that will serve them throughout their time at SCI.”

Lee added that first-years are also assigned an academic advisor who will be with them along the way for all four years at Pitt. Their advisor serves as their instructor for First-Year Seminar, to get them more acquainted with one another.

Evan Kozierok, a first-year computer science major, said he appreciates the comfort that comes from knowing he will spend all four years with the same faculty.

“It is nice to immediately know who your advisor will be for the next four years and to have a chance to form a working relationship with them,” Kozierok said. “I know people in Dietrich have general advisors before they enter their major.”

Though the year went well overall, Krtanjek said at times there was a bit of a learning curve between students and professors, given that SCI was previously inexperienced in working with first-year students.

“Since everything was new for some professors and advisors, sometimes questions couldn’t be answered immediately,” Krtanjek said. “It made planning schedules and working out transfer credits a little frustrating, but it was never a huge deal.”

Kozierok agreed that there were a few kinks to work out, especially when it came to their introductory classes.

“A lot of the things we had to do in our first semester felt very experimental,” Kozierok said. “Our First-Year Seminar class was good because it helped us get to know our advisor, but it felt a little too ‘fluffy’ — like we weren’t covering real content.”

Despite the slight bumps in the road, SCI still offered its students a variety of opportunities, Kozierok said. Computer science-related competitions like hackathons and game jams gave students the ability to collaborate with their peers outside of the classroom.

“The School of Computing and Information is small but they have lots of resources,” Kozierok said. “The professors are always willing to help you get started on a personal project or to get you on board with an existing one.”

As his first finals week approaches, Krtanjek said he reflects fondly on his courses, professors and classmates.

“The School of Computing and Information is fantastic,” Krtanjek said. “I’m really glad I picked Pitt as the school to spend my college experience at.”