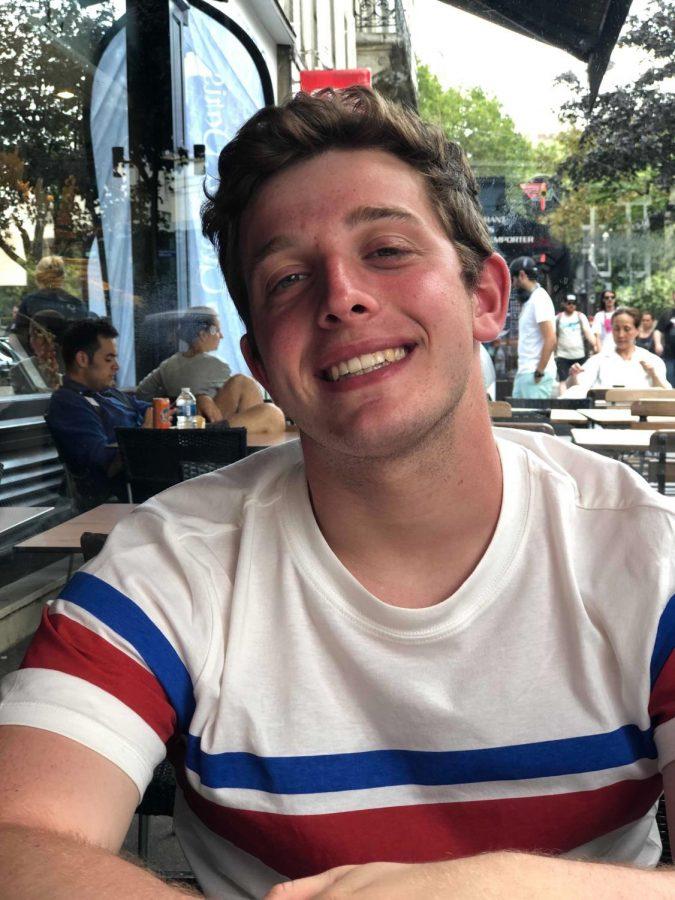 Life has changed for all of us these past few weeks as the COVID-19 pandemic spreads.

As a senior who will graduate within the week, I have taken the time that I would usually spend at school, out with friends or at the gym to reflect on what my undergraduate experience has meant to me.

One of the most important parts of my life as a college student — besides bagging groceries at Giant Eagle, of course — has been my job as a sports writer at The Pitt News. I began in the spring of my first year, and I’ve spent countless hours writing on many different game recaps, columns, features and briefs ever since.

I’ve wanted to be a sports writer since I was a kid. I had written for my grade school and high school newspapers, but I never had the opportunity to write about sports during that time.

I remember joining the paper, and during the first sports writers’ meeting, I wasn’t sure of what to write or what sports to go after. About a week or so into the job, then-sports editor Steve Rotstein pitched us the opportunity to pursue a story on recruit by the name of Paris Ford, a highly touted local product from Steel Valley High School.

I took that opportunity, and I thank Steve everyday for giving me the chance to go to that press conference for my first article. Being able to see how a press conference worked and learning how to compete with other professional writers for questions gave me great insight into how tough sports journalism really is. But the rush I got from just a simple press conference got me hooked.

Following that first press conference, I began to see my opportunities expand exponentially. I was introduced to the 14 different Pitt teams in need of coverage, in addition to many different club teams as well. I also saw the potential for stories that went behind the scenes to look at people beyond the lens of games and press conferences.

I have spent a lot of time covering Pitt women’s basketball, including my junior and senior years as the beat writer. I was able to see the program go from rock bottom at the end of former head coach Suzie McConnell-Serio’s tenure, to a rebirth still full of struggles under current head coach Lance White these past two seasons.

The most valuable experience I got during my time at The Pitt News wasn’t just the ability to cover games, but gaining insight into who the players and coaches were. With much of the press’ attention focused on the men’s team, I had liberal access to players and coaches. Postgame, I would lead the questions, with help from my friends at WPTS.

While I enjoy the competition for attention at press conferences following a Pitt men’s football or basketball game, learning how to think of questions on the fly greatly improved my post-game interviewing ability.

Outside of women’s basketball, I’ve worked both men’s and women’s soccer games in addition to documenting the transformations they have undergone themselves after the hiring of two championship-pedigree coaches.

As an avid soccer fan, being able to cover games for both programs has been one of the most enjoyable parts of my job.

The men’s team’s progression has been a treat to watch. Pitt went from never having won an ACC game when I was a first-year, to hosting an ACC tournament quarterfinal match for the first time when I was a senior. They hosted and won a first-round NCAA tournament game in their first appearance since 1965, and I saw thousands pack Ambrose Urbanic Field to cheer the Panthers on.

I’ll forever remember the ACC Wrestling Championships at the Petersen Events Center this past March, the last live sporting event that I was able to cover and one of the last live events a Pitt News reporter will cover for the foreseeable future.

Over my three years as a writer for The Pitt News, I’ve had brilliant, resourceful and creative editors and co-writers that have helped me along the way, improving my knowledge of sports and writing as a whole. I cannot thank them enough. Without them, my 160 stories would have never seen the light of day.

I know how difficult this pandemic has been and I want to commend my colleagues for their hard work during this time. They have shown how valuable student writing is regardless of the circumstances.

I would also like to thank The Pitt News special adviser, Harry Kloman, whose critiques of my articles have helped ground myself and improve my writing going further. My biggest regret will always be not taking his Introduction to Journalism and Nonfiction class, but the impact he has had on my writing will forever be present.

Finally I want to thank my current editors, assistant editor Stephen Thompson and head editor Trent Leonard, who have consistently pushed me to strengthen my writing at every turn and do not accept mediocrity in any way. Trent and I are the sports desk’s longest-tenured members, and I will miss seeing his comments as I continue after college.

With my time as a student at Pitt coming to a close, I will always be proud of myself for putting in the effort to work at The Pitt News and fulfilling my childhood dream of covering Pitt sports.