The Pitt News • May 6, 2020 • https://pittnews.com/article/157650/top-stories/pitt-covid-19-researcher-shot-saturday-police-say-killing-unrelated-to-his-work/ 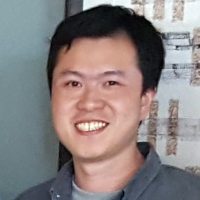 Bing Liu, 37, was shot in his Ross home Saturday afternoon.

By Jon Moss and Benjamin Nigrosh

A 37-year-old Pitt assistant professor was shot and killed in his Ross Township home around noon on Saturday.

Bing Liu had recently begun research on the coronavirus at the time of the incident, but Ross police sergeant Brian Kohlhepp said Wednesday that police believed the slaying was “the result of a lengthy dispute regarding an intimate partner.”

Police believe that Hao Gu, a 46-year-old male, killed Liu, returned to his car and then killed himself. They added that there was no sign of a confrontation before the shooting and no sign of forced entry. Nothing was stolen from the house following the shooting.

Pitt’s computational and systems biology department said in a statement that, at the time of his death, Liu was on the verge of making “very significant” findings towards understanding the cellular mechanisms that underlie coronavirus infections, and the cellular basis of resulting complications.

“His loss will be felt throughout the entire scientific community,” the statement said. “We will make an effort to complete what he started in an effort to pay homage to his scientific excellence.”

Pitt said in a statement that Liu’s colleagues describe him as an “outstanding researcher and mentor,” and have pledged to complete his research as a way to pay homage to his “scientific excellence.”

“The University of Pittsburgh is deeply saddened by the tragic death of Bing Liu, a prolific researcher and admired colleague at Pitt,” the statement said. “The University extends our deepest sympathies to Liu’s family, friends and colleagues during this difficult time.”