The Pitt News • May 19, 2020 • https://pittnews.com/article/157903/opinions/editorial-its-simple-hazard-workers-deserve-hazard-pay/ 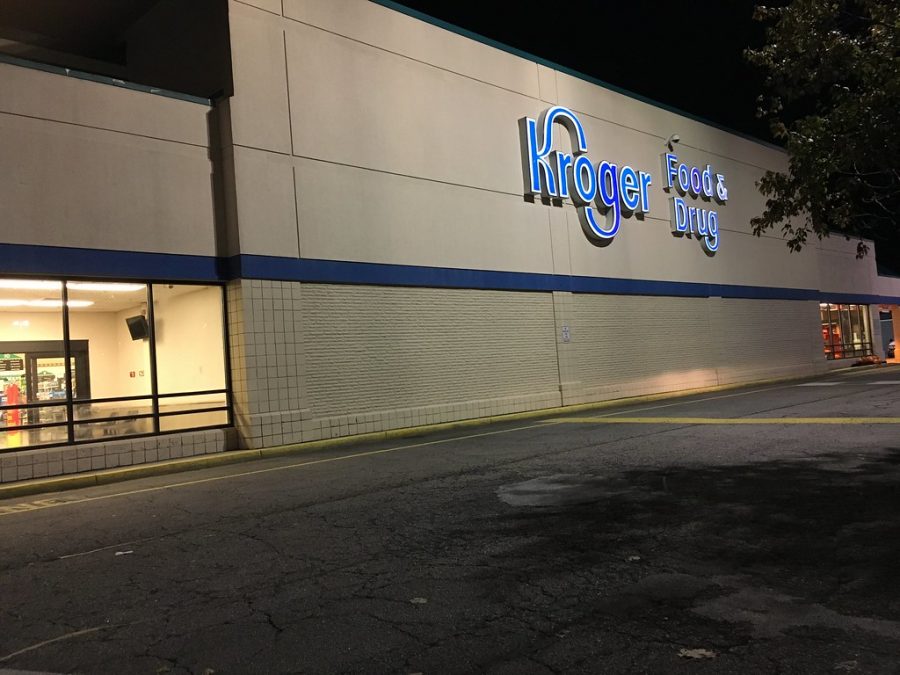 Kroger, a major grocery store chain in the United States, has cut hazard pay for employees.

These are hazardous times, especially for essential grocery workers.

By the end of March, grocery sales were up 83%, and though some of the initial panic buying has eased, grocery sales are still far higher than usual, as Americans are forced to cook meals at home. Even with mask requirements for entry, limited customer occupancy and strict sanitation guidelines, grocery workers still face a huge risk on the job during the COVID-19 pandemic. And the pandemic is far from over, scientists believe. This raises the question of why Kroger — a major grocery chain in the United States — has ended hazard pay for employees.

The announcement last Saturday was met with public outcry and challenges from various unions. In response, Kroger said it would go forward with cutting the additional $2-an-hour hazard pay, but would provide “thank you” bonuses — $200 for part-time employees and $400 for full-timers. This gesture might look good for the company, but it’s a cop-out and a blow to grocery employees who are putting their lives on the line everyday. It also sets a precedent for other grocery stores who now might be more likely to make the same detrimental decision.

Target will extend its employees’ hazard pay — also an additional $2 an hour — through at least July 4. Grocery chains like Trader Joe’s, Costco, Sam’s Club, Whole Foods and Wegmans are being called on by unions to vote to extend their hazard pay, but no decisions have been announced yet.

The bonus might sound like a kind gesture, but for a full-time employee, working 40 hours a week, the bonus is only equal to about five weeks worth of hazard pay. Kroger said it plans to continue distributing bonuses throughout the pandemic, but has given no timeline on when employees can expect to see another bonus. It’s likely that the employees will receive far less money than they would with hazard pay, unless they see bonus checks every five weeks — which is highly unlikely, especially since the bonuses were a response to a union dispute.

Grocery workers make little money as is, and the job is extremely dangerous. Nationwide, 65 Kroger employees have died from contracting the coronavirus — likely at work — and hundreds more have fallen ill, United Food and Commercial Workers International, the grocery store’s union, said. Workers around the country say even with a limit on customers in the store at one time, it’s still hard to maintain social distancing at all times — putting them at higher risk for infection.

Many grocery employees have said that, hazard pay aside, they don’t feel as though they’re being properly protected. Although wearing a mask is suggested by the Centers for Disease Control and Prevention, not all states have a mandatory mask rule when entering a public place. In the places where masks aren’t required by the local government, some grocery chains have chosen to require masks anyway. Kroger is not one of these chains. Not only is the company cutting hazard pay, but it’s cutting hazard pay while not taking proper care of its employees.

Kroger is the first grocery store to cut hazard pay, but with other stores not yet announcing their decisions on extending hazard pay further through the pandemic, this sets a problematic precedent. If Kroger gets away with it, other stores can, and will, too.

Really, it’s not that complicated. A person going to work in a store during a pandemic is working in hazardous conditions. And that’s what hazard pay is for.