The Pitt News • May 19, 2020 • https://pittnews.com/article/157918/top-stories/pitt-horror-studies-collection-obtains-new-materials-from-author-daniel-kraus/ 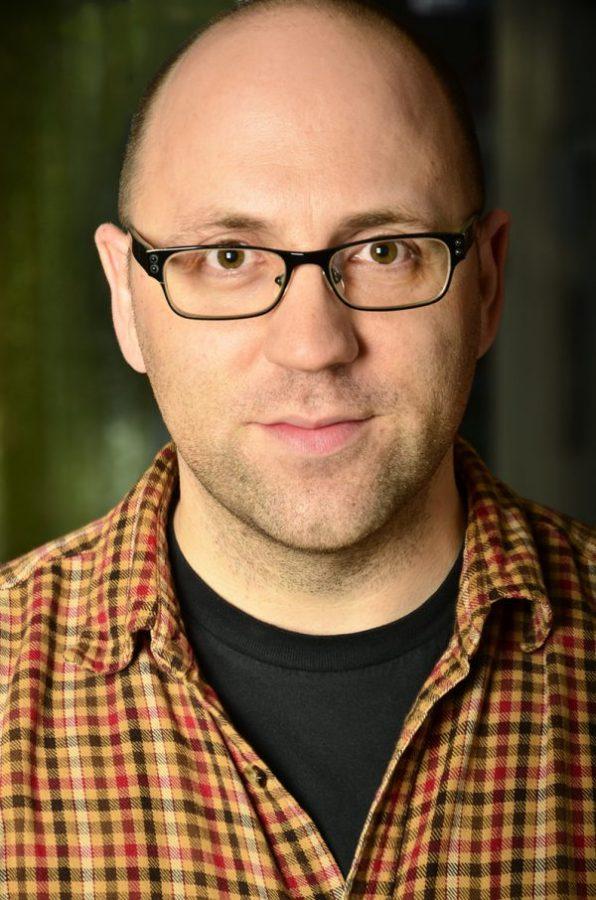 Desolate streets and closed storefronts may make Oakland feel pretty apocalyptic at the moment, but things are getting even spookier in Pitt’s special collections.

The University Library System announced Monday that it has acquired the papers of Daniel Kraus for its Horror Studies Collection. Kraus is the author of “Rotters” and “Scowler” — both of which received the American Library Association Odyssey Award — and co-author, alongside Guillermo del Toro, of “Trollhunters” and “The Shape of Water.”

The Kraus papers are the second major addition to the Horror Studies Collection, after the acquisition of the George A. Romero Archival Collection last May, according to Collection Coordinator Ben Rubin.

“For that first year that we’ve had the horror studies collection, it’s mostly just been Romero,” Rubin said. “We’ve been trying to get other things to support it, and the Kraus archive will be the first significant, remarkable addition to that.”

Rubin said the items obtained by ULS include papers, drafts and manuscripts related to Kraus’ first four novels — “The Monster Variations,” “Rotters,” “Scowler” and “The Life and Death of Zebulon Finch” — as well as works that Kraus wrote during his childhood.

According to Kraus, some of the content he wrote as a child later became integrated into his writing as an adult. For example, he wrote a short story in middle school called “Sickness” that served as the basis for “Scowler” and will be part of the archive. He added that other pieces from childhood have inspired his work in less obvious ways.

“‘Scowler’ was inspired by the same dream that inspired that story,” Kraus said. “If you were to look at it closely and trace all my writing to my younger works, I am positive you would find other examples, threads of stuff I wrote as a kid that didn’t reach maturity until decades later.”

Kraus’ relationship with ULS began with the Romero materials. He co-wrote “The Living Dead,” a novel which Romero left unfinished at the time of his 2017 death and is set for an Aug. 4 release. The novel takes place in the same universe as Romero’s “The Dead” films, starting with the outbreak of the zombie epidemic and continuing five years beyond the scope of the films.

According to Rubin, the Horror Studies Collection was able to obtain Kraus’ papers through this established working relationship.

“I asked Dan if he would consider Pitt as a home for his archives. It came about through conversations about our larger goals and vision for horror studies,” Rubin said.

Rubin said he hopes to obtain more donations from Kraus in the future and envisions the archive growing as the writer continues to produce and publish his work, especially since this donation comes in only the early stages of his career — the 44-year-old has published nine books since 2009, with two more coming this year.

“We’re hoping that this is the first piece of a donation. This covers the early part of his career,” Rubin said. “He’s fairly prolific. I think we’ll continue to get donations from him, so his archive will grow.”

Although ULS currently has the materials, Rubin said they arrived just a few days before COVID-19 stay-at-home orders went into effect. With campus still shut down, he said it may be a while until archival staff can organize and catalogue the items and allow the public to access them.

“Anytime a new collection comes in, we have to process it, which is the method that we use to inventory a collection and sort it so that it makes sense,” Rubin said. “Of course, with COVID, we don’t know when we’ll return to campus and when we’ll start processing.”

Having worked with the Horror Studies Collection himself, Kraus said he was struck by the way each piece of writing, from drafts to haphazard notes, offered a look into Romero’s ideas and process. He said he hopes his donations offer the same authentic, if not always pretty, glimpse into his work.

“What’s so fascinating about the Romero collection is that there’s stuff in there that doesn’t work,” Kraus said. “To some extent, I want that. I want people to look at the collection and see what didn’t work. To see what an artist cuts out of a work is really telling.”

Kraus also said he felt grateful to Pittsburgh for its connection to Romero, and feels grateful to be able to provide his materials for the University.

“To follow [Romero’s] footsteps in placing my work at Pittsburgh feels like a way of giving back to a place that sort of gave me a lot when it gave me the works of George Romero,” Kraus said.