The Pitt News • May 19, 2020 • https://pittnews.com/article/157922/top-stories/this-feeling-of-helplessness-international-students-concerned-about-fall-semester-amid-coronavirus-pandemic/

‘This feeling of helplessness’: International students concerned about fall semester amid pandemic 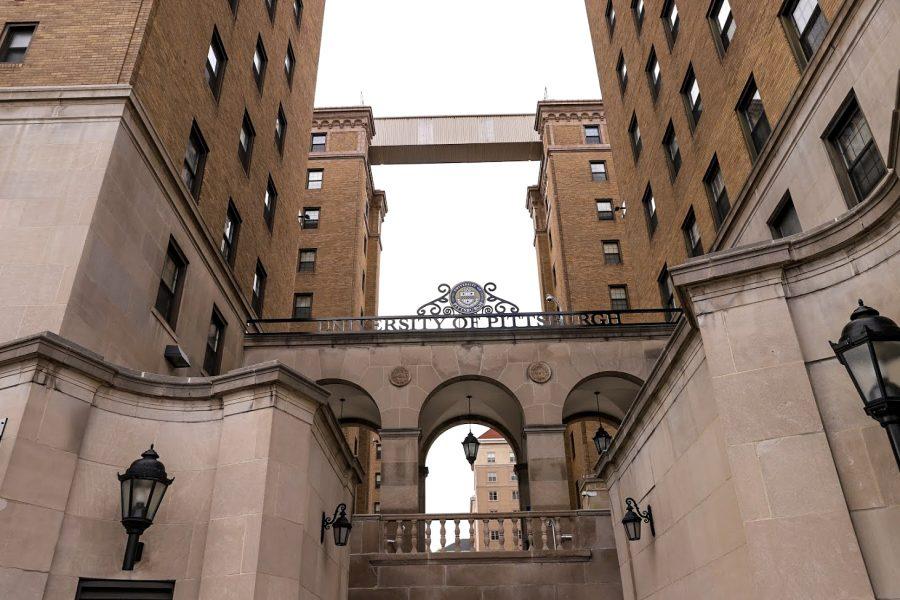 The COVID-19 pandemic causes uncertainty about returning for the fall semester for many of Pitt’s more than 3,100 international students.

Sritama Chatterjee will likely have to wait another year before she can visit her family in India. Chatterjee, a graduate student in Pitt’s English department, said this separation — caused by coronavirus-related travel restrictions — has left her in a constant state of worry.

“I had two massive panic attacks because I had this feeling of helplessness,” Chatterjee said. “I’m really scared that there are people who I won’t be able to see again because they’re old and not well.”

Amid the COVID-19 pandemic, travel restrictions and delays in processing visas has left many of Pitt’s 3,100 international students — including Chatterjee — questioning whether they will be able to start the fall semester on campus. Nearly 11% of all Pitt students and 4.5% of undergrads are international students, according to Belkys Torres, the executive director of global engagement for the University Center for International Studies.

Chancellor Patrick Gallagher said at Thursday’s Senate Council meeting that Pitt hasn’t made any final decisions about in-person or online classes for the fall semester. He did reiterate that Pitt plans to release initial guidance early next month regarding the fall, with more complete plans released in early July.

Torres said travel bans pose a significant hurdle for international students returning in the fall. For example, Torres said the United States’ indefinite travel ban on China is concerning because about 70% of Pitt’s international undergraduates come from China.

“In the case of the Chinese student population, it is increasingly difficult for those folks to get to the U.S.,” Torres said.

Travel advisories are also in place for India, South Korea and the Schengen Area in Europe — which covers 26 countries — where Torres said most of the other international students are from.

Anika Agarwal, a rising sophomore environmental science major, said she worries about not being able to come to campus in the fall because of travel restrictions issued by the United States as well as India, where she currently lives.

“I feel like I would face challenges coming back, not only because I may not be allowed back in, but because India may not open their borders,” Agarwal said. “It’s kind of dangerous, flying itself, because you’re getting on a flight with people who you don’t know if they’re healthy or not.”

These same travel restrictions are preventing Chatterjee from seeing her family. Chatterjee said she chose not to immediately return to India in March because of concerns over potential exposure to COVID-19 on an airplane, and the possibility of not being able to return to the United States.

“Even when the borders were open, it wasn’t safe to travel to India with passing through many unsafe, busy airports,” Chatterjee said. “Now, it looks like I have to stay back in Pittsburgh during the summer because if I couldn’t get back, that is the worst thing that could happen.”

Unable to return home, Chatterjee said she is caring for her parents remotely. She added that because of Pitt’s short winter break, even if the pandemic lessens, it won’t make sense financially for her to go home.

“My parents are senior citizens, so I’m a caregiver in many ways,” Chatterjee said. “It also doesn’t make sense to go home during winter because it’s expensive. I’ll just have to wait for another year, which is just too much for me.”

For undergraduate, graduate and professional international students still in Pittsburgh, Pitt established the International Student Emergency Assistance Fund to assist with COVID-19-related expenses. Students can request up to $1,500 for emergency medical, food, utility and housing expenses.

Beyond travel bans, Torres also cited difficulties in obtaining student visas and navigating processing delays as a challenge, especially for new students. The U.S. Department of State announced in mid-March it was suspending routine visa services at all embassies and consulates.

“Where the visa difficulty comes in is for new, incoming students who are coming to Pitt for the very first time at the graduate and undergraduate level,” Torres said. “They are going to find [themselves] in a situation where they may be delayed for months.”

Due to these uncertainties, Chatterjee said she hopes Pitt advocates for international students at the federal level. She said this includes fighting to extend the government’s suspension of enforcing a rule that student visa holders cannot leave the United States for more than five months. The U.S. Department of Homeland Security stopped enforcement because of the COVID-19 pandemic, but can reverse it at its discretion.

“That rule is suspended now, but what if that rule comes into effect again in the fall?” Chatterjee said. “Schools have to push for it.”

Chatterjee said she hopes there aren’t face-to-face classes for anyone in the fall, though.

“Pitt should offer options for international students if they choose to do face-to-face, but they shouldn’t go face-to-face in the first place,” Chatterjee said. “It’s unsafe, at least for the first few months.”

On the other hand, Agarwal said she would likely opt out of a semester online and wait to resume classes until the spring semester.

“I feel like online classes are a waste of money and resources,” Agarwal said. “I would preferably defer until the next semester.”

Agarwal said Pitt shouldn’t wait until late in the summer to issue further guidance about the fall semester for international students because of the rising costs and risks associated with travel.

“If Pitt doesn’t tell us what is happening soon, it might be really hard for us to get back,” Agarwal said. “The airlines are jacking up the prices and a lot of us couldn’t afford tickets to come back.”

To plan for the upcoming semester, Pitt recently established three task forces with one dedicated to determining plans for classes and housing. As a co-chair of this task force, Provost Ann Cudd said she is aware of international students’ specific concerns and is looking into more flexible options. She said the task force is floating the possibility of an online option or later start date for international students.

“We are trying to accommodate our international students in various ways,” Cudd said. “Maybe an online option for them would be a very good option. Or part of this flexibility could well involve any student who is stuck and can’t travel to the U.S. the option of starting in the fall [online] and rejoining the class later.”

Torres added that she is bringing international students’ concerns to the task force and helping to plan for a variety of options come fall through her position on the out-of-the-classroom experiences working group.

“We are making sure that we are bringing the international perspective to those planning conversations,” Torres said. “We’re trying to find options for all of them so that they feel included regardless of their physical distance from campus.”