The Pitt News • May 21, 2020 • https://pittnews.com/article/157942/news/pitt-officials-considering-mandatory-masks-for-fall-semester/ 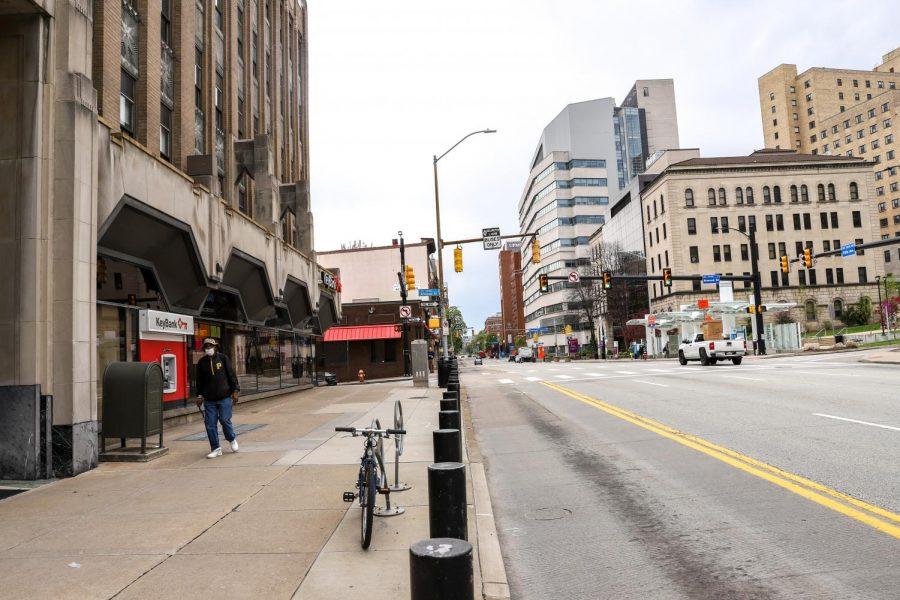 Pitt is considering providing all employees with one mask, and students with two, which must be worn when and where the University asks, officials said Wednesday.

If students return to Oakland in the fall in the wake of the COVID-19 pandemic, they may see some changes made to campus. Pitt is considering providing all employees with one mask, and students with two, which must be worn when and where the University asks, officials said Wednesday.

“It won’t be a continual supply. If your protocol is you have to wear a mask and you’ve been given a mask, then we’re expecting you to have a mask when you come in,” DeJong said. “We don’t have definitive answers yet, but we’re going to set the expectations and we’re going to expect that’s followed.”

DeJong discussed this, and several other topics related to a possible fall reopening of campus, at Wednesday afternoon’s Staff Council meeting. DeJong is the chair of the employee and operations task force, which is one of three task forces working on plans for the fall semester. The University has said it plans to announce initial guidance in early June, and then more specific information in early July.

DeJong also spoke about how COVID-19 safety protocols would affect shared UPMC and Pitt facilities, given the number of commingled medical buildings.

Besides for changes to personal behavior, Pitt officials are also working to modify operations at shared facilities across campus such as dining halls and computer labs.

“In all of our public spaces, the library, the computer labs, bathrooms, anywhere on campus, we’re going to be worrying about protocols and distancing,” DeJong said. “Over time, those labs have gotten less and less use as pretty much everyone has the equipment. It wouldn’t surprise me if the labs don’t even open again.”

DeJong added that the University is collaborating with incoming dining contractor Compass Group to develop new protocols and multiple options for dining. He said this includes a “total lockdown” situation, in which the dining halls would only offer “grab and go” services.

He also addressed the question of whether or not employees would have to disclose medical conditions prior to returning to work due to concerns about the virus. DeJong said he was unsure, and this would affect confidentiality within the workplace.

“That’s something we haven’t worked out yet, so I would say ‘tbd’ on that one,” DeJong said.

Budget cuts were a topic of concern at the meeting, as well. Several deans told their faculty and staff that they were preparing for budget cuts of as much as 10% next academic year. DeJong said the University Planning and Budget Committee, which provides recommendations on tuition rates and budget changes to the chancellor as part of the annual budget process, is expected to vote on these budget parameters at an early June meeting.

“The shared governance process by which we share budgets has been pushed back because of all the uncertainty we’re facing, to the end of this month, until that happens it’s speculation,” DeJong said. “We know that we’re taking enormous revenue hits.”

Andy Stephany, the Staff Council president and associate administrator at the Vascular Medicine Institute, said he and other shared governance leaders are working closely with administrators to plan for the fall.

“The challenge right now is that there’s so much uncertainty and there are more questions than answers,” Stephany said. “We just have to trust the University that our best interests are being considered and as more information becomes available, we’ll advocate for that to be clear to the entire University community directly.”

Stephany added that the Council plans to post an update for University staff regarding future plans for benefits and returning to work on its website.