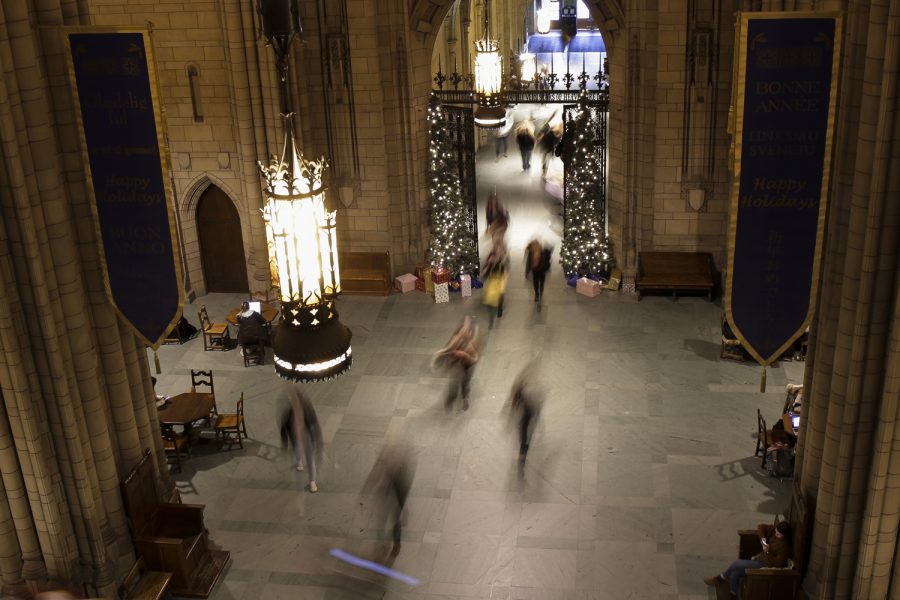 Pitt’s budget, and the process to craft it, is full of jargon and specialized terminology. Sometimes all of the wording can take away from the fact that the dollars and cents affect people — students, faculty, staff and the wider Pitt community. This guide attempts to explain how the annual University budget is put together, as well as the different pieces that compose the budget and endowment.

The University budget is sewn together through an annual process known as the Planning and Budgeting System. The system largely operates around the state’s budget cycle — with fiscal years beginning on July 1 and lasting until June 30 of the following year — due to Pitt’s significant funding from the state government. The University Senate Budget Policies Committee performs an oversight function over the budget process through monthly meetings.

The budget process begins with the chancellor drafting a budget request to the state Department of Education. This budget request includes a specific amount of state appropriation — state funding — that Pitt would like to receive for the following year. Paperwork is prepared during August and September, with a final document submitted to Harrisburg in September or October.

With much anticipation, the governor releases their proposed Executive Budget in February. This proposed budget lists the governor-recommended funding for all items paid for by the state budget, including Pitt’s annual appropriation. State lawmakers will then hold hearings throughout February and March on each major section of the budget. The chancellor will testify at a hearing with the leaders from Pennsylvania’s three other state-related universities — Temple, Lincoln and Penn State.

In the leadup to the University-wide budget deliberations, Pitt’s schools and administrative operating units first have to prepare their own budgets. Each of these units will form a planning and budget committee, which traditionally discusses big picture priorities and strategic initiatives for their part of the University. Some schools have PBCs only at the school level, while others have several layers of PBCs, down to the departmental level.

The main body charged with compiling the University’s budget is the University Planning and Budget Committee, chaired by the provost. The committee is one of Pitt’s shared governance groups, similar to bodies such as the University Senate and University Review Board, since students, faculty, staff and administrators all sit on the panel. The committee meets monthly during the peak budget season of January to April.

The UPBC’s parameters subcommittee will traditionally present proposed parameters for the unrestricted Education and General budget in April — changes to tuition, funding for larger academic initiatives and salaries for faculty and staff. It will also present proposed guidelines on what to do if either more funding becomes available, or some is lost — for example, to impose budget cuts or boost salary increases. The full UPBC will vote on these recommendations, and the provost will then pass them to the chancellor in early May. The chancellor may tweak the budget slightly, but it largely retains its shape as recommended by the UPBC. Once the E&G budget is set, the chief financial officer’s team will then work to finalize the Auxiliaries and the School of Medicine Division budgets.

The Pennsylvania General Assembly will generally vote on Pitt’s nonpreferred appropriations bill in late June, after first passing the main state budget. After the legislature votes, the University will sometimes make small adjustments to the budget to reflect changes in funding.

After state funding is locked in, and final adjustments are made to the University budget, the budget needs approval from Pitt’s board of trustees. The board’s budget and executive committees will both review the budget in June and July, and then vote to approve it in mid-July. In the case of any changes to student fees, the board’s student affairs committee will review and vote on those. Following these approvals, the University controller’s office, which is responsible for the budget, among other things, will distribute final budget instructions to all operating units beginning in early August through September.

The budget itself, component pieces and how they are funded

The Auxiliaries budget is composed of self-supporting operating units — parts of the University that cover their costs with revenue they earn themselves. These services, which receive no money from taxpayers or student tuition, include housing, dining, stores and parking, among others. These units generate a smaller surplus each year, typically around $10 to $15 million in all, which is usually saved for future capital improvements.

According to its governance policies, Pitt’s $4.3-billion endowment is designed to provide “a reliable stream of meaningful income to the designated University beneficiaries” and sustain operations infinitely. Similar to the University budget, the endowment is many smaller items cobbled together to form one entity, the Consolidated Endowment Fund. The chief investment officer is responsible for investing the CEF and generating returns to grow it over time. As of June 30, 2019, the endowment’s net assets total $4.31 billion, of which $1.66 billion has donor restrictions on spending and $2.65 billion, known as the quasi-endowment, has no donor restrictions.

Each separate endowment within the CEF belongs to one of three categories:

A true endowment is when a certain amount of money, known as the principal or corpus, is held in perpetuity by Pitt. The principal is invested, and returns are distributed in accordance with the donor’s wishes.

A term endowment is similar to a true endowment, but the endowment’s principal may be spent after a period of time, typically based on the lifespan of the donor.

A quasi-endowment is when existing funds the University has on hand, such as a surplus from a previous fiscal year, can be treated as an endowment — essentially, money that can be invested and grown over time. Pitt has the most flexibility on spending this type of endowment, since the money typically does not come from a donor. The University currently has three major groups of quasi-endowments — the $1.7-billion Operating Funds Quasi-Endowment designated for financial aid, the $480-million pool for postretirement benefits and the $468-million fund largely controlled by individual schools.

Editor’s note: If you have a follow-up question, or would like to learn about a particular topic related to the budget in more detail, email [email protected].

This article has been updated to better reflect that surpluses from the Auxiliaries budget are intended to fund future capital needs within the Auxiliaries operating units.