Student financial aid is not an excuse. 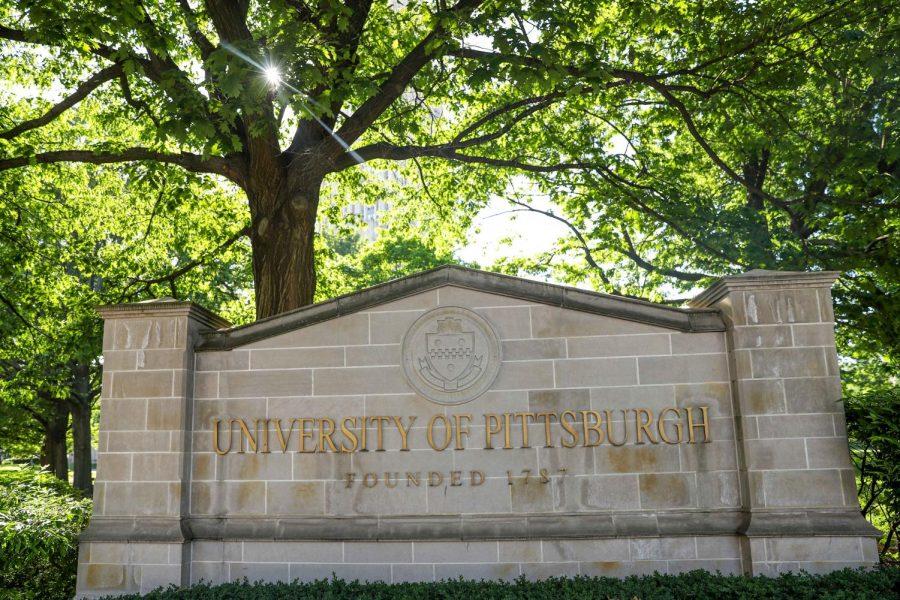 At last count, Pitt’s quasi-endowment was $2.6 billion and could be used to cover potential budget cuts resulting from the COVID-19 pandemic.

We recently learned that Provost Ann Cudd communicated to deans that a 10% across-the-board cut is under consideration for next year’s budget.
This was later described as a planning exercise, but given that several deans immediately announced those cuts to their schools and began taking steps to implement them, it’s clear that they were not put forward lightly. Until we have more information about next year’s budget, this is the best information faculty, staff and students have about what next year will look like. And it is not pretty — a 10% cut to Pitt’s roughly $1-billion unrestricted Education and General budget would be $100 million.

As Dean Kathy Blee described in a May 12 memo, 85% of the Dietrich School of Arts and Sciences’ budget is already committed to compensation. Since the remaining 15% includes plenty of essential expenses too, it’s hard to see how a 10% cut would not include salary reductions, layoffs, furloughs and other devastating cuts to professors in classrooms, researchers in labs, staff keeping the institution running, equipment, supplies and everything and everyone else that goes into making this university work. The lowest paid and most vulnerable employees will bear the brunt of these cuts.

In my department, English, if we are told we can’t hire the visiting and part-time faculty we depend on to teach large numbers of general education courses, we’ll have to cut sections, increase class sizes, increase the workload of full-time faculty and provide an impoverished education to our students. This is all while the pandemic is already making good teaching harder and harder.

Happily, we have more than enough resources to avoid these disasters. At last count, Pitt has $2.6 billion in savings available to use however it wants, or however the trustees will approve — the quasi-endowment. Unlike Pitt’s $1.6-billion traditional endowment, which is made up of gifts that donors have contractually restricted to certain uses, the quasi-endowment has no such limitations. Pitt chooses to treat this pool of assets like an endowment, with restricted spending policies focused on maintaining the original amount of money. In reality, Pitt can use this money as it wishes.

“Using it for offsetting these costs would have a negative impact on money going to students,” Gallagher said. “We think it’s sort of robbing Peter to pay Paul.”

Not to mince words: it is wrong that the Chancellor, who received a $669,738 base salary this year, would use sympathetic students as an excuse not to protect the jobs of the faculty and staff who support those students, often for wages less than one-twentieth of his. But even if we accept his terms, the numbers don’t add up. We can fully cover shortfalls of 10% using quasi-endowment funds with no serious impact on financial aid.

Let’s work through the numbers. According to Pitt’s audited financial statements through June 30, 2019, about $1.7 billion of the $2.6-billion quasi-endowment is designated for student financial aid. The rest is for postretirement benefits or in funds owned directly by schools. This financial aid portion of the quasi-endowment pays out 4.75% of its total every year, roughly $81 million, to reduce tuition for certain students.

If we took $100 million from the quasi-endowment to cover a 10% hole in the unrestricted E&G budget next year, the principal would be $1.6 billion the following year, instead of $1.7 billion. If nothing else changed, the distribution for financial aid that year and in later years would be reduced by $4.75 million — 4.75% of $100 million — from $81 million to $76.25 million. That would be a 6% reduction in the financial aid distribution, but it’s better thought of as a 0.5% reduction in the unrestricted E&G budget.

This is because financial aid doesn’t just mean “money going to students,” as the chancellor described it. Financial aid is, in reality, another way of saying operating revenues. Financial aid from the quasi-endowment is existing Pitt money that passes through students and returns to the University in the form of tuition, where it becomes the largest source of revenue that pays for faculty and staff salaries, smaller classes, equipment and supplies and everything else that lets us offer a world-class education to our students.

Designating a portion of the quasi-endowment for financial aid is a way of subsidizing operating budgets, while giving the University more flexibility to reduce tuition for some students and to increase tuition for other students. This tactic is an increasingly common way for universities to justify ever-increasing endowments by claiming they are used for a good cause. In the best of times, this raises ethical issues, and it isn’t a great business model. But in a crisis like this, the imperative to do the right thing is even more urgent. The quasi-endowment exists to support the University’s operating budget — administrators must not hide behind students to avoid supporting researchers, teachers and staff.

Spending from the quasi-endowment does not require us to increase tuition for deserving students. If the quasi-endowment would normally pay out an additional $4.75 million that would reduce tuition for some students, instead of raising those students’ tuition, Pitt could cut the same amount from somewhere else in the budget. A $4.75-million cut in two years would be much less painful than a $100-million cut next year. Another equally plausible solution is that the board of trustees’ investment committee could increase the distribution rate for this portion of the quasi-endowment by 0.3%, from 4.75% to 5.05%, which would get us right back to $81 million a year for financial aid.

The question is not whether students or employees, Peter or Paul, are more deserving. It is whether a $4.75-million deficit in future years or a slight increase to the quasi-endowment distribution rate is a reasonable price to pay to prevent a $100-million deficit next year.

When you consider that it is easier to regrow a small loss to an investment account than it is to restart shuttered programs, to hire and train new staff, to reduce class sizes once they’ve been increased, to regain a damaged reputation, to reopen labs, restart equipment and rebuild a community, this strikes me as a question with a very clear answer.

Tyler Bickford is an associate professor of English and director of graduate studies for the department. He is also the chair of the University Senate Budget Policies Committee for the 2020-21 academic year and a member of the Pitt Faculty Organizing Committee.