Your guide to the June 2 primary election 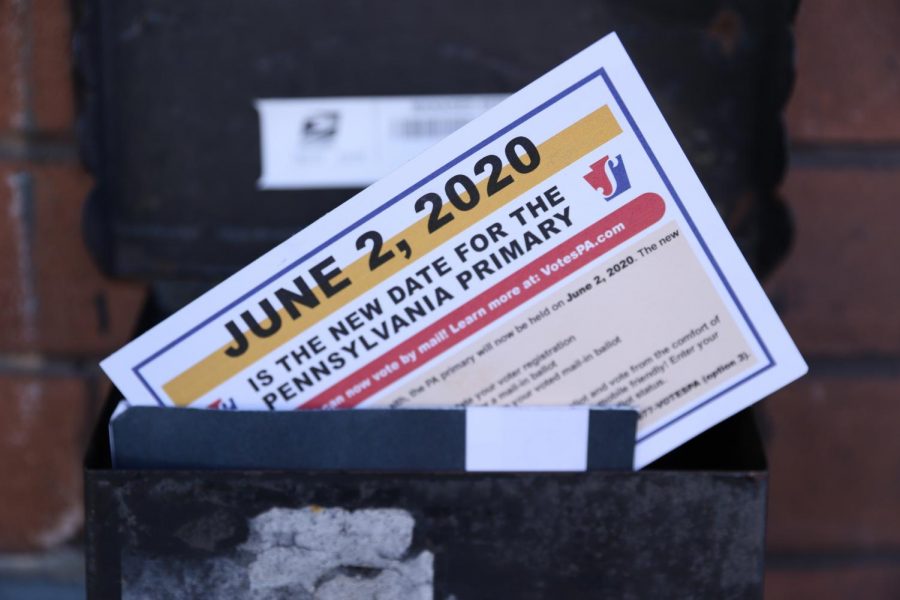 Pennsylvania mail-in ballots must be filled out and received by the county elections office on June 2.

It’s certain that polling locations will not see as many in-person voters as Pennsylvania’s primary approaches on June 2.

This is the first year Pennsylvania has allowed mail-in ballots for anyone who requested one by the May 26 deadline. Mail-in ballots must be filled out and received by the county elections office by 8 p.m. on June 2.

Here’s who you can expect to see on this year’s ballot:

Biden ran for president in 2008, but dropped out after coming in fifth at the Iowa caucus. He was first elected to the U.S. Senate in 1972 at age 29. He is most famous for serving as vice president to Barack Obama from 2008-17. He won the Presidential Medal of Freedom in 2017.

Sanders previously ran for president in 2016 against Hillary Clinton, but lost the primary election. He is the longest-serving independent member of Congress in U.S. history. Sanders believes in health care and education as personal rights. He is a supporter of the Green New Deal and of common sense gun safety legislation.

Gabbard represents Hawaii’s second district in the U.S. House of Representatives. She believes in campaign finance reform to reject the influence of corporate donations on elections. She is a supporter of the Deferred Action for Childhood Arrivals program, which offers undocumented individuals brought into the country as children deferred deportation and eligibility for a work permit.

Trump is the current and 45th president of the United States, elected in 2016. He believes in protections for Second Amendment rights and creating new screening procedures for individuals attempting to gain U.S. citizenship. His immigration plans include ending “sanctuary cities” and building a wall between the United States and Mexico.

Weld served as the governor of Massachusetts from 1991-97. He believes in expanding the working visa program for immigrants and stopping mass deportations. He also supports lowering the cost of community and online college to bolster technical education.

De La Fuente is an American businessman. He ran for president in 2016 under the Reform Party, and won the Alliance Party nomination this past April. He believes in lowering health care costs. He also supports working with private-sector businesses to bring jobs back to the United States that have been outsourced to other countries.

Doyle has served in Congress since 1995. He supports the defense of Social Security, protecting the Affordable Care Act and creating new common sense gun laws. He also believes in challenging Big Pharma to lower the cost of lifesaving medications.

Dickinson is a professor at Pitt’s School of Law. He believes in comprehensive health care reform and supports Medicare for All. He also supports the Green New Deal and the banning of fracking practices.

A U.S. Air Force veteran, Negron believes voting is a fundamental right. He supports the use of mail-in ballots for the elderly, the disabled and military veterans. He also supports passing a bill to establish congressional term limits.

As current attorney general for the state, Shapiro has helped to secure national injunctions that protect access to free contraception as required by the Affordable Care Act. He supports the fight against the opioid epidemic in the northeast, and led a multi-state investigation into Big Pharma manufacturers and distributors.

Heidelbaugh has been a lawyer in Pennsylvania for more than 35 years. She supports working with local district attorneys to form a strong state response to the drug trafficking and opioid crisis in northeastern Pennsylvania. She also supports establishing a blue-ribbon panel of experts to examine the in-state treatment of the mentally ill.

Ahmad served as the deputy mayor for public engagement under Philadelphia Mayor Jim Kenney. She supports challenging Big Pharma to lower costs for lifesaving medications as well as increasing funding for state-supported education programs. She believes in the passing of new gun legislation to increase restrictions on gun ownership.

Conklin served as a Centre County commissioner before being elected to the State House in 2006. He believes in holding the state government accountable for its spending.

Fountain has served in leadership positions in the administrations of the past three auditors general. She supports the prevention of fraudulent use of the state’s COVID-19 Economic Stimulus Funds and Small Business Loans.

Hartman supports evaluating the discrepancy between standards and funding for public and charter schools. She also believes in reversing the focus on punishment over rehabilitation in the state’s criminal justice system and creating better pathways for taxpayer dollars to be spent for criminal justice reform.

Lamb has served as City controller since 2008. He believes in protecting taxpayers from waste, fraud and abuse. He supports greater transparency in the state government’s spending of tax dollars.

DeFoor is a former special investigator in Pennsylvania’s Office of the Inspector General. He believes in ending political loopholes that allow state agencies to keep taxpayer-funded contracts hidden from public knowledge.

As current state treasurer, Torsella has banned the use of middlemen to win investment contracts. He also created the treasury’s first conflict of interest policy and established a chief integrity officer. He also helped to create the Keystone Scholars Program, which provides college and career savings accounts to every child born or adopted in the state after January 1, 2019.

Garrity is a retired Army Reserve colonel. She believes in maintaining the state’s 529 Tuition Assistance Program that helped 30,000 Pennsylvanians pay for college. She also supports returning the $3.5 billion in unclaimed property that the Pennsylvania treasurer’s office sits on to state taxpayers.

Costa believes voting is a fundamental right, and wants to make voting more accessible with same-day voter registration. He also believes that federal and state legislative districts should be redrawn by an independent commission to be more accountable to Pennsylvania citizens. Costa also cosponsored a bill in support of expanding disability benefits for students.

Brittain is a 2008 Pitt alumnus and owner of Shadyside Nursery, a local garden and landscaping contractor. He believes that Pennsylvania’s voting system should change completely to a vote-by-mail system. He supports Medicare for All and raising the state’s minimum wage to $15 an hour.

Frankel has represented District 23 since 1999. He recently received an award from the Women and Girls foundation for his support of efforts promoting gender equity in Pennsylvania. He believes in setting campaign contribution limits to encourage representatives to act more on behalf of their constituents. He also supports automatic voter registration for citizens when they interact with state services.