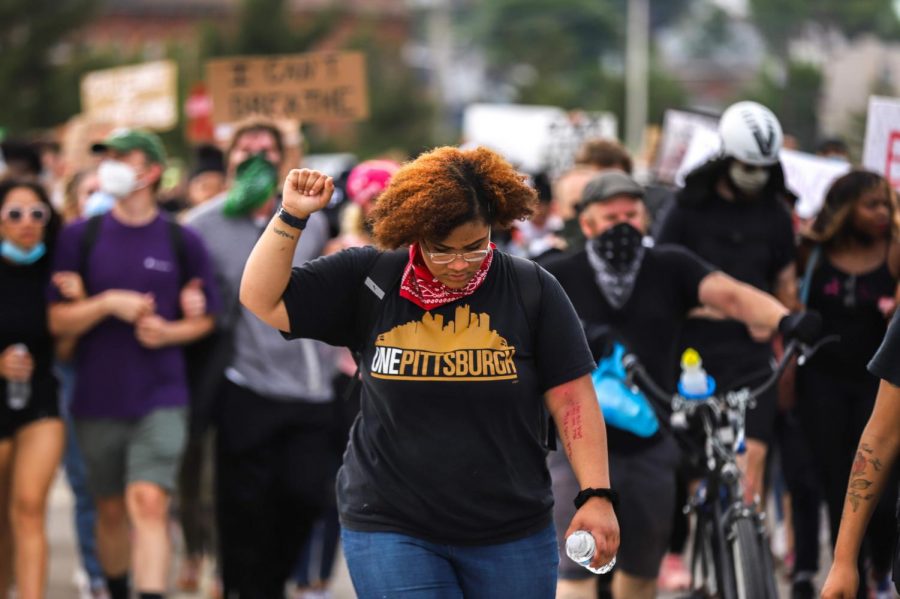 Protesters march across the Birmingham Bridge during a Thursday protest.

Protestors marched through Pittsburgh’s Downtown and South Side neighborhoods on Thursday, as part of a nationwide movement to protest the death of George Floyd, a black man who died in late May at the hands of Minneapolis police. White police officer Derek Chauvin, who has since been charged with murder and manslaughter, knelt on Floyd’s neck for eight minutes as Floyd said he couldn’t breathe. The protest follows similar gatherings in Downtown, East Liberty and Oakland.

Protesters marched through Downtown to the Allegheny County Jail, where they staged a lay-in and held a moment of silence for around eight minutes. Protesters then proceeded across the 10th Street Bridge into South Side, while chanting the names of African Americans who died at the hands of the police. Protesters crossed the Birmingham Bridge with chants of, “Hands up! Don’t shoot!” and, “No cops! No KKK! No Racist USA!” before returning Downtown where they dispersed.