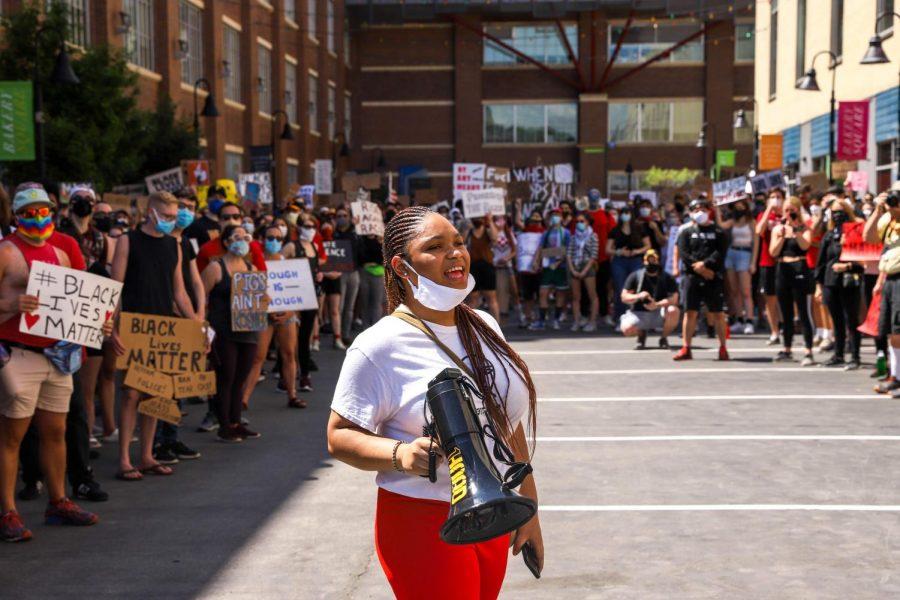 An organizer kicked off a Saturday protest at Bakery Square.

Protesters held a sit-in protest in Pittsburgh’s Bakery Square neighborhood on Saturday, as part of a nationwide movement to protest the death of George Floyd, a black man who died in late May at the hands of Minneapolis police. White police officer Derek Chauvin, who has since been charged with murder and manslaughter, knelt on Floyd’s neck for eight minutes as Floyd said he couldn’t breathe. The protest follows similar gatherings in Downtown, East Liberty, Oakland, and South Side.

After gathering in the Bakery Square parking lot, the crowd then moved to the intersection of Penn Avenue and Bakery Square Boulevard, where it heard from several speakers and held a moment of silence for about eight minutes. Following the two-hour sit-in, protesters marched to the intersection of Centre and South Negley avenues, where they observed a second moment of silence.

Organizers said they would host similar “Civil Saturday” sit-ins in the coming weeks.