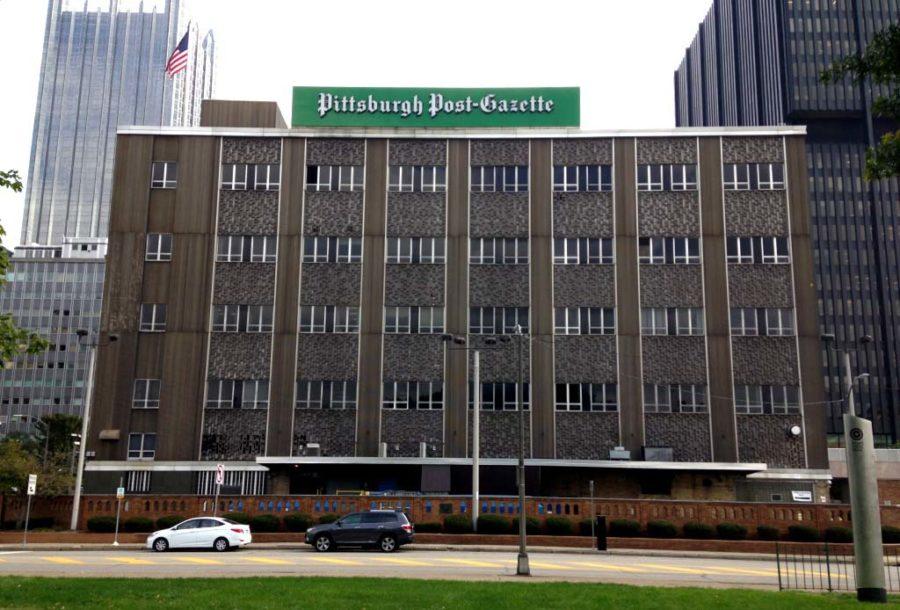 Two of the Pittsburgh Post-Gazette’s prominent black journalists have been barred from covering protests in Pittsburgh following the killing of George Floyd.

Two of the Pittsburgh Post-Gazette’s most prominent black journalists have been barred from covering protests in Pittsburgh following the killing of George Floyd.

The controversy became public last Friday, when black reporter Alexis Johnson said the newspaper’s management told her she could no longer cover the protests due to “bias.” Though the newspaper has no official social media policy, only guidelines, the management cited a viral May 31 tweet by Johnson — a photo of garbage strewn everywhere after a Kenny Chesney concert in Pittsburgh — as the reason they were taking her off the coverage.

A few days later, Post-Gazette photojournalist Michael Santiago — who was part of the Pulitzer Prize-winning team in 2019 for Tree of Life coverage — said he had also been barred from covering protests because management saw him as “biased” since he was black. Several Post-Gazette journalists who supported their black colleagues also accused the newspaper of censoring and deleting articles they published about Floyd’s killing, police violence and protests.

“@PittsburghPG has chosen to silence two of its most prominent Black journalists during one of the most important civil rights stories that is happening across our country!” Santiago tweeted.

We’re appalled — though unfortunately, not shocked — by the racist behavior of Post-Gazette management. We at The Pitt News stand with Alexis Johnson, Michael Santiago and the Newspaper Guild of Pittsburgh.

Racism has been a long-standing issue with the Post-Gazette. Columnist Jack Kelly wrote a 2015 piece asserting that no living black Americans have suffered from slavery, and are better off than if their ancestors had remained in Africa. On Martin Luther King day, in 2018, the Post-Gazette published a widely condemned editorial titled “Reason as Racism,” which defended President Donald Trump’s use of the phrase “shithole countries” to describe nonwhite developing countries. The editorial received backlash, but no action was taken. Instead the Post-Gazette promoted the writer of the editorial, Keith Burris, to executive editor a year later. He still oversees the newsroom. And John Block, the publisher, is a long-standing racist, too. Before he was appointed publisher, he said in 2013 that people of color need to pull themselves up “by their bootstraps.”

#IStandWithAlexis was trending on Twitter last Friday, as readers, newspapers and journalists throughout the country took a stand against the Post-Gazette’s racism. The Newspaper Guild of Pittsburgh launched a petition last Sunday to demand that the newspaper reverse its actions in taking black reporters off of the movement.

“Rescind your ban and allow these Black journalists to cover the most monumental civil rights movement in more than 50 years,” the petition said. “Stop retaliating against their supporters. Fulfill your mission by adequately and ethically covering the protests and related issues.”

It’s disappointing when a local newspaper like the Post-Gazette is a model of what not to be, instead of what to strive to be. We’re grateful for the reporting that Pittsburgh City Paper has done on the Black Lives Matter protests and the racism at the Post-Gazette.

We stand with Alexis Johnson, Michael Santiago and any other journalist who has been subjected to the Post-Gazette management’s racism. Like the guild petition said, if the Post-Gazette wants to fulfill its mission adequately and ethically, it needs to reinstate its black reporters. There are no voices more important in this moment than black voices.