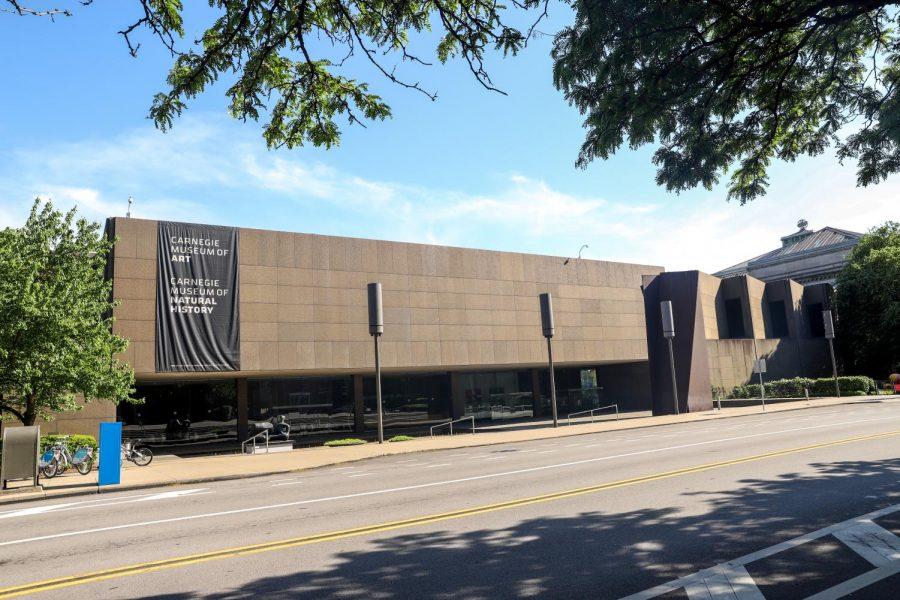 The Carnegie Museums will reopen to their members on June 26 and the general public on June 29.

The Carnegie Museums of Pittsburgh will reopen later this month after a three-month closure, and visitors may have to treat each other like priceless works of art.

The Carnegie Museums of Art and Natural History, Carnegie Science Center and The Andy Warhol Museum will reopen to their members on June 26 and the general public on June 29. The museums will institute social distancing measures, including limiting building occupancy to 25% capacity and the use of timed ticketing, according to a June 9 press release.

The reopening will also bring the opportunity to view several new exhibits. At the Warhol, an exhibition called “Femme Touch” will examine the influence of women and feminine-identified people in Warhol’s work, while “Dinosaur Armor” at Carnegie Museum of Natural History shows the use of body armor on prehistoric animals. CMOA’s “An-My Lê: On Contested Terrain” explores the Vietnam War and its aftermath through photography.

According to Steven Knapp, the president and CEO of the Carnegie Museums, the halting of ticket sales, as well as reduced funding from Allegheny County’s Regional Asset District and private donors, has put financial stress on the museums since their March 14 shutdown.

“By the time we open, our doors will have been closed to the public for fully 15 weeks,” Knapp said. “It’s placed a huge financial strain not just on us but on all museums and other [cultural] institutions.”

The four institutions furloughed about two-thirds of employees, most of whom worked jobs that can’t be done remotely. To further reduce expenses, museum leadership suspended raises and cut salaries for remaining employees, Knapp said.

Although the reopening will help provide ticket sales revenue, Knapp said he’s not sure whether large numbers of visitors will want to return immediately due to health concerns.

“Even when taking as many precautions as we can imagine, we need to see how comfortable people feel coming back to public spaces the way they did before the pandemic,” Knapp said.

Knapp added that private donors have redirected much of their efforts toward funding medical research and public health instead of the arts.

“We’ve heard from many foundations that during this crisis, they need to turn their attention from funding arts and cultural institutions to the immediate needs of vulnerable populations and supporting front-line workers,” Knapp said.

In particular, the Carnegie Science Center, which offers hands-on activities as part of its science education programing, will face many limits when it comes to reopening. But the Science Center will continue to fill in the gaps with online programming while some of its exhibits remain closed.

Director Jason Brown, who has a background teaching middle and high school, said the pandemic demonstrates the importance of STEM education more than ever, especially outside the classroom.

“This pandemic has shown that [the] importance of science in our lives has never been more clear,” Brown said. “From an educational perspective, there’s never been a more important time to engage in informal education that is offered by the Science Center.”

The Carnegie Museums also contribute to the education of some Pitt students through internships, but it is not totally clear how those internships will be affected by reopenings.

Alex Taylor, an assistant professor and academic curator in the history of art and architecture department, is working with the Carnegie Museums, along with other local museums, to place Pitt students in fall internships. According to Taylor, although the buildings are reopening to visitors, the internships will still take place, and museums will have to adjust to operating under restrictions before placements can be finalized.

“For this coming semester, my approach is to wait until museums are back on their feet,” Taylor said. “I think that later in the summer, students and I will be able to secure the best possible opportunities for the fall.”

As a result, internship programs might still be virtual this fall, though Taylor said some museum and archival work can be done remotely. But some students, such as Molly Powell, were able to complete modified spring and summer internships during the shutdown. Powell worked this past spring to digitize the Greer Lankton archive at the Mattress Factory — which is not a Carnegie Museum and has not announced plans to reopen — and received a Fine Fellowship to continue her work this summer.

Powell, a rising senior majoring in history of art and architecture, said although she would have liked to work in the physical archive, she feels fortunate that she was still able to carry out her fellowship and work with museum staff.

“I was very lucky in that the nature of the work I was doing lends itself to working from home,” Powell said. “It’s been really interesting seeing the response that the museum and these people have given this crazy, unexpected situation.”

When it comes to possible in-person work, Knapp said there will be restrictions in place to make sure students and faculty, whether doing internships or conducting research, stay safe while in each building.

“We’ve developed policies for how their roles will be handled,” he said. “In all cases, it’s going to involve things like how they can work physically in space [and] when they have to have a mask.”