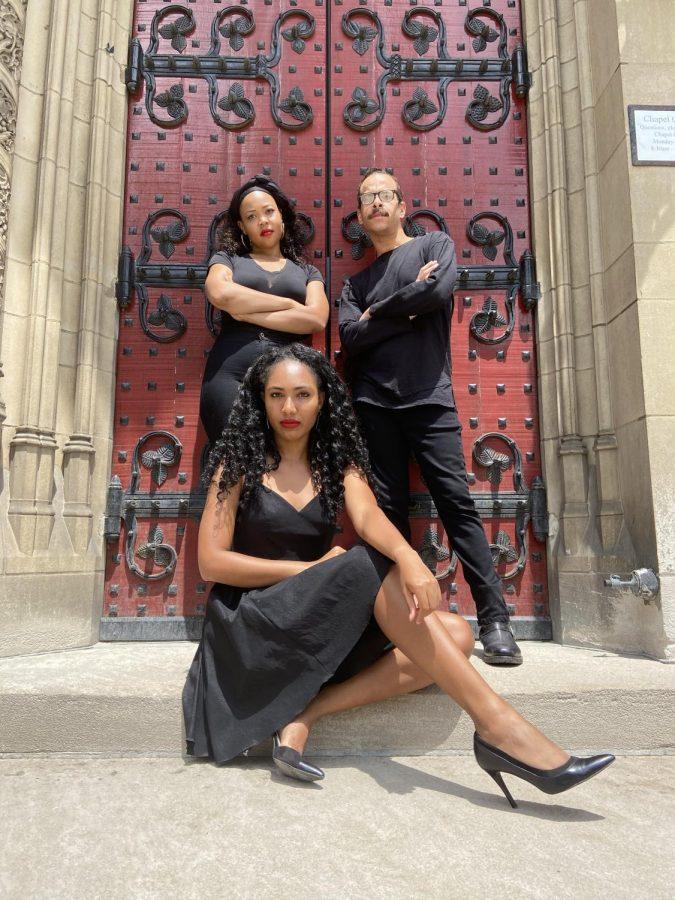 The dean of Pitt’s School of Medicine agreed on Thursday to comply with numerous wide-ranging demands from Black students, after multiple meetings and more than 400 petition signatures. The changes arrive during a debate over race that is convulsing the country, caused by a spate of killings of Black men by the police and years of tension boiling over.

The demands vary from scholarships for Black students to additional support staff to reforming School curriculum and policies. Anantha Shekhar, the senior vice chancellor for health sciences and the School’s dean, agreed to many of the demands in a Thursday afternoon email obtained by The Pitt News.

Casey Tompkins-Rhoades, a fourth-year medical school student, said she has felt inequalities between Black students and other students for many years, and this is what drove her and other Black students to demand change.

“We really just wanted to come together and demand a change from our University,” Tompkins-Rhoades, a primary author of the demands, said. “We wanted a safe space here, on the campus of the University of Pittsburgh, for Black students to feel safe and supported.”

Many of the demands involving Pitt police, such as increased transparency and more stringent disciplinary measures, were not agreed to, given that the police is not controlled by the School of Medicine. It is currently unclear how the general University administration will take up these demands.

University spokesperson Pat McMahon did not respond to specific questions about the demands, but said in a statement that Shekhar has been engaging in an “ongoing, frank and direct dialogue” with students, faculty and staff about systemic racism.

“He is continuing that dialogue today with a focus on ensuring that the actions taken are meaningful and tangible, and that they are grounded in the lived experience of our community members,” McMahon said.

One of the students’ core demands was the creation of several scholarship programs. Shekhar agreed to two fully paid scholarships for Black medical students every year and two scholarships for high school students applying to college. There will also be a new senior award in memory of Antwon Rose II, an area 17-year-old who was killed in 2018 by a former Pitt police officer who was then working for another local department. Shekhar also agreed to look into integrating scholarship awardees with the School’s guaranteed acceptance program.

Alexandre said the scholarships are a good way to promote Black excellence and try to attract additional Black students. The School has 62 Black students as of fall 2019, composing about 10% of the 610 total students.

“This is a point that pretty much benefits the University more than anybody else,” Alexandre said. “It makes zero sense to not give back to this community.”

The students also raised concerns over the School’s Honor Council. Tompkins-Rhoades said the body has deviated from its original purpose to deal with issues of professionalism and behavior and needs to be dissolved.

“While Honor Council may have been intended as a way for peers to keep each other accountable,” Tompkins-Rhoades said, “it’s turned into more of students policing other students for speaking up against racism, sexism and things that they find wrong.”

Shekhar said the Council, as it currently exists, will not be continued. He also agreed to a demand for an ombudsperson to create a neutral third party to resolve conflicts.

The students also demanded that Pitt disband another School institution, the medicine honors society Alpha Omega Alpha. Eleazu noted that many schools have dissolved their AOA chapters after the organization has come under fire in recent years for alleged discrimination and racial bias in the selection process.

Alexandre said she had tried to research more information about Pitt’s AOA selection process, but was unable to find out what criteria was used.

“It’s really unclear what kind of metrics they use,” Alexandre said.

Shekhar said AOA’s record over the last seven years is “not acceptable.” He said a rapid response team will review the organization’s actions over the next four to six weeks, and recommend whether Pitt’s relationship with AOA should be severed.

Shekhar added that racism within the School will be addressed better, another demand of students. He said there will be “serious consequences” for racist behavior, up to and including dismissal. Shekhar said he is working on specific steps, ensuring there is due process for both sides and that a response will meet the seriousness of an infraction.

The students also demanded the renaming of Scaife Hall, the home of the School of Medicine. The building is named after Alan Magee Scaife, the father to Richard Mellon Scaife and Cordelia Scaife May, heirs to the Mellon fortune. May gave more than $180 million to anti-immigration causes through the family’s Colcom Foundation.

Chancellor Patrick Gallagher said last Thursday that a committee was being formed to consider the renaming. The building renaming process, most recently used in 2016 for then-Parran Hall, includes approval by the board of trustees.

But while students declared victory over the demands, they said they were upset they had to put up such a fight, making it feel like they were doing the work of top administrators for them. Destiny Mann — the president of Black Senate, an umbrella organization for Black student organizations on campus — said it often falls on Black student leaders to respond to crises.

The students added that when they try to work with administrators, it does not always go smoothly. Eleazu, the president of the Student National Medical Association, said it was upsetting that administrators were “disorganized” and unprepared for the June 4 town hall meeting to discuss the demands. She said organizers had sent the demands to administrators several days in advance so they would have time to prepare a response.

“They had no notes, no actual responses to a very well thought out, well-written document,” Eleazu said. “It’s just kind of embarrassing for them.”

This sentiment is part of some of the demands, such as the demand that students should be paid for their input and work. Shekhar said the students would be paid an “equitable” hourly rate. Students who are part of underrepresented minority groups will also be granted up to two extra days during the semester for mental health reasons. Dedicated support staff and mental health professionals for Black students will be hired.

Eleazu said it is “disheartening” and “bittersweet” that it requires a worldwide movement like Black Lives Matter to effect change at her school.

“It’s a sad reality because these are not new topics,” Eleazu said. “This conversation should have been before I was even on this campus.”