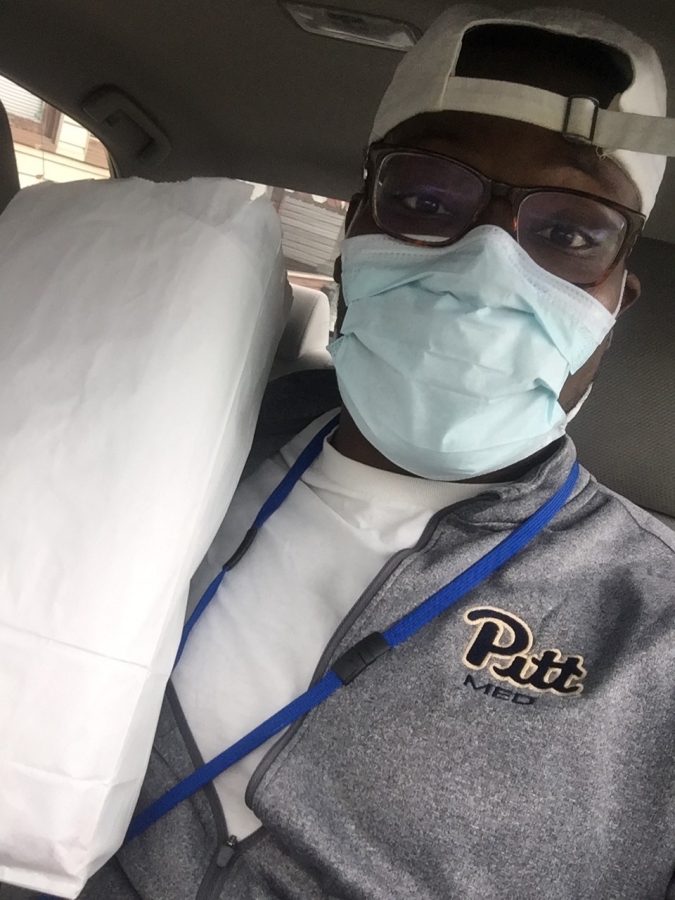 Medical professionals need as much help as they can get during the COVID-19 pandemic. Several Pitt medical students decided to answer that call.

412Med, a student-led organization helping underserved communities in the Pittsburgh area, has provided medical services to the community after the halting of clinical rotations in March, which have since resumed.

Ben Zuchelkowski, a fourth-year medical student, said he was first inspired to start the organization in mid-March, following a meeting with Dr. Mark Gladwin, the chair of the Department of Medicine, where they spoke about how medical students could help their community during the pandemic.

“People would stop showing up for work for fear of their own safety,” Zuchelkowski said. “We realized that this was an opportunity for medical students — like ourselves — to step up and fill those roles.”

After the meeting, it took less than a week for Zuchelkowski and four other Pitt medical students to establish 412Med, named after the telephone area code for the Pittsburgh region.

“We thought, as medical students, we were uniquely positioned to help out,” Zuchelkowski said. “We had the training to help out in clinical situations, and all you need is a willingness to listen — not necessarily to reinvent the wheel, but to assist in ongoing work in the community.”

Beth Gordon, a fourth-year medical student and head of child care services, coordinates the distribution of graduate student volunteers to families in need of child care. Gordon said she got involved with 412Med because she wanted to make the lives of health care workers a bit easier.

“We noticed that although there was a flare in child care needs during the pandemic, health care providers already have trouble getting child care services, especially with their demanding and unpredictable schedules,” Gordon said. “What we have created, essentially, is a pool of willing student volunteers who can address these child care needs for health care workers going forward.”

Carly O’Connor-Terry, a fourth-year medical student, came to 412Med with previous experience helping the local community. She worked for the Pittsburgh Center for Autistic Advocacy as an undergraduate student, and she collaborated with medical students from other universities to create educational resources about COVID-19. She used these experiences to help create a guide on COVID-19 precautions in the style of a comic book for young children.

According to O’Connor-Terry, 412Med began its initiative by organizing contact tracing efforts. Since then, the group has transferred contact tracing operations to the students taking the Public Health Practicum, a new elective launched by the School of Medicine.

412Med currently provides child care services and education efforts for the community on preventive measures against virus transmission and is working in collaboration with the Birmingham Free Clinic on a food and medication delivery service.

Tejasvi Gowda, a recently graduated Pitt Med alumna and resident at Rochester General Hospital, worked at the Birmingham Free Clinic while taking undergraduate classes at Carnegie Mellon University. As an undergraduate, Gowda volunteered to operate a social services help desk at the clinic, which served to connect patients with employment, housing and food assistance. She worked with 412Med to help implement a food and medication delivery service for sick patients who were unable to shop for themselves.

“At first, we thought that [412Med] would move in a clinical direction, such as cleaning hospital rooms or performing patient intakes, precursory appointments intended to check patient history,” Gowda said. “However, we realized that our efforts were better spent providing child care to health care workers and delivering medications to people in the community.”

Mary Herbert, clinical director of the Birmingham Free Clinic, estimates that the clinic and 412Med have worked to deliver more than 100 emergency bags of food to patients since the beginning of the pandemic in March. The clinic has also continued treating its usual 200 patients while taking in about 30 new patients with varying illnesses. Clinic volunteers, who are mostly pharmacists, pharmacy students and students involved in 412Med, modified their workflow so their team could perform patient screenings over the phone.

“One of the unique things about Birmingham is that we have a very large medication dispensary and a team of pharmacists, as a lot of our patients suffer from chronic diseases,” Herbert said. “They only get their medication from us, because it would be too expensive for them to pay out of pocket.”

With the possibility of a second pandemic wave on the horizon, the Birmingham Free Clinic and 412Med are striving to prepare as well as they can. The students at Pitt Med believe that they can make do with the resources already available to them.

“We were never trying to reinvent the wheel,” O’Connor-Terry said. “We were only trying to bridge the gap between these existing relationships with community organizations and simply fill in where we were needed.”