Baseball’s greed is killing it from within 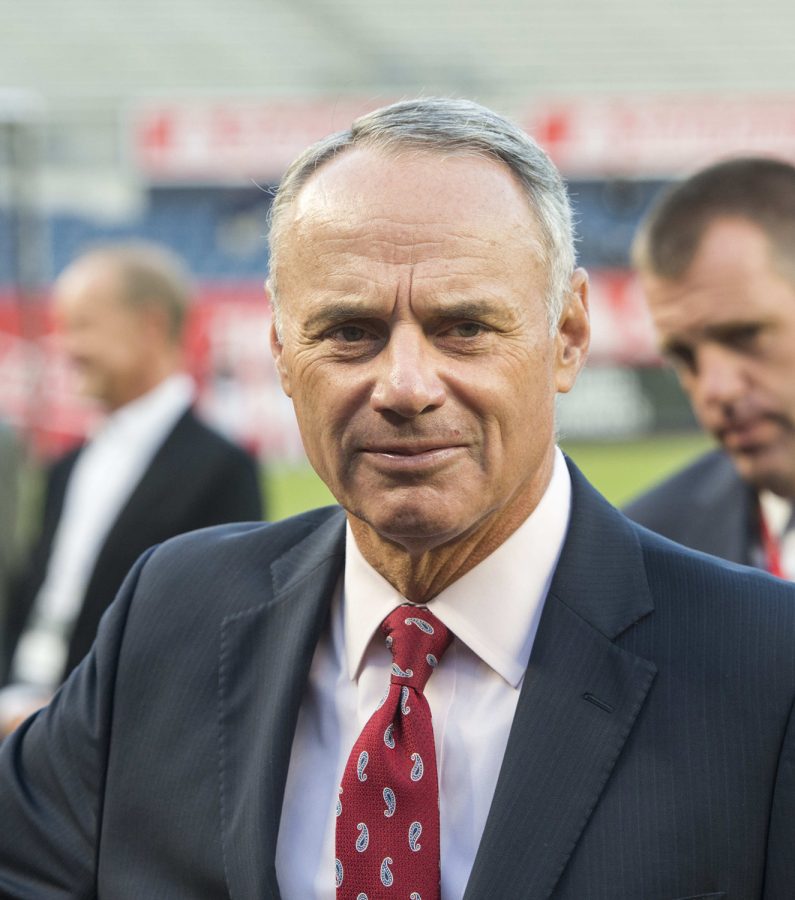 It appears as though baseball has squandered a great opportunity, even as the sport marches toward an agreement to resume play.

Rob Manfred, the MLB commissioner, and Tony Clark, the MLB Players Association executive director, met in June, face to face in Arizona for the first time since the first shots of baseball’s latest labor skirmish were fired, and the two sides reached a new return-to-play agreement on Tuesday night. The new agreement will feature a season of about 60 games, fully prorated salaries and a universal designated hitter.

While both sides can be blamed for their lack of good-faith negotiation and compromise, the recent dispute exposes a disturbing trend that poses a real threat to America’s pastime — the insatiable greed of MLB owners.

The COVID-19 work stoppage exposed a paper trail of bad-faith negotiations and corporate greed that extends years back into the sport’s history. The sins of the owners during America’s darkest moment since 9/11 have the potential to destroy the game as we know it and should elicit real concern about the fate of baseball’s new collective bargaining agreement that will be negotiated after the end of the 2021 season.

It was clear from the beginning that the owners were never serious about trying to make the best of the 2020 season. On March 26 — what should have been opening day — the players and owners agreed to push back the start of the MLB season and that owners would pay players prorated salaries based on the amount of games played. The March 26 agreement also stipulated that the commissioner was granted the power to start the MLB season and demand a certain amount of games be played, as long as the players received their full prorated salaries.

At the time, popular thought was that the commissioner would start the season as soon as it was deemed safe. Obviously, this has not happened, as owners wanted to circle back to the table and reverse the terms that they had already agreed to.

The owners claimed that the sport was operating at a loss and players would need to agree to a pay cut, on top of their already prorated salaries, in order for the sport to survive — a complete flip from the terms agreed to in March.

To make matters worse, St. Louis Cardinals owner Bill DeWitt Jr. made a dubious claim about the profitability of baseball on 590 TheFan, a local radio station.

“The industry isn’t very profitable, to be honest, and I think [the players] understand that,” DeWitt said. “They think owners are hiding profits. There’s been a bit of distrust there.”

Most players are extremely skeptical that the sport’s budget is that tight, and believe that baseball could survive for one year operating at a loss — and the numbers seem to back it up. The MLB generated a record $10.7 billion in 2019, and Turner Broadcasting just signed a deal worth upward of $1 billion to broadcast just one of the league’s nine playoff series.

As for the owners’ pockets, take a look at Jeffrey Loria, former owner of the Miami Marlins. While owner of the Marlins, Loria claimed for years that the team was operating at a deficit amid rumors of bankruptcy or even complete financial collapse. When Loria sold the team in 2017, he collected $1.2 billion, despite only purchasing the team for $158 million. Loria made out just fine.

Owners have almost admitted recently to hiding profits when they demanded the players waive their right to file a grievance for the 2020 season. As with most professional sports teams, MLB franchises’ finances are not public record, but a grievance by the players’ union could change that.

Teams would need to prove in court that they needed players to take a pay cut by unsealing their books and show the massive losses they claim to be suffering from. MLBPA would attempt to prove that the league was arguing in bad faith — they were violating the league’s collective bargaining agreement by limiting the number of games played and attempting to avoid paying fully prorated salaries. Mysteriously, the owners have been unwilling to make their finances public. They are so terrified of being forced to expose their steadfast commitment to their bottom line that they want the players to be contractually prevented from pursuing legal action. If their financial situation was so dire, it would be no trouble to prove it.

Baseball’s power structure is broken, and a tentative agreement to return to play will not fix it. The players were backed into a position where their only negotiating power was to call on the commissioner to implement the season via the March agreement by tweeting the phrase “#WhenAndWhere.” There probably will be a “when” and a “where” for 2020 and 2021, but the current state of labor relations within the sport casts a very dark shadow beyond that.