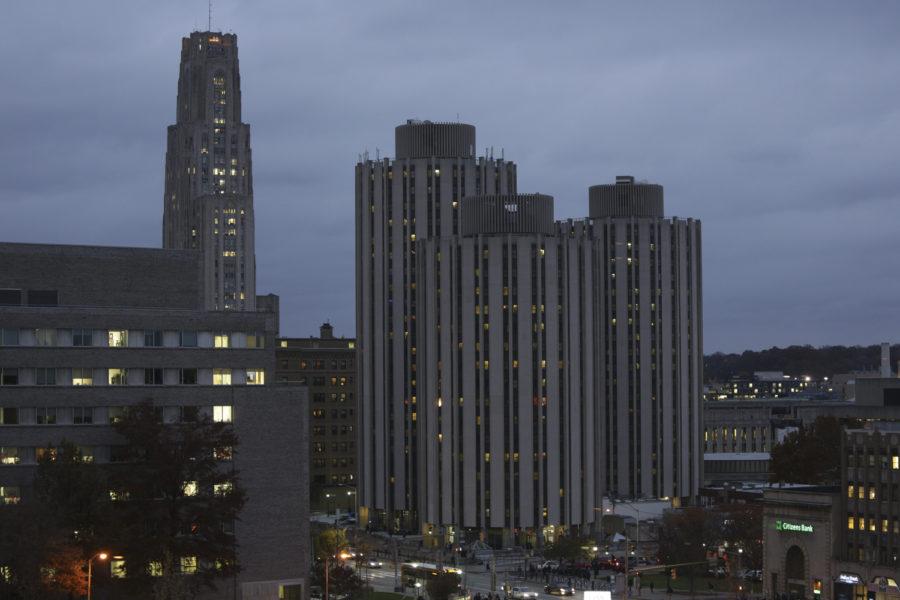 Litchfield Towers A, B and C are located on lower campus between Fifth and Forbes avenues and house approximately 1,800 students.

Pitt will lease around $22 million in rooms across multiple hotels to house a “significant portion” of first-year students, officials announced Thursday. The move is one of a series of steps to de-densify campus, due to the ongoing COVID-19 pandemic.

The properties and facilities committee of the board of trustees unanimously voted Thursday morning to allow the University administration to finalize negotiations with the unknown hotels, and enter into contracts with them.

Pitt said the hotel housing will operate in the same way as on-campus housing, with 24-hour security, as well as resident assistant and resident director staff to provide supervision and support. University shuttle routes will also be updated to provide service to these locations. Incoming students will receive room assignments in mid-July, as is Pitt’s custom.

Pitt said although fewer students will live in residence halls due to de-densification, suite and apartment-style residence halls, where upperclass students typically live, will not need to be de-densified due to their configurations.

Matthew Sterne, the vice chancellor for business services, said his team worked on this “critical” way to bring students back to campus with the chancellor’s Healthcare Advisory Group.

“Meeting both of these goals — providing space for everyone who wants it and following the public health guidelines on de-densification — was a significant challenge,” Sterne said.

Pitt said Panther Central will contact those students who requested housing with information on how they can reaffirm their commitment and sign a new housing contract, due July 10. Returning students who selected housing options in the spring can expect to keep those placements, the University said.

Pitt also said it expects to release guidance in the next week on health and safety standards developed by the Healthcare Advisory Group, along with information on plans for flexible operating postures based on prevailing pandemic conditions.

The committee also approved the sale of the D wing of UPMC Presbyterian Hospital to UPMC for $17.5 million, and an L-shaped land parcel on Lothrop Street to UPMC for $1.24 million. UPMC has leased the D wing from Pitt since 1990.