Board to form ad-hoc committee to study fossil fuel divestment 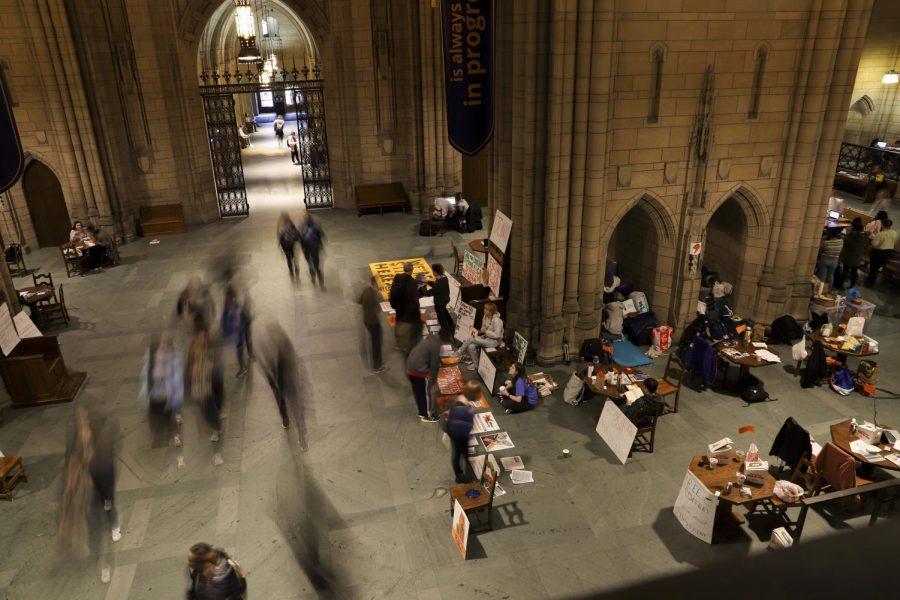 The Fossil Free Pitt Coalition held a sit-in in the Cathedral Learning in February to demand the board of trustees divest from fossil fuels.

Pitt’s board of trustees will form an ad-hoc committee to study whether the University should divest its $4.3 billion endowment of fossil fuel investments, officials announced at the board’s Friday morning meeting.

Newly minted board chairperson Tom Richards said board member Dawne Hickton would chair the committee, and additional committee appointments will be announced soon.

The move takes advantage of the socially responsible investing process adopted at the board’s February meeting to formally recognize requests for investment exclusions from the University community. The committee will analyze the possible exclusion, and present a findings report to the board for possible action.

The action also comes after years of pressure from student groups, such as the Fossil Free Pitt Coalition, urging divestment. The group disrupted a September board meeting held at the Johnstown branch campus and held a week-long February sit-in in the Cathedral of Learning’s commons room.

FFPC said in a statement that it is “glad” to see the Board taking action on the issue of fossil fuel investments, and is eager to hear more specifics about the ad-hoc committee.

“We expect to see a clearly defined timeline for the committee’s actions and significant student representation on the committee,” the coalition said.

The group added that it would like trustees with ties to the fossil fuel industry abstain from any vote involving fossil fuel investments.