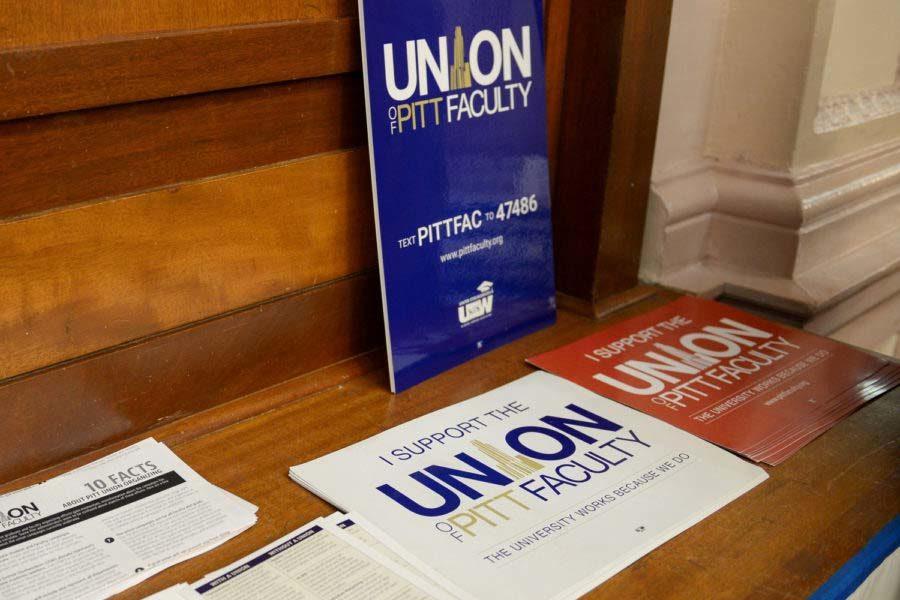 Faculty union organizers are still hopeful they’ll be able to hold a vote.

Pitt faculty may soon get another chance to prompt a union election.

A Pennsylvania Labor Relations Board hearing examiner delivered a victory to faculty union organizers when he ruled Thursday that the 4,018-member faculty union eligibility list that Pitt submitted was “factually and legally inaccurate.”

Hearing Examiner Stephen Helmerich’s ruling removes nearly 400 names from the University’s eligibility list, many of whom were upper administrators or faculty who left the University years earlier, according to United Steelworkers, the union aiding Pitt faculty’s unionization attempt.

Pitt spokesperson Pat McMahon said the University remains confident that it has acted in an “appropriate” manner.

“While we disagree with his conclusions about the majority of the changes [Helmerich] ordered, we note that he upheld the validity of more than 90% of the list,” McMahon said.

Trimming the size of the bargaining unit will help faculty union organizers achieve the required 30% of faculty they need to prompt a union election, after the initial “showing of interest” fell short in April 2019. The initial ruling was made using the University’s original eligibility list. Another ruling on the “showing if interest” using the new eligibility list should come out later this year.

To make the decision on the size of the bargaining unit, Helmerich considered multiple different formulas, which would have yielded different numbers of employees. He ended up choosing the formula Pitt used when faculty tried and failed to unionize in 1996.

Pitt already agreed to remove more than 200 administrators and retirees from the list at a round of hearings in December after an investigation by The Pitt News from October found that more than 100 retirees and administrators were included in the bargaining unit.

Union organizers said they collected enough signed authorization cards to prompt an election with a bargaining unit of 3,500 and that they fell short because Pitt deliberately inflated the list to derail unionization efforts.

Organizers have not only taken issues with Pitt allegedly inflating the list, but also with the fact that Pitt spent more than $1 million dollars on “union avoidance” law firm Ballard Sphar last fiscal year to contest faculty and graduate student unionization efforts.

“Using frivolous litigation to delay an election is a classic union-busting tactic,” Mauk said. “Clearly they’re worried that faculty, once they have a choice, will seize the opportunity to compel the administration to shift the University’s priorities back to teaching, research and clinical work that faculty do.”

Pitt can still appeal the PLRB’s ruling, but McMahon declined to say whether or not the University would do that.

“We disagree with the PLRB’s decision, and will carefully consider our next steps,” McMahon said.