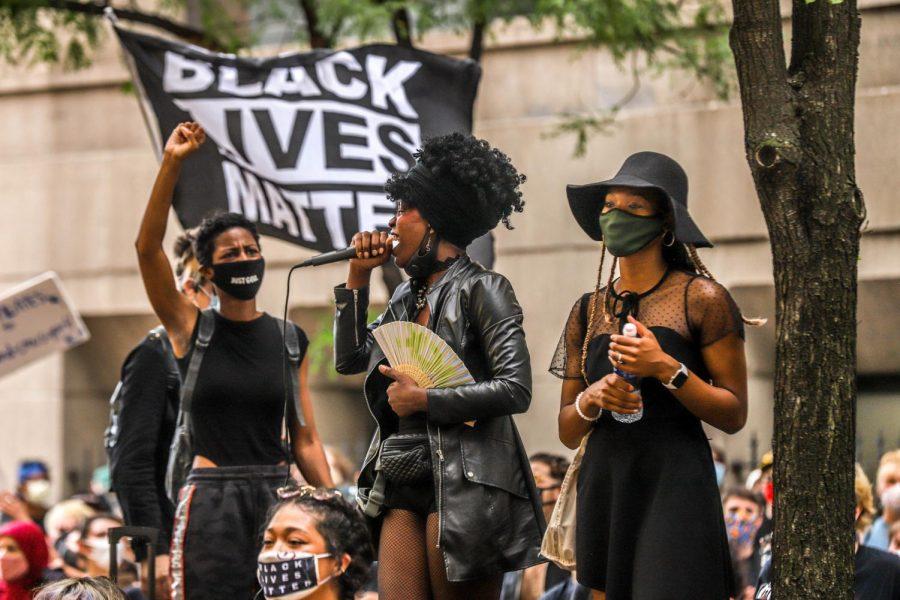 Protesters demonstrate outside of the City-County Building at a Saturday protest.

Protesters gathered on Saturday at Market Square to protest Pennsylvania Code Title 18, Section 508, which regulates use of force for law enforcement in the state. The protest was another in the Civil Saturdays series of protests, organized by Black, Young and Educated. Protesters dressed in black for what organizers called a “Pittsburgh’s Blackout” and marched through Downtown with chants of, “No Justice! No Peace! No Racist Police!” “Protect Black Women!” and, “Black Lives! They Matter Here!”

There have been numerous protests in the City in recent weeks, as part of a nationwide movement to protest the death of George Floyd, a black man who died in late May at the hands of Minneapolis police. White police officer Derek Chauvin, who has since been charged with murder and manslaughter, knelt on Floyd’s neck for eight minutes as Floyd said he couldn’t breathe. There have been similar protests in Downtown, East Liberty, Oakland, South Side, Bakery Square and the Hill District.