Opinion | The top 1% have a stranglehold on American democracy 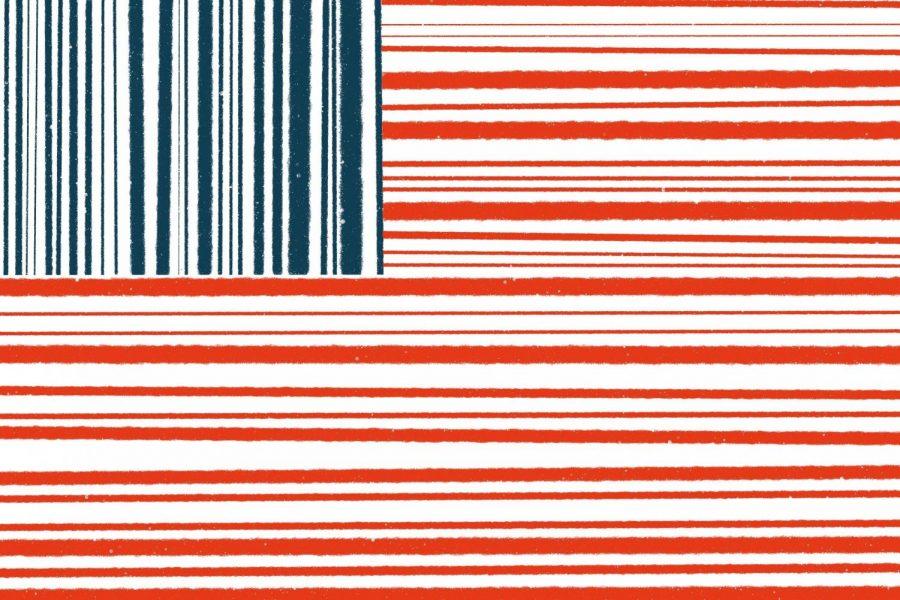 These are dark times, there’s no sugarcoating that. People are dying, losing their jobs and struggling to make ends meet. With the COVID-19 pandemic continuing to ravage America’s heartland at an exponential rate, it seems that there is no end in sight for when the sickness and economic recession will end.

To make matters worse, the government is leaving people to fend for themselves, surviving off of a $1,200 check that seemed to be announced ages ago — and still took months to reach many Americans. It seems completely preposterous that government leaders in charge of protecting their fellow Americans could be so naive as to think that a one-time payment so small could be a substitute for a living wage, but that’s where we are in America.

While many Americans are struggling, those in the top 1% are doing better than ever before, and it is a great time to be ultra-wealthy in America. Never before have you been able to get such leeway from the IRS with no repercussions at all, as the richest 1% of Americans are collectively responsible for 70% of all unpaid taxes. This may surprise you, but during this pandemic — and during peacetime — the 1% has gotten more handouts from the government than everyone else. They don’t get money directly from the government, though, that would be too obvious. They get free taxpayer money in the form of small-business loans that are granted to mega-corporations, which are then used by executives on stock buybacks to drive up the stock price. Driving up the stock price is really the end goal, because the majority of their wealth is directly tied to these stocks.

That is why Trump and countless other bad-faith politicians care so much about the stock market and reference its big numbers when questioned about the economy, even though the two are not the same. If these corporations and plutocrats are happy, they will continue to donate to Trump and other politicians, so they stay in power and do their bidding. These politicians don’t care about you and me because we don’t make them any money. In fact, these politicians don’t want you and me to see eye to eye, because then we’ll figure out that we’re being screwed by these people. They want you and me to be divided on small potato issues — like what Trump tweeted or if some celebrity should be cancelled — that distract you from what is really going on. Policy decisions, long polling lines, the lack of political turnover — these are the real questions we need to be aware of and constantly thinking about. And that is the real grift going on in Washington, D.C. — politicians in both parties being bought out by America’s ultra-wealthy.

Because there is such polarizing discourse about what some politician said, cultural differences, the arts and other issues that don’t actually affect your life, the majority of Americans are blind to what is really going on. Trump’s entire cabinet is filled with corporate interests who have benefited from the many policies that screw more than 99% of Americans, though seemingly no one is talking about it. Presumptive Democratic presidential nominee Joe Biden’s many policy proposals look to benefit Wall Street executives and the prison industrial complex, but the news media hasn’t been too critical. The only two candidates for president with a chance of winning have a 100% chance of advancing corporate interests at your expense.

Do you ever wonder why America is still in the Middle East? America has been at war for essentially my entire life — more than 18 years — with no end in sight. The worst part is that we continue to expand our presence. We have troops in Afghanistan, Iraq, Syria, Pakistan, Yemen, Libya, Somalia and other Middle Eastern countries — all in the name of the “War on Terror.” Unlike our intervention in World War II, this military involvement is not because of a righteous cause to root out fascism. No, America is at war, much to the people’s dismay, because of the huge profits the military industrial complex receives and the country’s need to dominate the oil industry. The politicians in the pockets of these defense contractors continue to stoke the flame of war, while making off like bandits, at the expense of American lives.

Even though Joe Biden said he plans to end these forever wars, don’t put too much stock into what he says. President Donald Trump and Barack Obama said the same thing, yet young American men and women are still being shipped overseas to fight for corporate interests.

The reason why many young people like me have such disdain for both candidates in the upcoming 2020 election is because it’s the same neoliberalist garbage that gave us the 2008 recession and the current economic downturn. We know that no matter the outcome, nothing will fundamentally change. Sure, the president won’t be tweeting as much and will be more respectful if Biden commands office, but is he going to end the wars? Or enact Medicare for All? Or do something about mass incarceration? My expectation would be a resounding no, as some of the ultra-wealthy derive their wealth from the military industrial complex, private health insurance and the prison industrial complex. Obscene amounts of money are spent by these plutocrats so constituents of their choosing get to make the decisions for their benefit, not yours.

The absolute worst part of living in a plutocracy is having the media controlled by an elite class that focuses on splitting the people in two, creating a tribalist society like we have today — red versus blue. When non-establishment candidate Bernie Sanders was the frontrunner in the Democratic primary, corporate media was attacking him nonstop, bringing up bogeyman phrases like “socialist” or demonizing his supporters. In reality, his “socialist” policies such as Medicare for All and a Green New Deal are very popular among Americans, and so were many of his other policies — but you wouldn’t have known it from the way the media portrayed him as a fringe candidate who was “unelectable.” The corporatists helped Biden win the nomination with tropes like “vote blue no matter who” — a phrase that provided enthusiasm for voting for a “team” when their candidate of choice could not garner much on their own.

This is just one example showing how corporate media and the people running it want politics to be like sports, though without any players. The corporatists want you to be focused on either the blue team or the red team, while paying no attention to the policies enacted by either candidate. This presidential election cycle is the top 1%’s wet dream, and no matter who commands the oval office next February, the top 1% will be the ultimate winners.

Ethan Tessler writes mostly about contemporary issues that don’t seem to get enough attention. Write to him at [email protected].