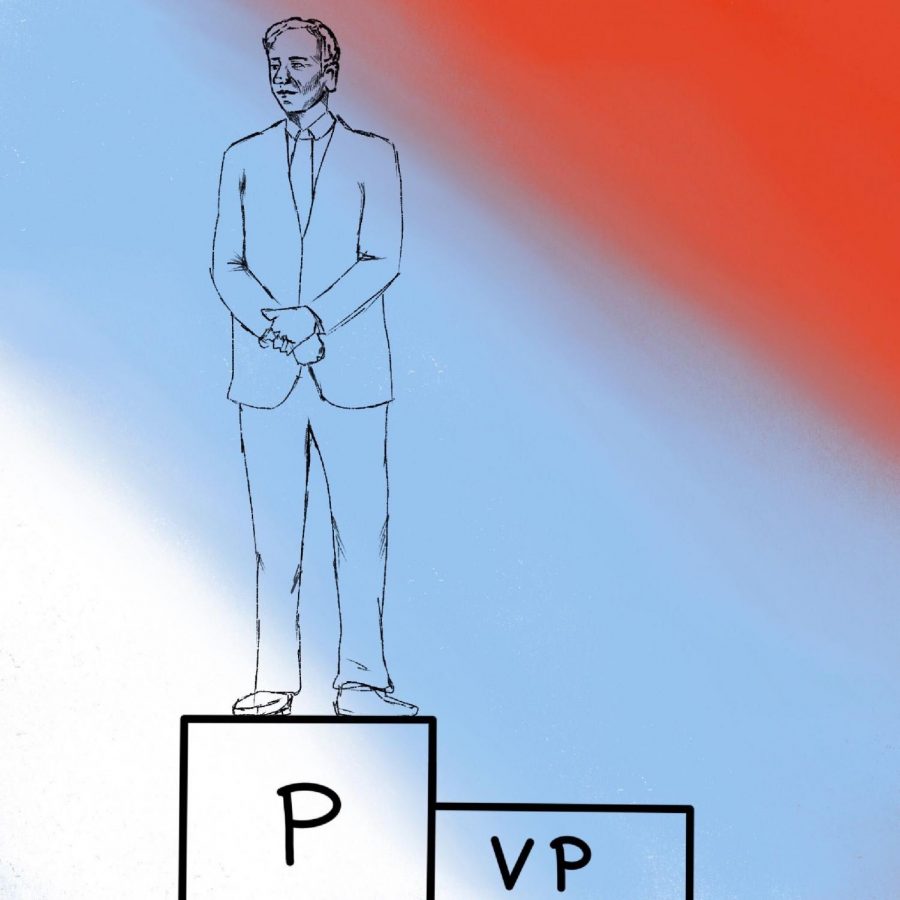 If you had told me five months ago that I would one day be excited about anything to do with a Joe Biden presidency, I would have laughed in your face and then made some sort of insufferable comment about how much better an Elizabeth Warren or Bernie Sanders administration would be. But now that Biden is clearly the Democratic nominee and our alternative is a flaming racist who somehow managed to make a pandemic political — or Kanye West because 2020 really is a dumpster fire — I am obviously ready to vote for Biden and excitedly anticipating the day he beats Trump.

While that excitement is more about removing the bigoted Cheeto rather than a love for Biden, I am anxious to see who Biden picks to serve as his vice president. He seems to be considering some great candidates, and I’m enthusiastic at the prospect of seeing our first female Veep. I wrote two months ago about my thoughts on the potential VP picks who I’d seen mentioned the most. But things have changed since then — other contenders have emerged, and others that were mentioned as top choices have dropped out of consideration. So, I thought I’d give my updated ranking of Biden’s potential Veep picks before he announces his decision next month.

Some have said Val Demings, a Democratic congressperson from Florida, is “perfectly suited for the current moment.” I assume they’ve said so because of the recent protests surrounding police brutality and systemic racism that have started long-overdue conversations about racism in this country. When that is combined with the fact that Demings is a former police chief and a Black woman, I can understand how some may think she’s perfect for the role. Personally, I disagree. In a moment where the country is calling out for our system of policing to be overhauled and restructured, why would we want someone formerly part of that system to hold the second-highest office in the land? Sure, Demings has said she’s for reform, but in the past she’s supported officers who used excessive force. After Demings stopped serving as police chief, the average number of use-of-force incidents dropped. I don’t trust Demings to push for the needed restructuring of these systems — and certainly not to defund the police — and I’d prefer a VP candidate who would do better.

Susan Rice was the national security adviser and the U.S ambassador to the United Nations under former President Barack Obama. I like Rice a lot — she’s taken a lot of heat from the right for being outspoken against Trump, and she’s incredibly intelligent and experienced. She knows foreign policy extraordinarily well, and I think she’d be a great Veep. The only reason why she isn’t ranked higher on this list is that I think she’d be better suited to serve as secretary of state, and I hope Biden picks her for that, instead.

Harris is apparently the “obvious choice” for VP, and I really don’t think she’d be a bad one. She’s an intelligent and experienced politician and a senator from California, so her giving up her seat wouldn’t make it at risk of Republican takeover. She’s more progressive than Biden, and she could help to push him to the left on other issues. Not to mention that as a Black and Indian American woman, she’d make history as VP. But Harris faced a lot of criticism about her record as a prosecutor during the Democratic presidential primary that caused many people to withdraw their support. While the questions about her record were mostly valid, Harris has at least long been adamant about police reform, and I think she’d make a good VP.

Duckworth has less of a national profile than Harris, but the senator would be an incredible choice for vice president. She’s a Thai American Iraq War veteran who’d serve as a great foil for a draft dodger like Trump. She represents the Midwest, and she’s a pretty badass senator who recently wrote a great op-ed demolishing Trump and Tucker Carlson’s “ideas” of patriotism that shows how incredibly capable she is. She’s not as progressive as I’d like, but I do think she’d make a great VP.

Biden’s most important criteria for picking a veep is supposedly their ability to serve as president, if needed. No one is more equipped for this job than Warren. With her slate of plans and years of experience getting things done, no one can deny that Warren would be ready on day one. She’s a progressive, with policies and ideologies that call for big structural change to make government work for all Americans. Look, I know that the optics of an all-white, elderly ticket aren’t great in a time when young activists are taking center stage and our country is having a national reckoning on racism. But polls have shown that young, college-aged voters and Black voters have Warren as their preferred VP choice. Both progressive and moderate voters prefer Warren, which shows that her progressive nature isn’t a turnoff to centrist voters.

I think representation in politics is incredibly important because it shows people that there are no limits to what they can accomplish and who they can be. As a woman of color myself, it was impactful to see Harris serve as a senator, to see her run for president, and it would be historic to see her or Duckworth or Rice serve as Veep. But I still supported Warren throughout the entire Democratic primary because I believe that her policies are more representative of what would bring about the most positive change for people of color, LGBTQ+ individuals, other minorities and Americans generally. I never thought I’d be advocating for an all-white, older ticket, and if there were other progressives in consideration besides Warren, I probably wouldn’t be doing so. But under the current circumstances, and because of Warren’s record and values, I genuinely believe she is our best choice to serve as Veep, and I really hope that Biden picks her.

No matter who Biden picks, I’ll support the ticket to the best of my ability. And I think no matter who you want to serve as Veep, we can all agree that any of these women would demolish Mike Pence on a debate stage — if his mother — wait, sorry, his wife — lets him attend, that is.