‘A pivotal year’: Preparations underway for the Year of Engagement 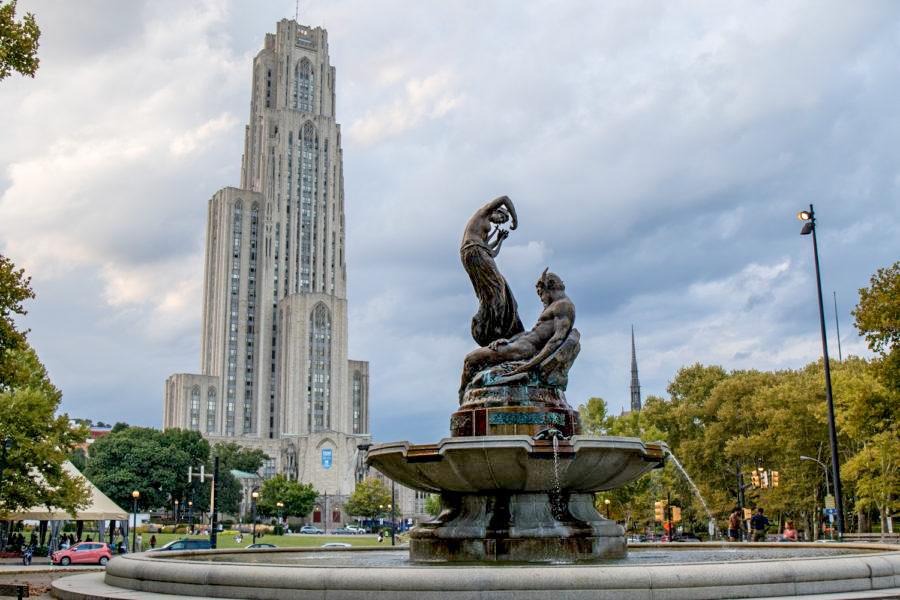 Provost Ann Cudd announced on April 14 that the “Year of” theme for the 2020-21 academic year would be the “Year of Engagement.”

Whether Pitt students choose to learn from home or on campus this fall, Kathy Humphrey said everyone can help the University “engage” with the broader Pittsburgh community.

“The physical barrier is no longer a barrier,” Humphrey, the senior vice chancellor for engagement, said. “We should be able to connect in a far more focused way, and our reach should be much further because of what we’re able to do virtually.”

Humphrey leads the steering committee for the Year of Engagement, the latest edition of the “Year of” series for the 2020-21 academic year. The 27-member committee is made up of Pitt faculty, students, alumni and a representative from Mayor Bill Peduto’s office, Pitt officials said.

Last year’s Year of Creativity focused on supporting dynamic art projects from students and staff, from a flash mob at the Cathedral of Learning to an art installation that tracked the University’s energy use in real time.

More than anything, Humphrey said she wants this year’s programming to have a lasting impact on the Pitt community. To begin the Year of Engagement, the Office of Diversity and Inclusion is hosting the virtual “Advancing Social Justice: a Call to Action” forum. The event will take place on July 27 and 28 and will feature keynote speaker Ibram Kendi, author of “How to be an Antiracist.”

Humphrey said she’s excited to start the year off with the forum because she believes these kinds of conversations create a lasting impact on the community.

Longevity will require effort from the entire University, Humphrey said. One of her major goals as the Year’s chair is making sure all students, faculty and staff are connected under the umbrella of engaging the community.

“The Year of Engagement comes up out of the entire University. We really make it a University year,” Humphrey said. “Because, if not, we really weren’t successful.”

In fact, Humphrey said, if it weren’t for students and faculty coming together, the Year of Engagement would not exist. Students were the “catalyst” for this “Year of,” Humphrey said, with a group of students involved in the Student Government Board submitting the initial proposal for this year’s theme.

Cedric Humphrey, the executive vice president of SGB and a rising senior economics major, was one member of that student group. With important civic landmarks this year, from the national census to the presidential election to the ongoing protests demanding an end to police brutality, Cedric Humphrey, who is not related to Kathy Humphrey, said it is important for Pitt students to take advantage of their potential living in a major city and cultural hub.

“One thing we tend to do here when we’re at Pitt is fall into our little bubble,” Cedric Humphrey said. “But we have to understand that we, as the University, are part of Oakland, a part of Pittsburgh and the greater community. We have to make sure that we’re acknowledging that there is a much broader community out there that we can engage with.”

If students or faculty members have their own ideas for how they want to engage with the community, the Year of Engagement steering committee will begin accepting applications for project grants in July.

Volunteering to register voters or picking up trash in the park are effective forms of community engagement, but Cedric Humphrey said those are far from the only options. Especially in a time when physical distancing promotes safety within the community, education is one of the most effective tools students have to encourage engagement.

“In order to be engaging with the community, we need to be engaging with ourselves, having conversations, turning our eyes toward a broader lens,” Cedric Humphrey said. “Use your knowledge, your skill set, to engage others. Open their eyes to things they can be doing. Civic learning is a really key aspect.”

McCarthy also said a new Civic Life Distinction, an interdisciplinary transcript distinction similar to the Global and Honors distinctions, is also currently in development, with completion slated for “sometime” during the Year of Engagement.

“They represent a credential that is unique to Pitt that embodies a combination of curricular and cocurricular activities that help students learn to translate their academic knowledge into practice,” McCarthy said.

The options for students to make themselves part of the Year of Engagement are unlimited, something Kathryn Fleisher, a Year of Engagement steering committee member and 2020-21 SGB board member, called the “beauty” of this year. She recognizes that concepts like engagement may sound “high-minded,” but said any ideas students have for this year are as tangible as they make them.

“It is as interesting and focused as we make it,” Fleisher, a senior politics and philosophy major, said. “This work has to come from all of us.”

No matter how Pitt students choose to spend their Year of Engagement, Kathy Humphrey said, it is important to understand that the first step to engaging with any community is listening to and caring for its members.

“We do all of this work not just for ourselves. We become educated to be stronger citizens. I hope our students are getting a college degree not to just be successful, but to play a significant role in their communities,” Kathy Humphrey said.