Transport in the time of COVID-19: How to get around the City safely 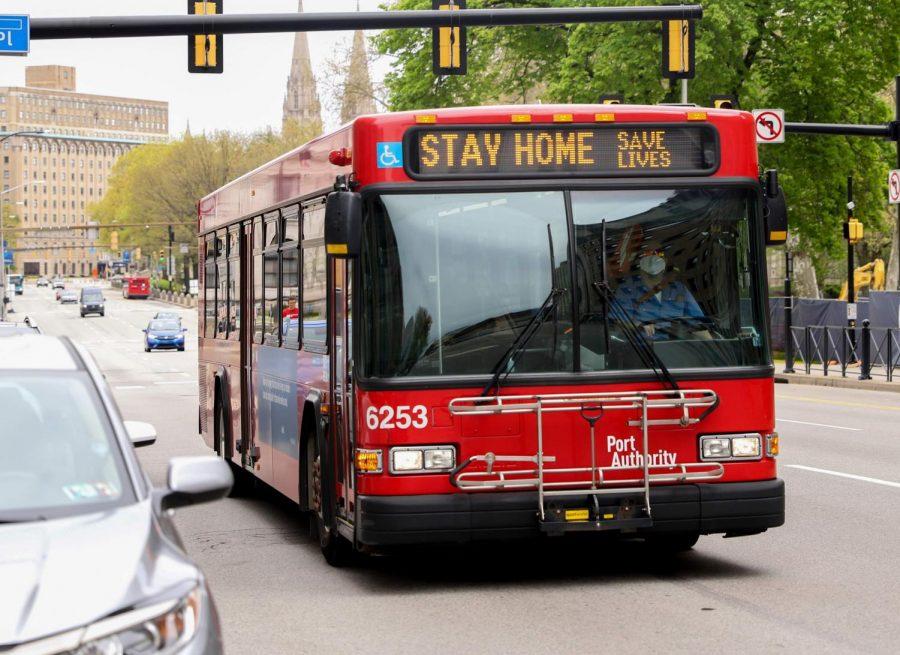 Port Authority spokesperson Adam Brandolph said all bus lines that run through Oakland will return to full service on or before Aug. 23.

Most students utilize public transportation, run by the Port Authority of Allegheny County, to get around Oakland and the City. Pitt students can use their student ID card to get free access to buses, light rails and the inclines that travel up and down the steep hills bordering the South Side neighborhoods.

Though Port Authority restricted its schedules at the beginning of the COVID-19 pandemic, agency spokesperson Adam Brandolph said all bus lines that run through Oakland will return to full service on or before Aug. 23, about the time that students will arrive on campus.

In order to keep passengers safe, Brandolph said, Port Authority disinfects all buses on a daily basis and requires that all passengers wear masks while traveling to their destination. Passengers without a mask will not be removed from the bus, Brandolph said, but if they do not have a valid excuse for not wearing a mask, such as a medical exemption, the bus will not move to its next stop.

Brandolph suggested that students pack an extra mask in their bags so they can always have access to Port Authority services when traveling.

Each branch of the 61 and 71 routes provide service between Craft Avenue and Craig Street, the western and easternmost points of Oakland, respectively. The 58 and 93 provide service along the Boulevard of the Allies for trips into South and Central Oakland.

But Port Authority buses aren’t the only options for Pitt students getting around within Oakland — Pitt itself offers many shuttles that provide convenient transportation to oft-visited locations around campus.

The most popular routes, the 10A and 10B, stop outside of Hillman Library on Forbes Avenue in the heart of campus and provide connections to upper campus residence halls, such as Sutherland Hall, as well as the recreation facilities at Trees Hall. The 20A and 20B offer service to nearby Shadyside, while the 30A, 30B and 30C shuttles provide easy access to South Oakland. The 40A moves STEM-oriented students to the Biotech Center, located along the banks of the Monongahela River.

Getting to the East End

Oakland is one neighborhood in Pittsburgh’s East End, a collection of neighborhoods that surround the City on its eastern side. All other East End neighborhoods can be accessed via bus.

To the north of Squirrel Hill is Shadyside, which can be reached by any of the 71 buses. The Ellsworth Avenue and Walnut Street commercial districts are often popular with students.

To get to East Liberty, home to many shops as well as Target and Trader Joe’s, you can take the 71C or 75.

Whether you’re trying to reach Market Square, Point State Park or the PPG Paints Arena, any 61 or 71 bus will take you from the Fifth and Thackeray avenues stop outside Towers to all of Downtown Pittsburgh’s attractions. From there, destinations on the North Side such as Heinz Field and the Andy Warhol Museum are just a short walk away.

Students on upper campus can catch an 83 bus near the Fitzgerald Field House, which connects to Downtown through the Hill District.

Getting to South Side

You can catch the 75 and 54, heading inbound on Fifth Avenue, to go across the Birmingham Bridge to South Side’s East Carson Street. This route is popular with Pitt’s upperclassmen for the array of bars and restaurants available in Pittsburgh’s South Side, from Hofbrauhaus to the Carson City Saloon. SouthSide Works Cinema, which can be accessed on the same bus lines, offers special $5 movie tickets on Mondays.

Getting to Pittsburgh International Airport

The 28X is the only bus route that provides a direct connection from Oakland and Downtown to Pittsburgh International Airport, located in Moon Township. It runs every 30 minutes and can pick students up at the intersection of Fifth and Thackeray avenues, across the street from Litchfield Towers.