First-year Panthers to get to know 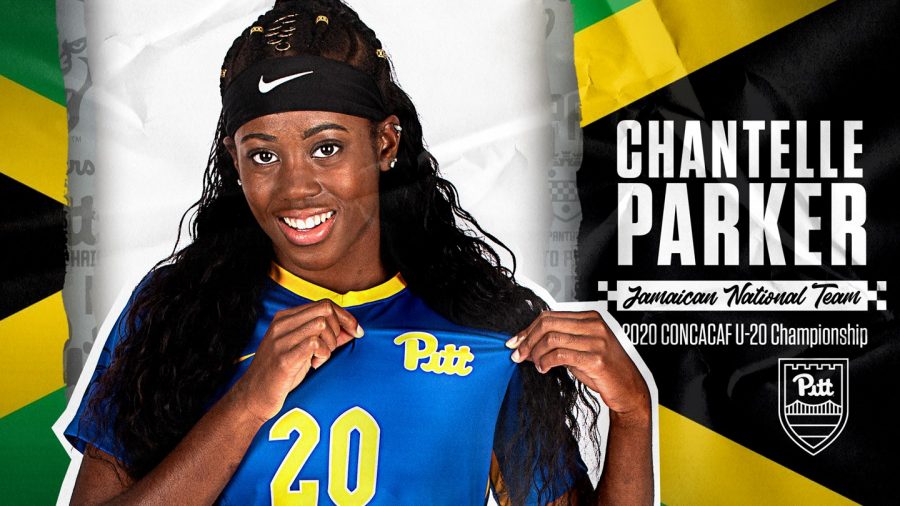 Upon arriving at a school at which you plan to spend four years or longer, you begin to develop a special bond with the athletes who are members of your class as well. You will watch them grow, develop and eventually become faces of the teams you watch and root for.

But don’t wait until you step into Heinz Field, the Pete or Fitzgerald Field House to start learning about your classmates. Get to know some of the stars of the class in 2020 before you join them in Pittsburgh.

Head coach Lance White is leading a women’s basketball renaissance in Oakland. The on-court results have lagged, but his recruiting is a welcome sign of optimism for a program with one NCAA Tournament appearance in the last decade.

Lance welcomes his strongest Pitt class to date, headlined by four-star forward Tracey Hueston. She is a 6-foot-2 post player from Roanoke, Virginia. Speed and athleticism make her an attractive prospect when she takes the floor, but trust in the future is what White needed the most, especially from such a talented player. Hueston said in late May that the faith White demonstrated in her was evident early on.

“From day one, I could tell that they were all about supporting me,” Hueston said. “The biggest thing was feeling that I was a part of the family from the jump.”

Hueston and fellow Panther signee Liatu King were invited to the McDonald’s All-American game in Houston pre-pandemic. The game has since been cancelled, but the distinction as one of America’s top high school basketball players still stands.

Even without the All-American honor, ESPN ranks Hueston as the No. 73 player in her class and No. 17 forward in the country. She averaged 20.4 points per game in her junior year at Northside High School before missing her senior season with a knee injury.

There was a robust international contingent of Pitt athletes from last year’s first-year class. From Malian men’s basketball forward Abdoul Karim Coulibaly to Australian women’s soccer striker Amanda West, there is representation from around the globe in Oakland. Now, add a Canadian left-hander to the mix.

First-year left-handed pitcher Chris Pouliot hails from Boischatel, Quebec, a 12-hour drive from Pittsburgh, and his new head coach, Mike Bell, comes from 15 hours in the opposite direction. He used to coach pitching at national powerhouse Florida State and is now attracting top pitching talent to his program.

Pouliot earned that grade with an ever-developing frame and fastball. Pouliot has grown two inches and added 33 pounds since his second year of high school. His physical development has contributed to a more dominant fastball as well. After sitting between 79 and 83 mph in his sophomore year, it blossomed to a top velocity of 87 in his senior year. Add in a wipeout slider and the tutelage of Bell, and Pouliot is set to be another star Panther pitcher.

Pitt women’s soccer and head coach Randy Waldrum already has an Icelandic pipeline that is yielding results. But in his latest recruiting class, Waldrum is expanding Pitt’s reach elsewhere with the addition of Canadian striker Chantelle Parker.

Parker competed in this past February’s CONCACAF U20 tournament for Jamaica. Her squad turned in a strong performance in the Dominican Republic, winning three of four matches before a quarterfinal loss to the home nation. Parker was the leading assister on her team and tallied the third most assists in the entire tournament.

Waldrum said he already has great confidence in Parker, who has yet to play a minute in Panther blue and gold.

“On my first trip to Canada, she caught my eye and I knew we needed this player in our program,” Waldrum said. “She’s talented, passionate about her football and highly competitive. She’ll be a great addition alongside Amanda West up front, as they both offer some different qualities that will make it difficult for defenses.”

Parker joins a Panther team that has incrementally improved its win total in each of the past three seasons, and despite no college experience, Waldrum has Parker pegged as a key complement to his star forward West, who led the Panthers in both goals scored and assisted.

If women’s soccer at Pitt is to take the next step forward, Parker will be an essential part.