Capel’s best newcomers are ready for the spotlight 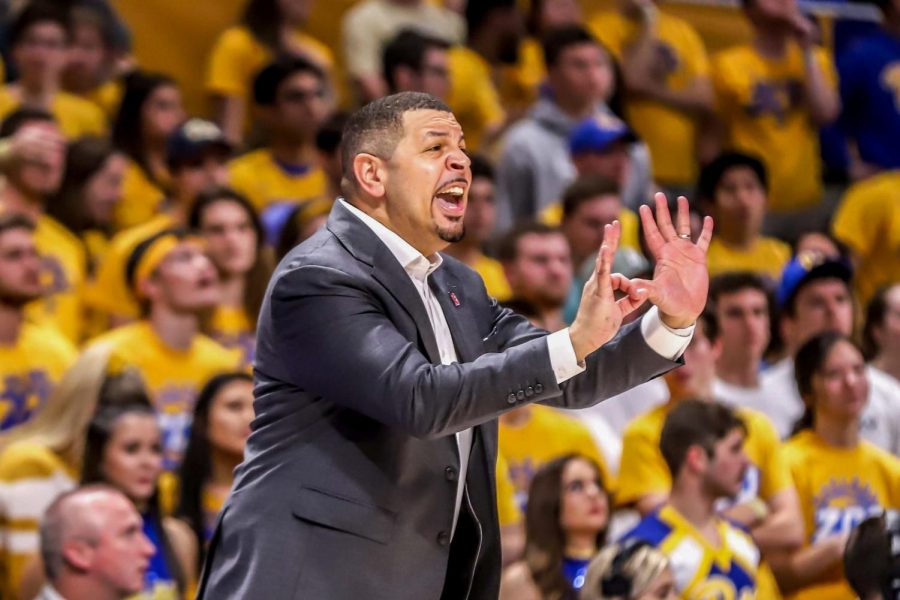 The 2020 Pitt men’s basketball recruiting class enters Oakland ahead of one of the most highly anticipated seasons in recent memory. From sharpshooters to high flyers, this season welcomes a plethora of must-watch talent. To put it in perspective, the Panthers jumped from 49th to 26th in 247Sports’ national recruiting rankings.

These newcomers — combined with veteran talent — give the Panthers their best chances to reach the NCAA tournament since the Jamie Dixon era.

One essential newcomer — sophomore guard Ithiel Horton — is not listed among Pitt’s 2020 signings, but still counts as fresh talent. Horton is not a recruit, but a highly sought-after transfer from the University of Delaware, landed during the 2019 cycle.

The 6-foot-3 200 pound combo guard averaged 13.2 points per game in one season with the Blue Hens. Horton, a product of Roselle Catholic High School in New Jersey, earned a CAA All-Rookie team selection. He made 23 starts at Delaware and led the team with a 40.9% rate shooting 3-pointers.

Horton’s playing style closely resembles that of his sports idols.

“LeBron James,” Horton said. “Paul George as a second [favorite] because I revere him so much as a player, but LeBron was my first and he has impacts in all works of life, not just basketball.”

Although Horton plays a different position from the two NBA stars, similarity between their games is apparent on tape. All three players are good shooters from every inch of the court, allowing them to use the pump fake most effectively for a drive or mid-range shot. Opposing teams know they can’t let any of these three players shoot, drawing attention from help side defenders resulting in open shots for their teammates.

Even though he emulates the styles of professional superstars, he tries to add a personal flare to his equipment. The jersey number chosen by players is often more than just an icon to be identified by scorekeepers and referees, but also a meaningful representation of the player as a person. And that holds true for Horton and his number 0 jersey.

“I changed my number to 0, first for a new start.” Horton said, “to show that I have not won anything on this level and that I’m a part of something bigger. I’m just a small piece and it isn’t about me.”

Horton’s transition to ACC basketball will not be easy. Adding more intense competition to a new city and team made Horton feel that he needed a coach who would look out for his well-being on and off the court, which he said Capel does.

“I love that coach Capel sees us as human beings and we can confide in him no matter what is going on in our life,” Horton said. “He gives us genuine advice and that he and the staff relate to us.”

“The best thing about coach Capel is his energy and passion he brings every day and the love he shows to his players,” Amadasun said. “He really bonds with them in a whole other way other than basketball.”

On the court, Amadasun is already a defensive force, and is currently more focused on his offensive game.

“I’ve been working on my ball handling and perimeter game the most,” Amadasun said. “Being as versatile as I can is very important to me.”

Those bonds transcend teams — the personal relationships that attracted Amadasun to Pitt also made the ACC a more attractive conference in which to play. Amongst the stiff competition in one of America’s strongest leagues will be Louisville’s sophomore forward Aidan Igiehon, one of Amadasun’s close friends.

“The team I’m most excited to play against this year is Louisville,” Amadasun said. “I can’t wait for the matchup against Aidan, who’s a good friend of mine.”

There will be plenty of opportunities for Amadasun — a model of versatility — to find the floor versus the Cardinals. As Pitt forward Eric Hamilton is lost to graduation, the only significant front court experience lies with senior forward Terrell Brown, and there will be an open competition for playing time at the big-man spots.

But Amadasun will have competition from his own class. 6-foot-9 four star prospect, first-year center John Hugley is the 15th-best rated recruit to commit to the Panthers, based on 247Sports all-time commits. Hugley is an offensive force in the paint, who garnered interest from 31 different college teams including West Virginia, Ohio State, Michigan State, Xavier, Miami, Florida, Florida State and Cincinnati among others.

Even with his imposing physical frame, the Ohio native brings skill and floor spacing at the center position, a sorely needed aspect of last year’s Panthers. Having a big like Hugley that shoots like a guard from the perimeter can dramatically help Pitt’s offense. Hugley will force opposing centers to abandon the paint, opening the lane for attacking wings and guards, making Hugley’s impact impossible to underrate.

Pitt also added first-year forward William Jeffress II, who comes from nearby Erie, as the No. 1 ranked recruit in the state. The 6-foot-7, athletic, primarily wingman can play both small forward and power forward.

Jeffress’ game mimics that of sophomore forward Justin Champagnie, who was the Panthers’ most consistent offensive threat last season. Both wingmen hold instinctive scoring ability and are knockdown shooters. Imagine a Champagnie mold with greater length and defensive potential.

The only guard in Pitt’s 2020 recruiting class — incoming first-year guard Femi Odukale — stands at 6-foot-3 and is a pure scorer. Odukale is a three-star recruit that had interest from both Massachusetts and Seton Hall, but chose Pitt. The Brooklyn native joins a loaded backcourt, and most likely will sit behind both Johnson and Horton before assuming a larger role as an upperclassman. Odukale brings a smooth handle with a good-looking jump shot, his step back jumper being a signature move.

And rounding out Capel’s third Pitt class is arguably his most overlooked 2020 player — first-year forward Noah Collier. At 6-foot-7 with great leaping ability, Collier will be an impactful defensive player the minute he steps on campus. Collier looks to fit the mold of Jeffress and Odukale — role players in the upcoming year and much larger pieces of the future.

Pitt’s highest rated recruiting class since 2012 is ready to produce. They have the balance of ready-for-play talent that will see significant minutes this coming season as well as enticing athletes who will sustain experience beyond a pivotal 2020-21 season.