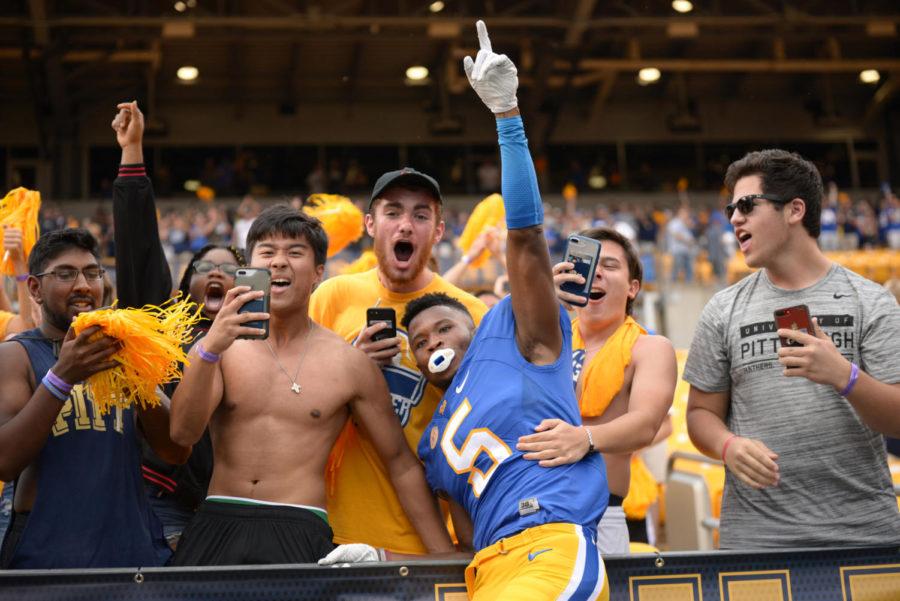 Even if a college football season survives until its scheduled start, it seems unlikely that fans will be welcome, especially in Pennsylvania.

The COVID-19 pandemic in America hit its first serious flashpoint at a March 11 basketball game between the NBA’s Utah Jazz and Oklahoma City Thunder. Moments before the game was scheduled to begin, it was postponed. Players, coaches and fans were all sent home and the entire season was suspended the following day.

The NBA’s decision set off a chain reaction of closures, from business to schools to college sports, too. Conference tournaments in college basketball had just gotten underway but were quickly shuttered. What many expected to be only a temporary setback has snowballed into months of quarantine and shutdowns.

Now — even as cases and deaths continue up a steady incline — sports leagues are beginning to plan their comebacks. But in college athletics, return to play procedures have led to more questions than answers.

Professional basketball and soccer have created bubbles for players, coaches and staff to isolate and play games in, with strict return protocol for those who need to leave. But college athletics offer a vastly different set of challenges from the pros. The integration of athletes into the general student population and cross-country travel, even within conferences, create enough moving parts to seriously concern those involved.

And the procedures of mid-pandemic returns are being governed largely by individual schools and conferences.

A lack of leadership from the NCAA — college athletics’ highest authority, which has offered only the announcement that they will delay a decision on fall sports championships — has left a patchwork of guidelines that makes the quagmire of mid-pandemic play even less safe. There is a mismatch of halfway measures already in place that are inconsistent with one another.

Administrators continue to delay the beginning of fall sports seasons and even make the decision to limit play to intra-conference contests only, with the goal being limited travel and the creation of more exclusive “pods” for teams and schools.

The Pac 12, Big Ten and Southeastern Conference have already committed to this model, with the Atlantic Coast Conference following suit with a slightly different model that includes one nonconference game as well. But besides pushing the start of the season back a few weeks, it is unclear how a conference-only schedule would make play safer.

Modern athletic conferences, while loosely based on some geographic proximity, have grown to span thousands of miles, defeating the purpose of a closely knit pod.

For example, Pitt football’s nonconference schedule had included games at home against Miami (OH) and Notre Dame, as well as a trip to Marshall. Oxford, Ohio; Huntington, West Virginia, and South Bend, Indiana, are all closer trips — anywhere from four to six hour drives between Pittsburgh and those towns — than the four the Panthers are now scheduled to take to Florida, South Carolina and Georgia for ACC games this year.

No other Panther teams have released their 2020 schedules yet, but the ACC has ruled that no fall sports will begin before Sept. 5.

And after these athletes travel and compete, they will be expected to return and reintegrate with their respective school’s general student populations in class, residences and social life.

But at Pitt, administrators are willing to accept these risks. Athletic Director Heather Lyke said in late July that spikes in cases are inevitable when students return to campus, but she hopes they are not “exorbitant.” And given that Pitt is welcoming students back to campus while keeping classes online for the foreseeable future, the University is offering a cloudy impression of what exactly campus will look like.

Pitt Athletics spokesperson E.J. Borghetti did not directly respond to questions about whether there is a contingency plan for the continuation or cancelation of athletic competition should classes be moved entirely online. He said Pitt Athletics would “take guidance and direction” from University leadership, as well as City, state and national health officials in determining a course of action.

But for now, fall sports are still on — travel and all — and operating procedures continue to march toward an uneasy sense of normalcy.

Pitt athletes have been back in Pittsburgh for almost two months and are ramping up the intensity and size of their workouts. Since returning for workouts in June, football has moved to group walk-throughs with 25 players ahead of the scheduled start of official training camp on Aug. 8.

Even if a college football season survives until its scheduled start, it seems unlikely that fans will be welcome, especially in Pennsylvania.

Lyke said in late July that the Panthers and their roommates at Heinz Field, the Pittsburgh Steelers, are trying to work with Gov. Tom Wolf on a plan to allow 15,000 to 20,000 fans — socially distanced and wearing masks — inside the roughly 70,000-seat North Shore stadium.

But even Lyke believes that plan might be wishful thinking. Few, if any, around college sports are confident in the possibilities of fall sports being played, especially with fans in the stands.

Lyke told local media in late July that national trends don’t give her any certainty that college sports in general are possible in 2020.

“I am an optimistic person at heart, but I wouldn’t say I’m overly confident,” Lyke said.