ACC announces fall sports plans: what are they and what do they mean for Pitt? 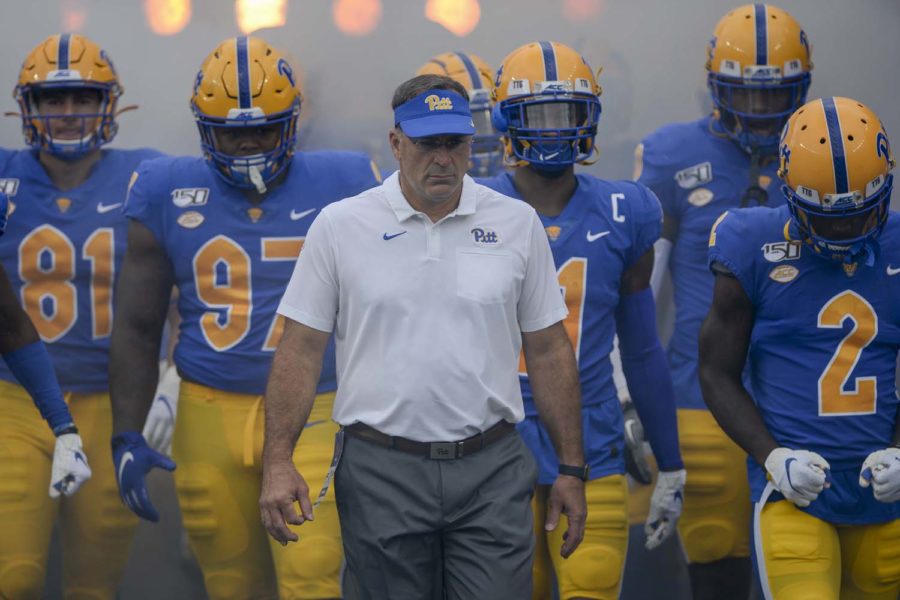 Temporarily scrapping the traditional Atlantic and Coastal divisions, the ACC football teams will act as a singular division, with each school assigned five home games and five away games.

College sports are back. Well, sort of. Maybe.

After a summer of ambiguity, the Atlantic Coast Conference released an updated schedule in late July for ensuing fall sports seasons, creating a separate plan for football and the rest of the fall sports.

Three weeks after the Big Ten announced it would move to a conference-only season, the ACC made similar changes. Each ACC team will play 10 conference opponents and one non-conference team, with each non-conference game taking place in the ACC team’s home state.

Temporarily scrapping the traditional Atlantic and Coastal divisions, the ACC has completely upended the previous conference football schedule. The teams will act as a singular division, with each school assigned five home games and five away games.

For the first time in 132 years, Notre Dame has agreed to join a conference football slate. The notoriously independent program will join the ACC for the 2020 season, and become eligible to earn a spot in the ACC Championship game. The school already competes in the ACC in every sport except football and hockey, the latter of which participates in the Big 10.

In accordance with the new plan, every team would play its first game the week of Sept. 7. The two teams with the highest conference winning percentage will play in the ACC Championship on either Dec. 12 or Dec. 19 in Charlotte, North Carolina.

Pitt will still play the Fighting Irish, but in the new format it will count towards their ACC record. Pitt had salvaged a non-conference game from their original schedule, opening the season with Miami (OH) at home, but the MAC’s sudden decision to postpone all fall sports seasons has left Pitt’s schedule temporarily incomplete while they search for a replacement.

These announcements have made Pitt’s road to a potential ACC championship in a promising year more difficult. Not only will they face a tougher schedule, but they will have to compete with teams like Clemson and Notre Dame for a top-two finish. In previous years, the weak Coastal Division gave struggling teams like Pitt a chance in the fight, while the conference’s best teams faced each other in the Atlantic.

As part of the ACC’s plan, fall olympic sports will begin play on Sept. 10.

Each team would play within the conference the minimum number of games required by the NCAA for their sport. Schools could then schedule more games with conference or non-conference opponents, but any conference opponents played out of the mandated schedule would not count toward the ACC standings. The additional games are at the school’s discretion and must meet ACC medical standards.

Winter and spring olympics sports that participate in fall competition, such as softball and baseball, will not be able to play in the fall this year.

It remains to be seen exactly how the new schedule plan affects Pitt’s olympic sports teams, in particular volleyball.

Despite going 29-1 in the regular season, Pitt volleyball did not receive a top-five seed going into the NCAA tournament last year, due to the lack of quality ACC competition. If Pitt plays the required amount of matches within the ACC (10), but cannot schedule many out-of-conference teams, it could once again hurt Pitt’s chances in the postseason.

The team is still poised to win their fourth straight conference championship in the fall, but coasting through a conference-only season wouldn’t prepare them for the elite opponents they’d have to face in the NCAA tournament.

We still don’t know the true fate of fall sports. These updates are only a preferred schedule, operating under the hope that college sports will resume in the fall. It clarifies nothing about how games will be conducted safely, nor if there will be fans in stadiums.

But it does mean that the ACC is taking a step forward in acknowledging some of the many changes that will have to occur for college sports to exist in the coming months.