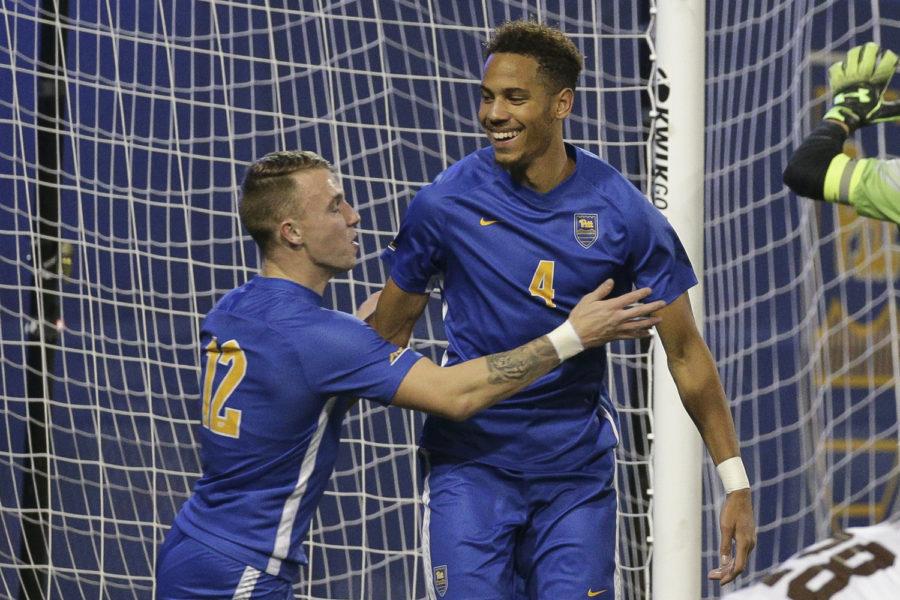 Coming off of its first NCAA Tournament appearance in 54 years, Pitt men’s soccer is flying high and eager to build off of its breakthrough 2020 season.

Senior forward Alexander Dexter has been around the team for much of the rebuild. The Panthers went 2-13-3 in 2016, as Dexter was getting recruited, a far cry from last season’s 10-8-2 campaign.

“The team is [harder] to play and more confident than my freshman year. We have gotten a lot of new additions over the years and [they’re] pushing this program forward,” Dexter said.

Some of those additions have been around longer than others. Senior forward Edward Kizza, part of the same recruiting class as Dexter, has long been a standout for the Panthers. The speedy striker led Pitt in goals each of the past two years — good for consecutive first team All-ACC honors — and scored the winning goal in Pitt’s 2-0 win over Lehigh in the first round of the NCAA Tournament.

The Panthers didn’t have a single senior on the team last season, so it was on underclassmen to hold each other accountable, keep the team together and remain focused as they worked to achieve their goals. Sophomore midfielder Veljko Petkovic thinks that’s one of the team’s best attributes.

“One of the biggest traits we have as a team and that the coach always enforces on is leadership … the goal is for everyone in our group to be a leader,” Petkovic said.

Petkovic was an impressive part of the youth movement last season, tallying six goals in 19 games and making the All-ACC freshman team. One of his biggest goals came in the second half of the alumni game — the team’s equivalent to homecoming — against Duke on Oct. 25, where the Panthers trailed by two goals at the half.

“The best moment of last season for sure is the halftime locker room meeting we had without the coaches when we were down 3-1, to see some great characters rise up and become leaders,” Petkovic said.

Following the players-only meeting, Pitt scored three unanswered goals to win 4-3, the game-winner coming off the foot of Dexter during the 85th minute.

“It was the most exciting match most of us have ever been a part of,” Dexter said.

Vidovich was a big part of Petkovic’s success last year, helping him get accustomed to the rigors of college soccer. Even after winning two national championships at the New York City Football Club Academy, he said the ACC was still a big challenge for him.

“I had to adjust my game with the help of Coach Jay in order to be a more effective player. I had to start analyzing the game footage at a more advanced level, finding ways I am able to deal damage,” Petkovic said.

Under Vidovich’s leadership, the Panthers are trying to build on the back of last season’s success, and with Kizza and Dexter entering their final campaign, it’s as good a time as any to make a deep postseason run. After shutting out No. 1 Virginia on the road, Pitt proved they are ready to hang with the best of the ACC.

“We really just focus a lot on our ACC opponents. We know that people look down on us in the ACC, but last season we finished top four, so we want to prove that it wasn’t a fluke being in the hardest conference in college soccer,” Dexter said.

Summer training was conducted differently than previous seasons, with players unable to meet in big groups because of the ongoing coronavirus pandemic. But the ACC delayed the start of the regular season until Sept. 1, buying the team a little time to get back to game speed. In-person practices have commenced and the Panthers are preparing for the season.

“Now the team is together and we can finally get on the same page and really push these training sessions,” Dexter said.

Training isn’t the only thing that has been impacted by COVID-19 — scheduling has, as well. As the different leagues cancel out-of-conference play to limit travel, or axe their seasons altogether, Pitt has had to adjust plans for the season. This was disappointing for Petkovic, who had one particular matchup circled.

“I was a little excited to play my brother [Bratislav Petkovic] because he is a very good player and the matchup would be interesting. However, the Patriot League has cancelled their [season]. This season I am just excited to play every game there is,” Petkovic said.

The rebuild may not yet be complete, but the Panthers are still on the upswing, and they are confident, especially after last season’s tournament appearance.

“[The tournament win] wasn’t such a surprise. It was more just gratifying our hard work [that had paid] off over the last few months,” Dexter said. It remains to be seen if that trend will continue in 2020.