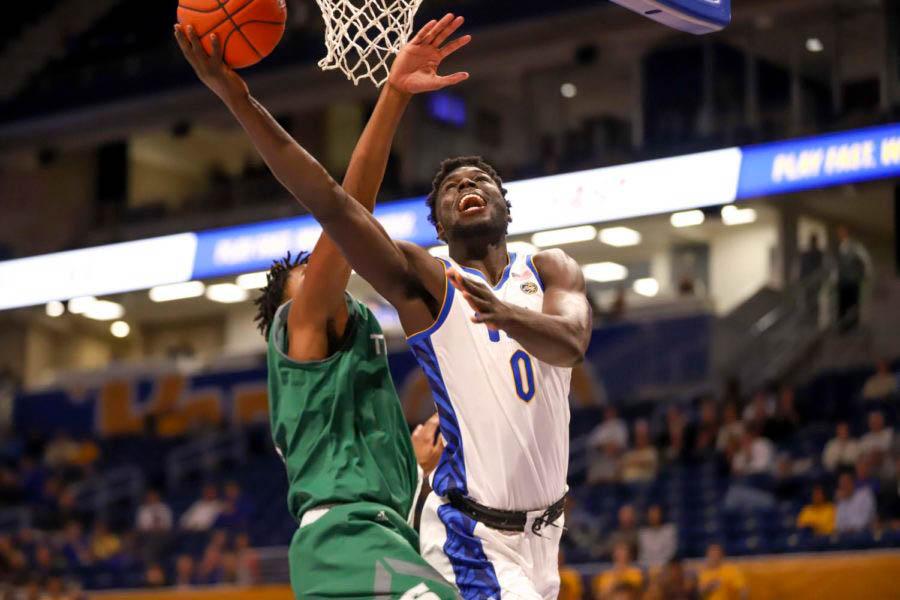 “I chose to sign with Cheshire simply because of the conversations I had with coach Ben [Thomas],” Hamilton said. “I’ve heard nothing but good things.”

Hamilton, who came to Pitt as a graduate transfer last year, bounced around to multiple schools throughout his college career. The 6-foot-9 forward started out at Wichita State, only playing 5.5 minutes per game. He upped his production when he transferred to UNC-Greensboro, averaging 6.1 points and 4.4 rebounds per game, before landing at Pitt for his final season of eligibility.

Although the Atlanta native didn’t light up the stat sheet at Pitt, averaging 5.5 points and 4.4 rebounds per game, he emerged as a dependable big man at the offensive end of a Pitt squad significantly lacking height. He quietly produced a 110.3 offensive rating, the best on the team, thanks to rigid screens and efficient field goal percentage.

Cheshire Phoenix plays in the British Basketball League, which features 11 teams from Great Britain or Scotland. It is the only fully professional basketball league in the United Kingdom. A former Phoenix player, Parker Jackson-Cartwright, contributed to Hamilton’s recruitment. Jackson-Cartwright, who befriended Hamilton when the two played in a Top 100 camp together before their college days, played for the Phoenix last year, before signing with Saint Quentin this summer.

“He had nothing but positive things to say about Cheshire, the community and the basketball team,” Hamilton said. “I’m looking to build on some of the things [Cheshire] accomplished last year, hopefully, take it one or two steps further.”

Cheshire head coach Ben Thomas praised Hamilton’s size, athleticism, skillset and work ethic. He aims to thrust Hamilton into a larger role than he received at the collegiate level.

“I’m really pleased we have been able to secure Eric for next season,” Thomas said. “After a limited role in college, we are looking forward to seeing what he can do with more time here. He has great experience playing in one of the best conferences in the NCAA.”