What will it take to grow Pittsburgh’s film industry? 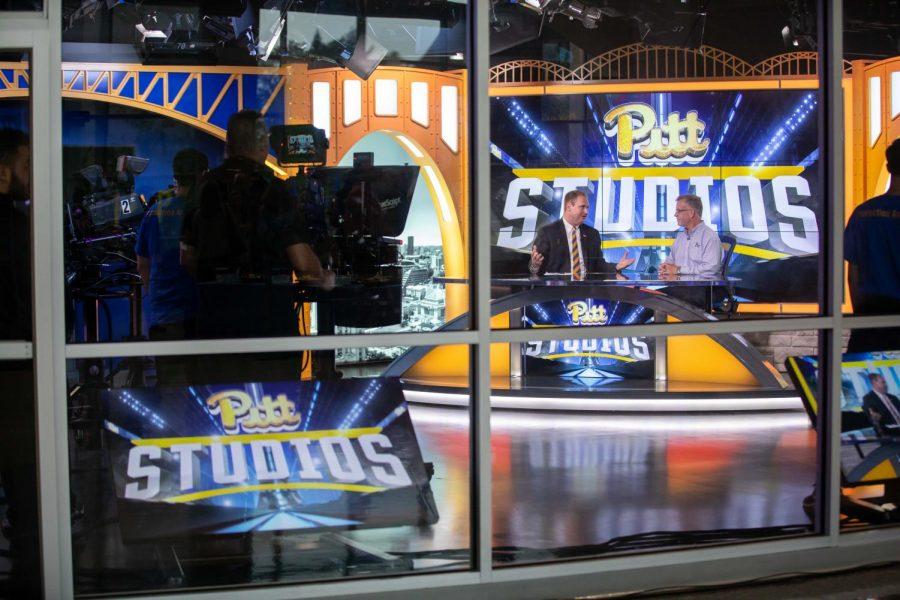 Kevin Smith teaches a class on broadcasting through Pitt Studios, where he said students interested in production can apply their skills to filming live sporting events and news stories.

As a senior lecturer of film and media studies, Carl Kurlander said he has seen the worlds of education and filmmaking drifting closer together — a phenomenon he claimed started with Pittsburgh native Fred Rogers.

“Entertainment and education have been colliding for years, and it started on the Pitt campus when Fred Rogers left NBC and came back to try to start public television,” Kurlander said.

Since the start in the 1960s of “Mr. Rogers’ Neighborhood” and “Night of the Living Dead” — another production made in Pittsburgh — the City has been the backdrop for a myriad of film projects. But some industry professionals, including Kurlander, think Pennsylvania’s tax policy is holding Pittsburgh back from becoming a bigger name in entertainment.

Kurlander moved back home to Pittsburgh from Hollywood when he was offered his position at Pitt in 2001. Here, he has continued to make movies while “trying to make these two worlds [of education and entertainment] collide.”

Kurlander does so by teaching the Pitt in LA study away program, where students meet industry professionals and make a documentary about their experiences. But despite introducing students to Hollywood, Kurlander said he wishes fewer graduates moved away to New York, LA and Atlanta, which currently has a booming film industry.

“A lot of my students leave here and go down to Atlanta,” Kurlander said. “I want them to stay here in Pittsburgh.”

He said production companies like Lionsgate want to film in Pittsburgh, but the state doesn’t offer enough incentives to attract the same number of projects as other cities.

Currently, the state’s Film Tax Credit Program gives production companies tax credits on 25% of expenses for a given film. These films include feature movies, commercials, full-length TV series and individual TV episodes shot in the state.

Projects are only eligible if 60% or more of their total production expenses occur while filming in the state. The tax credit is also capped at $70 million — a number that increased from $65 million between 2018 and 2019.

Dawn Keezer — the director of the Pittsburgh Film Office, a nonprofit that aims to bring film projects to southwestern Pennsylvania — said the new $70 million cap still isn’t high enough. She claimed that the program is “oversubscribed and underfunded.”

“The program should be funded at a minimum of $150 million to really grow the entertainment sector in our region,” Keezer said.

But the program has garnered controversy in recent years. Some have questioned the effectiveness of the program, arguing the credit went to too many unlucrative, in-state productions.

State Sen. Wayne Fontana, D-42, tried to address the problem of credits going to what he viewed as the wrong sources when he sponsored a 2015 bill that would bar QVC, a television shopping network, from receiving the credit. Fontana said he was concerned that funding QVC prevented the state from supporting larger projects.

“We drafted the bill specifically to the seller of ‘commercial goods’ to address QVC having an advantage of getting funds that should have been used toward actual movie and television productions,” Fontana said.

But Fontana said the situation in 2015 had more to do with politics than an inherent flaw in the program, since the Senate majority leader at the time was Dominic Pileggi, R-Delaware, whose district housed QVC headquarters. Fontana added that he supports the tax credit policy overall, as well as increasing the cap.

“It was an entirely political process, which is not so much the case any longer,” Fontana said. “I have introduced legislation several times that would increase the cap on the program.”

But even though some professionals and lawmakers think the state doesn’t provide enough incentives to the entertainment industry, Pitt students interested in a film career can still find ample opportunity in Pittsburgh.

Keezer disagreed with Kurlander’s claim that too many film studies graduates move away, and said she’s seen students from all of Pittsburgh’s colleges stay in the City to pursue their production careers.

“Most of these students are hoping to stay here and work, and given the amount of film work we were seeing and should see again, there will be jobs and opportunities available here,” Keezer said.

According to Kevin Smith, a senior lecturer in film and media studies and the director of undergraduate studies in broadcast, students can find broadcast jobs in the City whether or not they focus their education on live video production.

Smith teaches a class on broadcast through Pitt Studios, where he said students interested in production can apply their skills to filming live sporting events and news stories. He added that all forms of filmmaking require the same core abilities.

“There’s an overlap because everything is done in digital,” Smith said. “How Pitt Studios approaches doing a game is that we’re in sync simply because it’s about storytelling. Film is all about storytelling. So is news, so is a live sporting event.”

Moving forward, Keezer said the Pittsburgh Film Office is working on plans to reopen the City to movie production in the wake of the COVID-19 pandemic. Kurlander said he saw reopening as an opportunity for Pittsburgh to get ahead of other film cities and continue the legacy of Fred Rogers.

“I am once again hopeful that Pittsburgh, which started public television,” Kurlander said, “[will] have one more chance of reinventing the entertainment industry.”