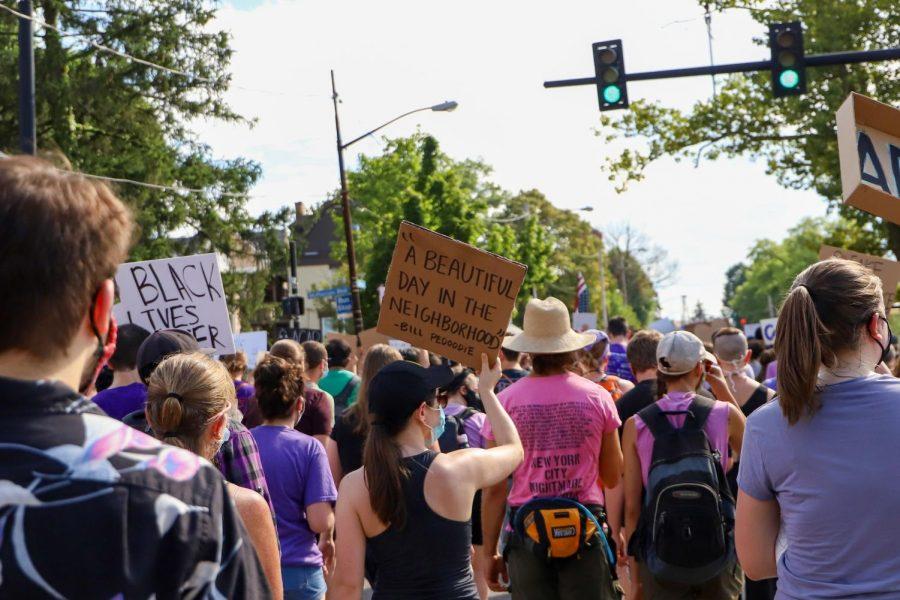 A protester holds a sign during a Civil Saturdays demonstration in response to Mayor Bill Peduto speaking with protesters outside his house.

In response to the suspicious arrest of a protester in Oakland by plainclothes officers in an unmarked van, protesters gathered last week outside of Mayor Bill Peduto’s Point Breeze home.

In an attempt at solidarity, Peduto sat on his front porch to listen to the protesters and allow them to air their grievances. But this gesture comes across as performative, especially considering how things devolved after police redirected the protesters to Mellon Park — where officers proceeded to use pepper spray on the crowd.

It’s time for Mayor Peduto to rise above performative activism and definitively demonstrate that he stands in solidarity with Black Lives Matter. It’s time for him to support the radical change our City — and our country — needs.

It seems like much of Peduto’s recent social and political efforts have been attempts to maintain the favor of his constituents, rather than to actually strive for meaningful change. For example, he retweeted a Fred Rogers quote — “Anger makes us feel so isolated.” — on Friday, probably under the assumption it wouldn’t cause an upset among Pittsburgh citizens.

Rogers is an easily recognizable figure, and was well known for his messages of kindness and tolerance. It’s not a controversial message, and it’s not radical. Like many of Peduto’s recent actions, it is comfortable and familiar to his constituents.

We are not, however, in a moment where familiarity and comfort are qualities that matter. Now is the time for radical reform of society and its inherent and systemic racism — these reforms are not possible without drastic and aggressive restructuring of our society and the establishments within it — police departments, for example.

Peduto has thus far verbally taken a stand against the actions of the plainclothes police officers who arrested a protester and drove him away in an unmarked van. In a Friday statement, Peduto said he was making changes to the way the police department operates so that they can no longer make arrests in plainclothes and unmarked vehicles.

While this is a step in the right direction, he should take more aggressive action to create change in the operations of the City police.

Peduto has done just enough to escape criticism of not supporting the current movement. His Friday statement is meant to show solidarity with the Black Lives Matter movement, though it still shies away from the radical action he should be taking.

“I strongly believe that Black Lives Matter, that we are in a historic fight for civil rights in this country, and that it is right for people to take to the streets to demand much-needed reforms to policing in our cities,” Peduto wrote.

While he at least recognizes that it is “right” for citizens to demand reforms, it is up to Peduto to ensure that these reforms are enforced. It’s time for Peduto to take a definitive stand for what’s right and for what actually matters. The Black Lives Matter movement is not a political issue — it’s a human rights issue. He must support it with unbridled effort and start making meaningful reforms to our City’s system.