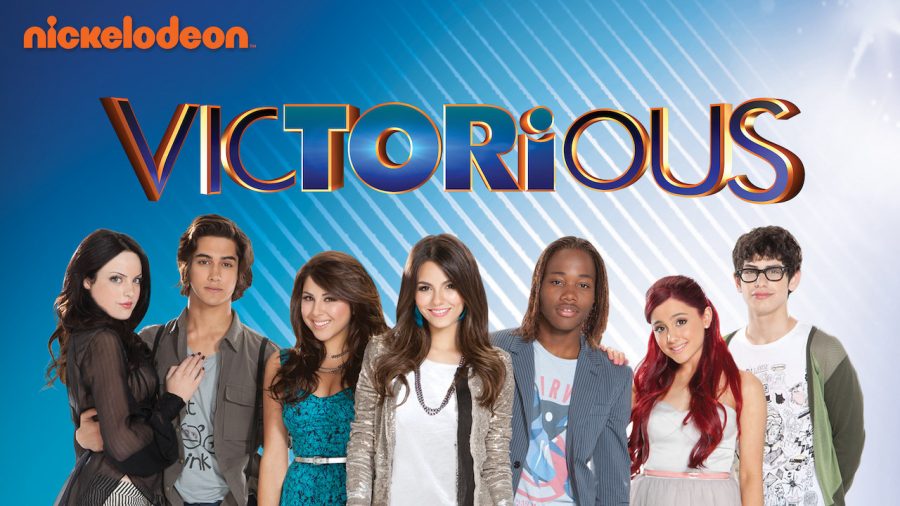 You can’t stop the beat — and with streaming recommendations this good, why would you want to? This weekend, we’re thinking of everything musical. From Broadway adaptations to stand-alone episodes, you’ll be tapping your foot in no time.

Not a musical in the strictest sense, but full of better original music than you’ll find at most years’ Tonys, “Josie and the Pussycats” is Harry Elfont and Deborah Kaplan’s pitch-perfect masterpiece of arts industry satire. Based loosely on the Archie Comics characters of the same name (they can now be seen, I’m told, on “Riverdale”), “Josie” takes the relative innocence of the Archie brand and feeds it through a bizarre wringer, layering on a totally self-aware plot focused on advertisements being fed through popular music as subliminal messaging.

It’s a wonderful send-up of an ever-increasingly corporate-dominated America. If you add in an album’s worth of truly excellent pop-punk songs, a magical performance from a seemingly deranged Parker Posey, an all-around sense of complete enjoyability and a truly insane number of hilarious gags (it’s really stacked from top to bottom with killer jokes), you have an unsung near-masterpiece that only grows in relevance with every passing year. By the time the movie’s own subliminal messaging kicks in to quickly urge you to “Join the Army!,” you’ve been completely swept up in a charming, smart and extremely funny story of friendship, corporate malfeasance and the power of music. You know, a normal teen comedy.

“The Cave of Two Lovers” — Avatar: The Last Airbender (Netflix) // Julianna Poljak, For The Pitt News

I’ll be honest, I watched the animated series “Avatar: The Last Airbender” for the first time this summer, and I think it changed my life. For those unfamiliar, the show follows 12-year-old Aang and his friends as they travel the world in search of masters from each nation. In this world, there are four nations — fire nation, water tribes, earth kingdom and air nomads, each with benders who can control their respective elements. But Aang is special — he is the Avatar, the only one who can control all four elements.

The show covers many themes, both light and dark, but there is one episode that I can always count on to lift my spirits. Season 2 Episode 2 “The Cave of Two Lovers” is one of the more musically led episodes. The “Gaang” must travel through a cave with their newfound friends, a group of music-loving nomads. In the episode, the nomads sing about the legend of the lover’s cave in their song “Secret Tunnel,” and the tune is unbelievably catchy. There’s even a few remixes on YouTube because of the vast popularity of the song. Between the wind instruments and strokes of ukulele, the light-hearted song is guaranteed to put anyone in a good mood.

“Community” is the wittier, more ridiculous cousin of “Brooklyn 99” (which is copaganda), or maybe the lovechild of “Glee” and “It’s Always Sunny in Philadelphia” — a hopeful, offbeat satire that sends up more comfortable sitcoms and turns television tropes, if not on their heads, then strongly tilted. Its best episodes are also its most ridiculous — implausible parodies of other pop culture fixtures. The show hinges on pop culture references and self-aware satire.

Abed, one of the main characters and an autistic gem, refers to their school semesters as seasons, and often points out the show’s own short-comings as implausible or “bad TV.” “Regional Holiday Music” takes the best of Community and its characters, and adds music. The show’s best episodes are anchored by Abed, whose self-aware referential humor is sometimes uncomfortably honest and always well-timed. “Regional Holiday Music” is no different — in an effort to force holiday cheer and to be with his friends, Abed offers to fill in for the Glee Club after they have a “collective mental-breakdown,” and recruits his friends one-by-one with holiday-adjacent songs tailored to their own vanities and desires. The best songs are “Baby Boomer Santa” and “Christmas Infiltration,” which always prompts an “oh yeah, Donald Glover can rap” from my boyfriend. But honestly, every original song from the episode is a winner, and the episode is so strong that it doesn’t matter that it isn’t nearly Christmastime.

If you’re in the market for a movie-musical, look no further than Richard LaGravenese’s faithful film adaptation of Jason Robert Brown’s hidden gem “The Last Five Years,” available for free on YouTube with ads. One of the most innovative musicals of the 21st century, the entire production has only two speaking roles — Cathy (Anna Kendrick) and Jamie (Jeremy Jordan, of “Newsies” fame). The most unique aspect of the show is its approach to time. Cathy moves backward through time, and Jamie moves forward. The first song in the show, “Still Hurting,” is sung by a devastated Cathy after Jamie files for divorce. Fast enough to give a viewer whiplash, the next song is belted by an infatuated Jamie on his first night with Cathy. The two only interact on stage smack in the middle of the five years, at their wedding. By the end of the movie, both the audience and Jamie know that divorce is imminent. Thus, the saddest song of all is also the most joyful — ”Goodbye Until Tomorrow,” where a giddy Cathy thanks God she’s met Jamie for the first time, delights in the possibilities of their relationship, and proclaims that she has been waiting for someone like him forever.

Anyone who spent the early 2010s buying mustache-themed accessories from Justice or getting down to LMFAO’s “Party Rock Anthem” at a sixth grade dance will probably remember this Nickelodeon classic. “Victorious” follows the clear-skinned, wavy-haired, moderately talented Tori Vega (Victoria Justice) as she navigates adolescence at a performing arts high school. The show’s real charm, however, comes not from Tori but from a cast of quirky side characters, such as Cat (Ariana Grande), a ditzy yet lovable redhead and Robbie (Matt Bennett), a nerdy boy who carries around a sassy puppet with a mind of its own.

Because it takes place at a performing arts high school, the show is full of catchy musical numbers interlaced into the plot. I think I speak for every girl who grew up with “Victorious” when I say watching Tori and Jade (Liz Gillies) reject two creepy dudes at a karaoke restaurant by singing “Take a Hint” solidified my blossoming feminism. Also of note is the episode “Breakfast Bunch,” a spoof of “The Breakfast Club,” full of the awkward dancing, absurd humor and genuine banter that makes “Victorious” so naively loveable, even a decade later.