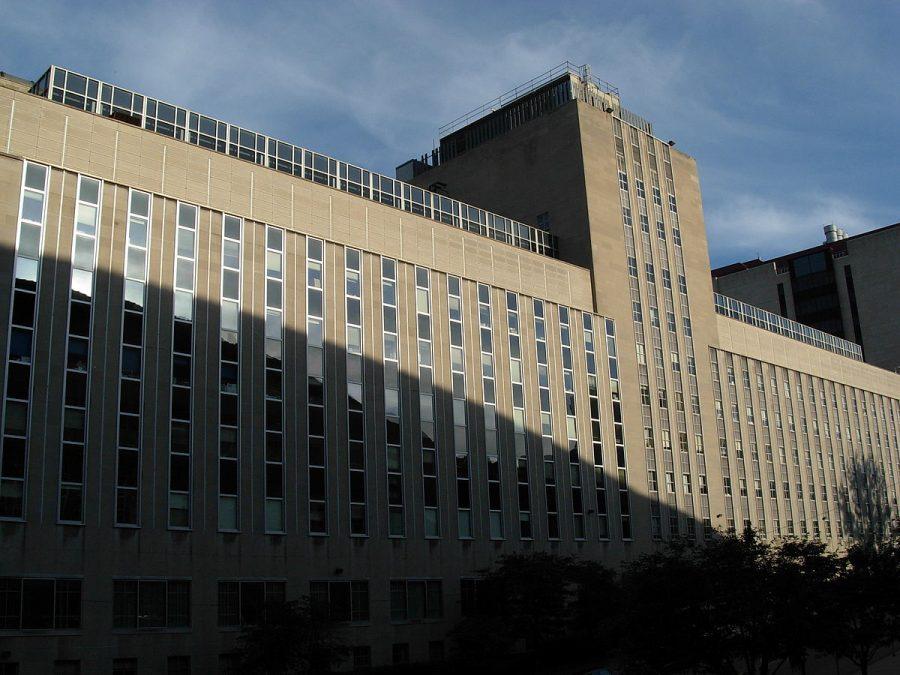 Chancellor Patrick Gallagher announced that Scaife Hall would not be renamed. Renaming Scaife Hall was one of Black medical students’ demands sent to the dean of the School in June.

Chancellor Patrick Gallagher announced that a working group charged with investigating Scaife Hall’s name found no reason to continue with the renaming process. Renaming Scaife Hall, home to Pitt’s School of Medicine, was one of Black medical students’ demands that was sent to the School’s dean in June.

The building is named after Alan Magee Scaife, the father to Richard Mellon Scaife and Cordelia Scaife May, heirs to the Mellon fortune. May gave more than $180 million to anti-immigrant and eugenics causes through the family’s Colcom Foundation.

Gallagher said in an update sent out last Wednesday that the working group found that Alan Magee Scaife’s legacy was different from his family’s. He added that Pitt will work to update signage to better reflect the building’s correct name of Alan Magee Scaife Hall, rather than Scaife Hall.

“The working group learned that the concerns raised by our community involved one member of the Scaife family who created the Colcom Foundation,” Gallagher said. “The true namesake of Scaife Hall, Alan Magee Scaife, carved out a very different legacy that included substantial and direct ties to Pitt.”

Gallagher said the working group found that “the University could have prevented this misunderstanding by naming the facility the Alan Magee Scaife Hall, as originally intended.”

The renaming process, which requires approval from the board of trustees, was last used for Pitt’s Public Health building, then Parran Hall. Parran, a former Pitt dean, presided over the Tuskegee and Guatemala syphilis experiments during his time as U.S. surgeon general. The building was renamed two years ago.

Members of the working group said in a memo addressed to Gallagher that they did not find record that Scaife or his wife were involved with the Colcom Foundation and that as chairperson of the Board of Trustees he “forged significant partnerships with predominantly Black neighborhoods.”

The memo also said that the working group found no evidence that Scaife advanced “significant” University policies that hurt minorities at Pitt, and that he supported causes like the United Negro College Fund and the Freedom House Ambulance Service.

“It is clear in the reviewed materials that Scaife — while leading the Board — had a broad vision for improving Pittsburgh and that this vision included making health services available to all members of the community,” the memo said.

Gallagher also noted that Scaife’s grandson and granddaughter along with his wife have formed the DSF Charitable Foundation, which has supported multiple local nonprofits and University projects. This includes providing seed funding for the Pittsburgh Institute for Neurodegenerative Diseases, which started Pitt’s efforts to build Biomedical Science Tower III.

Gallagher said the Pitt community should not stop fighting for racial justice on campus, though.

“I remain deeply grateful for our University community’s continued quest to address issues of racial inequity and injustice at every turn,” Gallagher said. “Our efforts on this front are both mission critical and vital to our pursuit of a fairer, better society for all.”

Members of the working group included:

Zachary Brodt, University archivist with the University Library System
Edward Galloway, associate University librarian for Archives and Special Collections with the University Library System
Laurence Glasco, associate professor in the Department of History
David Grinnell, coordinator of archives and manuscripts with the University Library System
Kathy Humphrey, senior vice chancellor for engagement and secretary to the Board of Trustees
Naudia Jonassaint, vice chair for diversity and inclusion in the Department of Medicine and medical director of Hepatology
Chenits Pettigrew Jr., assistant dean for student affairs and director of diversity programs within the School of Medicine
Katie Pope, associate vice chancellor for Civil Rights and Title IX in the Office of Diversity and Inclusion
Kirk Savage, professor and chair of the Department of History of Art and Architecture
Jeannette South-Paul, retired Andrew W. Mathieson UPMC professor and chair in the Department of Family Medicine within the School of Medicine