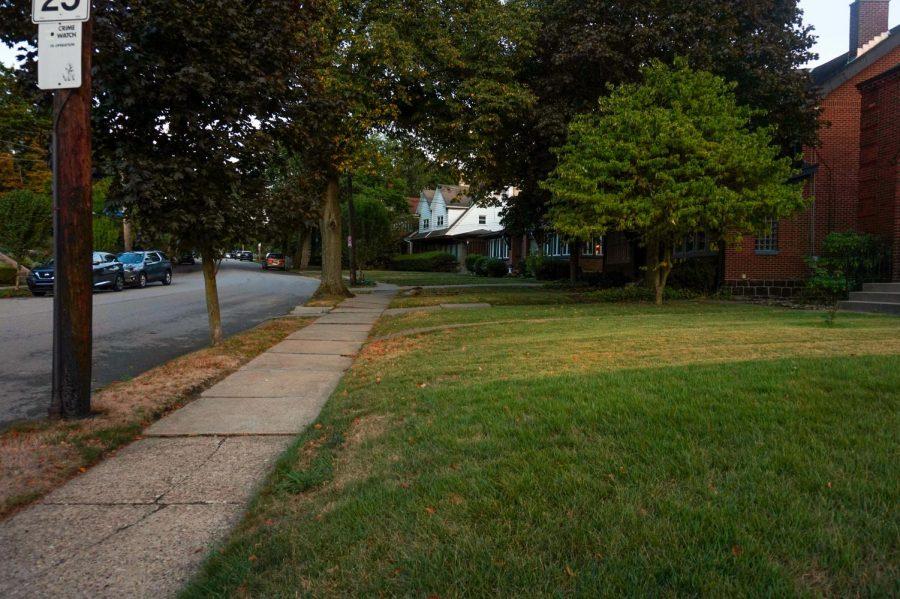 Staff Columnist Dalia Maeroff has many times become infuriated by lawns on her summertime walks.

On my almost-daily socially distanced walks this summer, I have become more infuriated by one thing in particular — lawns.

Lawns are suburban status symbols consisting of massive patches of grass in front of people’s houses that are seldom used but meticulously maintained, watered with sprinklers under the glaring sun and mowed by obnoxiously loud mowers that distracted my summer studies. Quite frankly, lawns are nothing but an aesthetic status symbol and a waste of space that could be used to grow food or to house native flora and fauna.

Lawns have been used for centuries as a way for the wealthy to separate themselves from the poor and have not been accessible to the general public until relatively recently.

Despite how ingrained lawns are into our culture, they are a relatively recent development. French and English monarchs, elites and landowners began planting the very first lawns in the 16th century. Landowners were dependent on human labor to maintain these lawns, and before lawn mowers, there was only a scythe and hands to pick out weeds. Lawns showed neighbors that landowners had enough class, time and money to maintain a patch of land that was completely unproductive. Influential American figures such as George Washington and Thomas Jefferson emulated the lawns they had seen in Europe, hence the green spaces at Mount Vernon and Monticello. The invention and popularization of owning a car and long-distance travel in the 1920s became a driving factor to make the front of one’s home look nice. Houses were built facing roads and railways to make the view out of the window more pleasant to the traveler. This accelerated further during the post-war period, where cookie-cutter suburbs such as Levittown included lawns as part of their communities. Lawns were and still are a status symbol of the wealthy, and cheap homes with lawns were a huge draw to the American middle class.

Suburbs cut into native animal habitats and cause fragmentation — these areas used to be home to native plants, the most vital to keep a habitat healthy and prosperous. About 99% of the tallgrass prairie in North America has been cleared due to human development. The animals no longer possess a clear path through their environment, and have to cross into human territory to find food, water and shelter. Habitat fragmentation also decreases biodiversity and can result in a disrupt in gene flow and inbreeding. Planting native plants in your yard helps to combat this fragmentation by giving native animals a place to eat and rest.

Americans spent a record $47.8 billion on their lawns in 2018. To give you an idea of how much money that is, it would take approximately $25 billion to completely solve hunger in the United States, which, as of 2018, affected 37 million people, 11 million of which were children. About 11.1% of households in America are food insecure, meaning that the household does not have reliable access to affordable, nutritious food. One in seven of those households include children. In some states, the percentage of households that are food insecure is much higher, such as in New Mexico, where the percentage is 17.9%. Nearly one-fifth of New Mexico’s households do not have enough affordable and nutritious food on the table. Growing food in place of tending lawns seems like a pretty good idea.

One person needs about 5 acres to grow a sustainable amount of food. One square mile is 640 acres, meaning that a square mile could feed 128 people. As of 2005, lawns cover about 63,000 miles of the United States — about the size of Texas. It is now 2020, and suburban sprawl has definitely not stopped, meaning there are plenty more lawns to farm. But based on that 63,000-mile figure, we could feed a little over 8 million of those 37 million people.

Despite all of this, people still care meticulously for their lawns with sprinklers and pesticides, and suburbs still enforce their inch-and-a-half blades of grass. To put it quite simply, we cannot continue to have lawns while preaching sustainability and how much we wish the world could put an end to hunger. Too many are not privileged enough to be able to have food on the table. It starts with action — tear up your lawn and plant your vegetables and fruits and give some to your neighbor. I promise it’ll make their day. If not, donate it to a food bank.

If you don’t think growing food is your forte, keeping native plants in your yard attracts native fauna, which not only makes for an exciting animal-watching space, but also helps the environment. To the United States, it’s time to rethink your lawn and order.