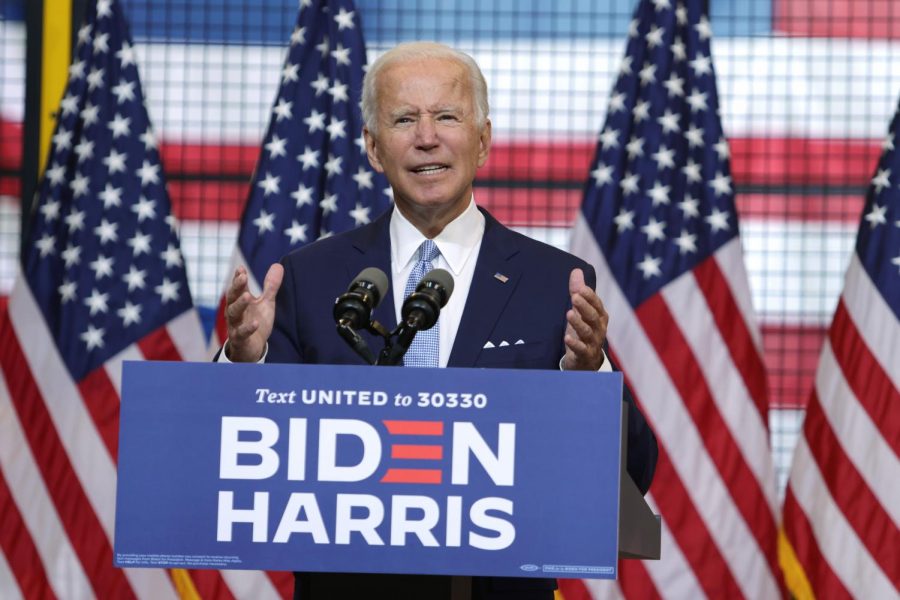 Democratic presidential nominee Joe Biden visited Pittsburgh on Monday afternoon in his first major campaign stop since the Democratic National Convention last month. He spoke at Hazelwood Green, an upcoming real estate development in Mill 19, a building which will soon house a robotics operation and a manufacturing engineering space in partnership with Carnegie Mellon University.

Biden argued that Americans will not be safe if President Donald Trump is re-elected, and defended himself against the Trump campaign’s attacks on his morality and rumors of radical socialism. Additionally, he assured people that he is not planning on banning fracking, a major industry in Pennsylvania, something Trump has accused him of before. Biden added that he can handle the current situation — more than 5 million COVID-19 cases have been logged in the United States since January — and bring about positive change.

His 25-minute speech was attended by more than 100 Biden supporters, as well as several Trump supporters. Attendees listened to the speech through their phones as they were not able to get close enough to even see Biden due to COVID-19 restrictions.

Biden also remembered the killings of Jacob Blake, George Floyd and Breonna Taylor by police officers and has personally met with the families of Blake and Floyd. He talked about the violence caused by white supremicists, right-wing militias and vigilantes. Although he condemned violent acts of racial injustices, he said he does not believe that “lawlessness” is the answer to fixing racial inequality.

Because Pennsylvania is a swing state — the state historically swings between either party in an election — this stop on his campaign tour is especially important. Currently, Biden is polling ahead of Trump at 49-44.3 in Pennsylvania, according to a RealClearPolitics polling average.

Biden took the offensive, reminding the public of Trump’s plans to end the Affordable Care Act, his plan to defund Social Security and his close relationship with Russian president Vladmir Putin. He also accused Trump of supporting violence and chaos. Biden said Trump is a toxin that must be removed from power.