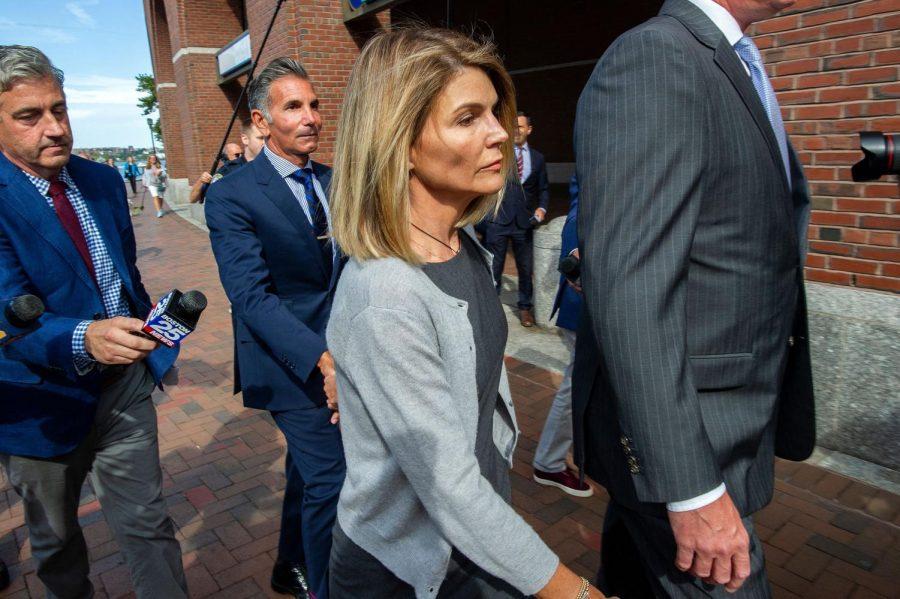 Many college students remember the infamous college admissions scandal that was all the buzz in May 2019. One of the most scandalous parts about it was that it involved two high-profile actresses — Lori Loughlin of “Full House” and Felicity Huffman of “Desperate Housewives” — who bribed admissions and standardized test proctors in order to ensure their children’s acceptances into top universities.

It was recently announced that Loughlin was sentenced to two months in prison for her involvement, and her husband, Mossimo Giannulli, was sentenced five months. Last year, Huffman received a mere 14 days in prison for paying $15,000 to have her daughter’s exam answers secretly corrected in 2017.

These light sentences are yet another example of the flaws in the U.S. criminal justice system. While there are thousands of Americans serving years in prison for marijuana possession or for crimes they did not even commit, people such as Loughlin and Huffman continue to use their privilege and wealth to finesse the system in their favor.

Now obviously drug charges and bribing University of Southern California admissions are two vastly different crimes. But it begs the question — if Loughlin was a lot less famous, less wealthy or a person of color, would she have been able to negotiate that same two-month sentence? There were even reports back in January that Loughlin hired a “prison coach” to teach her “prison etiquette” — such as avoiding eye contact with other prisoners — and martial arts. If it wasn’t for her celebrity status and white privilege, I’m almost certain a prison coach would not have been part of her pre-incarceration regimen.

A controversial case that has recently resurfaced in reaction to Huffman’s two-week sentence is that of Kelley Williams-Bolar — a single, Black mother from Ohio who was imprisoned for falsifying her address in order to enroll her children in a better public school. This happened nearly a decade ago, but it is still extremely relevant today.

Williams-Bolar had recently divorced her abusive husband and was attending the University of Akron and working as a teacher’s aide all while raising her two daughters, Kayla and Jada. She wanted them to have more opportunities than she had growing up. But because the schools in Akron were low-performing and poorly funded, she decided to send her daughters to a highly regarded school in the Copley-Fairlawn school district. However, the girls were ineligible to attend school there, even though their father actually lived within that district’s boundaries.

This is what is called “boundary hopping” or “district hopping,” and while this is not an uncommon thing, it is uncommon for parents to be charged with a felony, rather than just receiving a fine or telling the parents to unenroll their kids. The Copley-Fairlawn school went as far as to hire a private investigator who stalked Williams-Bolar in order to prove she was “out of bounds.” She ended up getting convicted and handed two concurrent five-year sentences, though they were ultimately suspended down to 10 days.

But research shows that some school districts have become increasingly strict and more aggressive when they suspect a student may be boundary hopping. Maura McInerney, an attorney with the Education Law Center, said there is often implicit racial bias involved in these cases.

“Disproportionately, we have this implicit racial bias that’s driving these referrals,” McInerney said. “That’s driving people to call the school district and say, ‘You should investigate this family.’”

Also in 2011, Tonya McDowell, a homeless single mother in Connecticut, was charged with similar crimes to Williams-Bolar for using her babysitter’s address to enroll her son in a school in a wealthier district. McDowell was sentenced to five years in prison — which included a conviction for selling narcotics — and the babysitter lost custody of her own children and was evicted from her home.

All of this happened because a mother wanted her son to go to a school with quality teachers and access to basic things such as books and crayons. In the grand scheme of things, Loughlin, Huffman, Williams-Bolar and McDowell all had the same goal — to achieve a better education for their children. They each tried to take advantage of a system they thought was unfair, but they did this through very different means.

Williams-Bolar’s and McDowell’s children were prevented from going to certain public schools because they did not have the means to live in those wealthy districts, but for Loughlin and Huffman, means was not the issue. Because they did not believe their children could be accepted into top universities based on their own merit, they decided to bribe their way in, and ultimately prevented other qualified applicants from admission.

Loughlin was one of 33 parents who used bribery and fraud to get their children into top colleges and universities. Whether her two-month sentence is justified or not, she is just one of many privileged parents who have further exposed the injustices within both the admissions process and the criminal justice system. Ultimately, the real victims here are the qualified individuals who are deserving of spots in top schools, as well as those who face harsh consequences for trying to give their children opportunities that were not available to them.