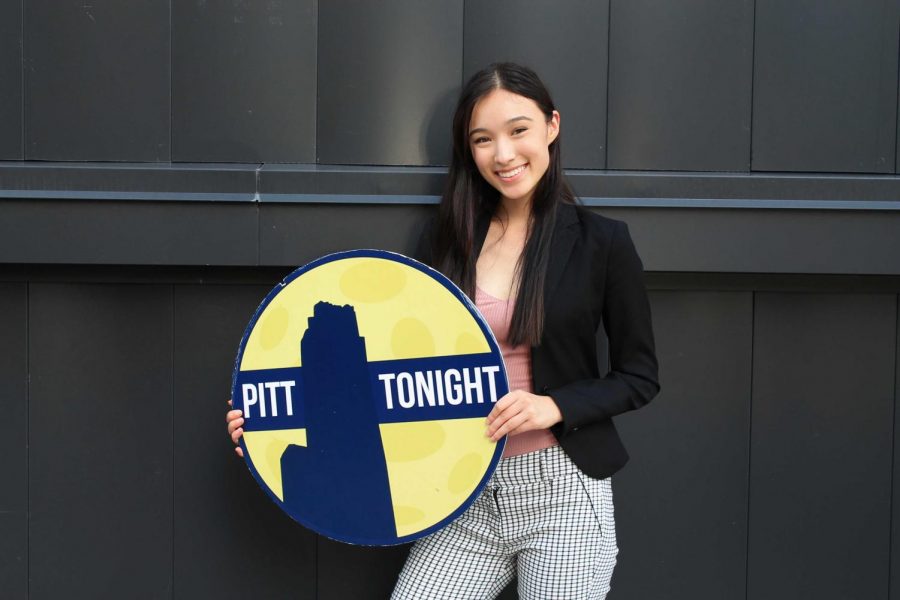 Pitt Tonight returned triumphantly on Aug. 30 with the virtual premier of its sixth season, featuring an audience made up of stuffed animals and correspondents staring into the abyss until it stared back.

Filming this season was different from past seasons due to social distancing guidelines and Chuah said they had to adapt to the new process.

“I was able to have like two other people in my apartment filming and just helping with production,” Chuah said. “In general it’s hard because everyone has to wear a mask and I can’t wear a mask because I am being filmed. I never want to make anyone uncomfortable.”

While Chuah has had previous experience performing on stage with Pitt’s improv group Ruckus, she said recording without an audience was a new experience.

“I just had to deliver all these different jokes and get absolutely no feedback from an audience, no laughter, and just keep going, but I had a really good time with it,” Chuah said. “It was very comforting to see my stuffed animals smiling back at me. It was definitely a challenge, but it was fun.”

Another new experience for Chuah was watching her own recorded performance.

“I don’t get to see any of the recording until it comes out on YouTube,” Chuah said. “I’m not used to watching myself perform so I was really just nervous to not only see the footage for the first time along with everyone else but also to just watch myself.”

Tess Roth, executive producer for the show and a senior double majoring in marketing and supply chain management, said planning this new season was different than in past years, since they had to do a lot more preparation in order to keep their distance.

“Basically we conversed a lot virtually, whether that be through GroupMe or personal one-on-one meetings, in order to plan for the episode and chose a time to film our content, and planned out how we could do that safely,” Roth said. “That was very different than what we’re used to, but that I think would be a good new normal for us.”

Chuah said they filmed most of the episode the Sunday before it premiered, but the Zoom interview with Student Government Board President Eric Macadangdang was recorded the following Friday. The interview portion has been a staple of the show, and Chauh said being able to do interviews separately from the rest of the episode presents their team with new possibilities.

“One upside is that now we don’t have the coming in-person we don’t need to find someone that necessarily has time to be in Pittsburgh on a Sunday night,” Chuah said. “It really expands the guests that we can have on the show because we’re not just limited to Pittsburgh and then we’re not even limited to people who could physically be there at a certain time.”

Even before filming, the Pitt Tonight crew works to write the sketches and monologue for each episode, with input coming from various departments, according to Roth.

“Sometimes it will start with the writers having an idea and then they pitch that within their department, and then to everyone else and then we kind of build off of that idea,” Roth said. “But then also sometimes it could start in the production department, from the idea of one of those staff members, and the marketing department as well.”

Chuah said the writing crew goes through several ideas and sketches to come up with the jokes for a given episode.

Chuah said she is looking forward to making the most of their new format and exploring the comedic possibilities in future episodes.

“Since we are going to be virtual at least for the foreseeable future in order to stay safe, I am just really excited about experimenting with the medium,” Chuah said. “I like us trying to do different takes on it and trying to see how we can incorporate using Zoom to be funny.”